THE LATEST ON SOCIAL SECURITY 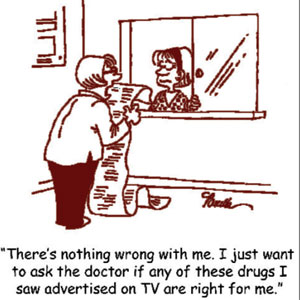 Social Security gets its first COLA since 2009. As moderate inflation has made a comeback, the federal government has decided to boost Social Security benefits by 3.6 percent for 2012. This means an average increase of $39 per month for 55 million Social Security recipients ($467 for all of 2012). Also, more than 8 million Americans who get Supplemental Security Income will get $18 more per month ($216 for 2012).

There are two things to note in the fine print.

• A COLA increase in Social Security means that Medicare premiums can also increase. Much of the 2012 COLA adjustment could effectively be eaten up this way, as Medicare premiums are automatically deducted from Social Security checks. (2012 Medicare Part B premiums should be announced before the end of October.)
• Businesses should note that the Social Security wage base will rise to $110,100 for 2012. Currently, the federal government levies payroll tax on the first $106,800 of income; next year, that ceiling rises by $3,300. This means about 10 million more high-earning Americans will be subject to the payroll tax, which could vary anywhere from 3.1 percent to 6.2 percent in 2012 depending on legislative action (or inaction).

Will the “super committee” of 12 make cuts to the program? It’s uncertain; the deadline for the long-term budget reform plan from Congress was November 23, and the bipartisan and Joint Select Committee on Deficit Reduction (a.k.a. the “supercommittee”) has been meeting more or less in secret, with AARP and other lobbyists pressuring them not to cut Social Security and Medicare.

How might Social Security address its long-term shortfall? Proposals abound, from simple fixes to radical reforms.

• President Obama’s fiscal commission has suggested raising the FICA cap. In this proposal, the payroll tax cap would gradually increase between now and 2050 so that 90 percent of wages earned in America would be subject to Social Security tax by the middle of the century. (This is how it used to be.) Under this plan, the taxable maximum would be $190,000 by 2020.
• Rep. Paul Ryan (R-Wis.), Chair of the House Budget Committee, has authored the GOP’s “Path to Prosperity” plan, the so-called “Ryan roadmap” that would encourage workers under age 55 to direct some of their payroll taxes into personal retirement accounts. Rep. Ryan’s proposal would also index initial Social Security benefits for most retirees to price growth instead of average wage growth and set the age for Social Security eligibility at 67.
• The conservative Heritage Foundation suggests a five-year strategy in its Saving the American Dream proposal, which calls a reduction in Social Security benefits for the richest 9 percent of retirees, a $10,000 tax exemption for all who work past the federal retirement age, and the near-term elimination of taxation of Social Security income.
• Republican presidential candidate Herman Cain has proposed replacing Social Security with the “Chilean model”. In the early 1980s, Chile’s government ended its retirement entitlement program and put retirement planning solely in the hands of individuals, who maintain personal retirement investment accounts and set their own contribution levels and retirement dates. Investor’s Business Daily notes that on average, the program has yielded better than 9.2 percent compounded annual returns over 30 years.
• Twelve fixes were suggested in a 2010 report issued by the U.S. Senate Special Committee on Aging, among them: (1) A 3 percent cut in benefits. (2) Taking the payroll tax to 7.3 percent. (3) Hiking the full retirement age to 68 or older. (4) Increasing the Social Security averaging period that determines SSI. (5) Reducing the typical yearly COLA by 1 percent or 0.5 percent. (6) Reducing spousal benefits. (7) Investing some of Social Security’s trust funds in equities. (8) Directing some estate tax revenues into Social Security’s trust fund.

[Moneywise is hosted by Rajesh Jyotishi with Shalin Financial Services, Inc. Rajesh is an investment advisor representative of Resource Horizons Group, L.L.C., a registered broker-dealer, and a member FINRA/SIPC. Advisory services offered through Resource Horizons Investment Advisory. Rajesh has been in the insurance, investments and financial planning field since 1991. For questions, he can be reached at 770-451-1932, ext. 101. Rajesh@khabar.com.]