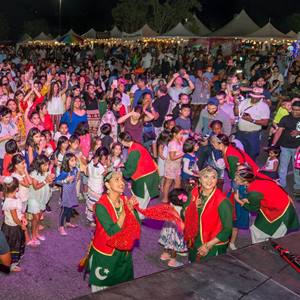 After tallying up all the receipts and cutting all the checks, organizers of the Atlanta International Night Market held in Alpharetta on October 5-7, 2018 announced that this year was their best yet. Over 58,000 people attended the three-day event outside North Point Mall. Over 70 countries were represented, including South Asian. Nonprofits like Raksha were partners. And the food!—a Veggie Village showcased delicious cuisines from the international vendors.

The Atlanta International Night Market (AINM) is a nonprofit that organizes multicultural festivals in the Greater Atlanta area. The organization was founded in 2016 by immigrants in the Atlanta business community for the purpose of promoting and celebrating the diversity of the Greater Metro area’s population. The list of sponsors has been a “murderer’s row” of corporate benefactors, including BB&T, Telemundo, and UPS.

The first two events occurred at Gwinnett Place Mall in April 2017 and Northlake Mall in November 2017, respectively. All three events have been styled after the night markets that are particularly popular in the warmer climates of Southeast Asia.

“In Vietnam, the night market is the place people go to enjoy the experience of community with their neighbors,” said AINM president David Lee, who came to the U.S. when he was 12.

That community, Lee explained, was what his team hoped to accomplish with AINM: “We want this to be the place where all of Atlanta’s communities enjoy each other.”

Indian fashionistas put on a show.

This year saw the addition of several new attractions to the staples of food, shopping, and entertainment. The “BB&T International Village” offered attendees the opportunity to learn about different cultures at the tables of 16 diaspora organizations, and flag-waving children from each represented nationality at the Market took part in an opening ceremony parade of flags on Friday.

Irina Levterova-Bhatia, an Alpharetta resident who was born in Ukraine, made a point of attending with her Indian-American husband, Suvir Bhatia.

“My very sophisticated foodie friends say this is the best food event in Atlanta,” she said.

Her husband says they definitely plan to return next year. “We got to taste maybe half of what we wanted.”

“Alpharetta was exactly the right place to hold the third Night Market,” she said. “The population is diverse and open-minded, and we’ve never received more enthusiastic support for our presence than we have from North Point Mall and the Alpharetta Convention and Visitors Bureau, our platinum sponsor.”

Does that mean that venues looking to bid for the fourth Atlanta International Night Market shouldn’t bother?

“I would say Alpharetta is a very strong contender,” Volle said, “but the decision hasn’t been made yet.” 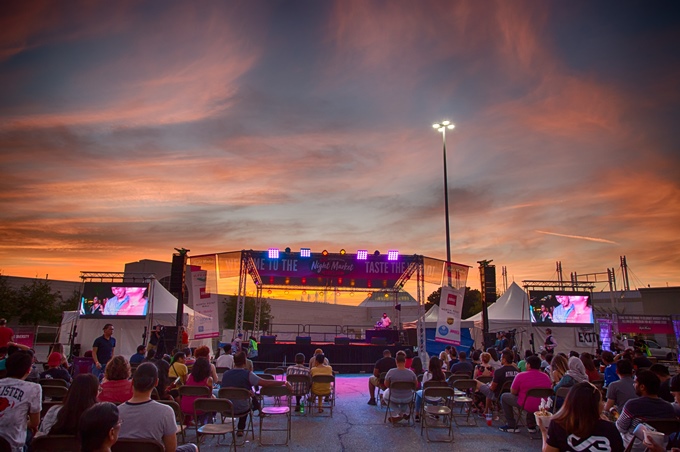 The next night market that AINM engineers may not even occur in Georgia, however. Organizations in other cities have inquired about the nonprofit’s unique model, and AINM is investigating possible partnerships with them.

“Imagine cities all over the South, celebrating their diversity,” she said with a smile. 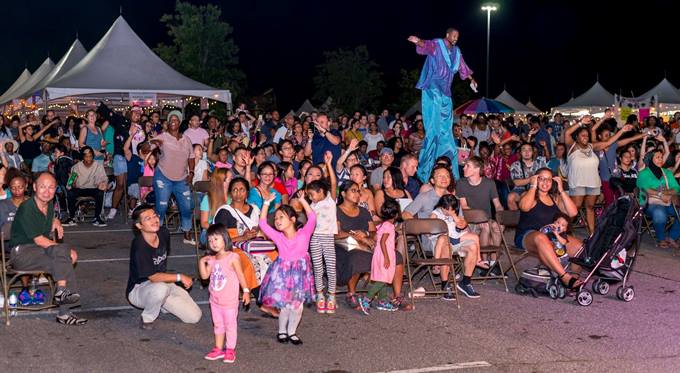