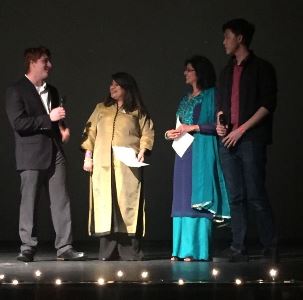 Raksha's Executive Director Aparna Bhattacharyya was given the Hope for Tomorrow Award at the International Women's House 10th annual “Night of New Beginnings” Gala. The award was given at Le Fais do-do event facility on March 17, 2018, in recognition of her work for women and children in the community.

Raksha's Executive Director Aparna Bhattacharyya with the Hope for Tomorrow Award given her by the International Women's House.

Ms. Bhattacharyya went on to share her hopes for a new tomorrow:
--her hope around youth throughout the nation who have been taking stands to address gun violence and access to mental health in their schools;
--to ensure that survivors don’t have to deal with anti-immigrant sentiment, Islamophobia, homophobia, or transphobia when seeking help and shelter when leaving abusive relationships;
--that schools and communities provide tools to create healthy relationships;
--that children witnessing and experiencing violence in their homes could have access to counseling and support without having to get their parent's consent;
--that our legislators are not creating laws that make it harder for survivors to come forward; that we have housing solutions that go beyond traditional shelter;
--that survivors don't have to worry about making three times their income in order to get an apartment for themselves and their children;
--that survivors don't have to live in one room hotels with their children for years before they can afford an apartment;
--and that ultimately, we will collectively have found a solution to end violence in our homes, schools, and communities. 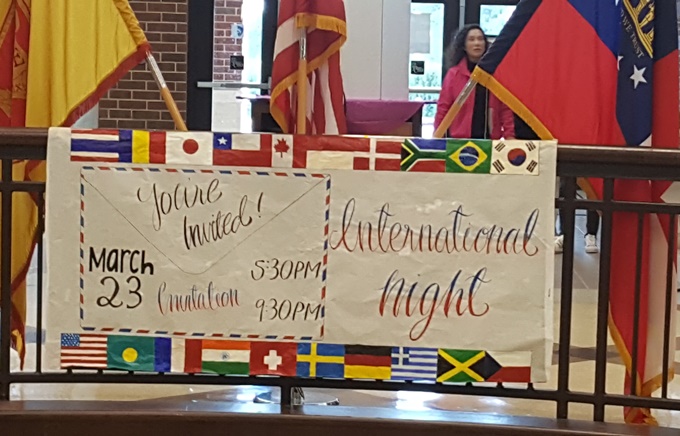 A few days later, on March 23, 2018, Johns Creek High School's Indian Cultural Exchange (ICE) hosted its “International Night” with international food and performances. For the third year in a row, the proceeds from International Night benefited Raksha, Inc's work in the community. Raksha is so proud of how the youth have organized to not only have a night that celebrates their heritage, but also gives back to the community. This year the students raised $1,635 for Raksha. Raksha’s Board Member Nisha Kapil and Executive Director Aparna Bhattacharyya thanked ICE for their continued support and leadership in making change in our communities. The hope for a new tomorrow is supported by youth such as these. 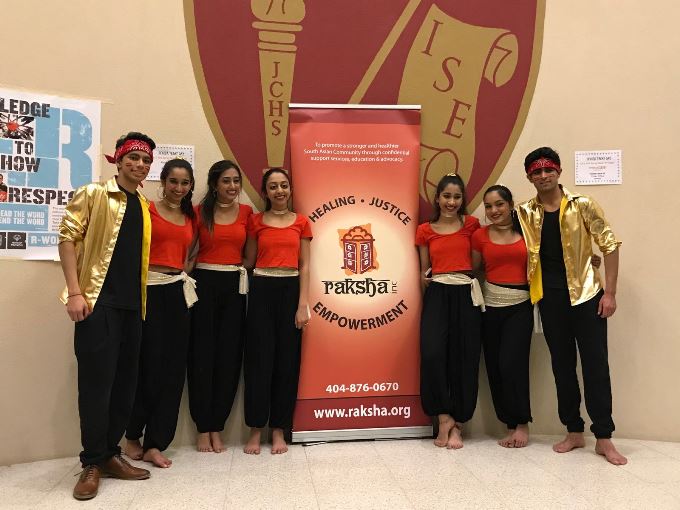