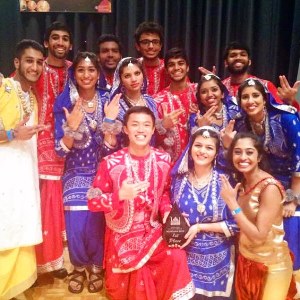 Sixteen Bollywood dance teams competed in “A-Town Showdown” on Saturday, February 13, 2016 at Georgia Tech’s Ferst Center. Now in its 5th year, ATS features both Garba-Raas and Bollywood-Fusion teams, and the winners earn a bid to the prestigious Bollywood America and Raas All Star national contests.

Exhibition acts this year were Jazba (GA Tech) and TNT – Trickanometry (Emory). And the national anthem singers this year were Bharat Sanders of Georgia Tech and Tejal Pandharpurkar of Emory. 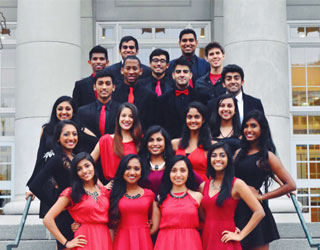 “I had an amazing time at this event. I am on NCSU Nazaare, and we have attended numerous competitions in the past, but I think it was safe to say that A-Town Showdown was our favorite. We were treated with such hospitality and every part of the event was run successfully,” said dancer Smrithi Selvaraj from NCSU Nazaare.

“I think that shows like this are important because it gives a chance for people to learn about their Indian culture. Each performance displayed a shared love for the Bollywood/Raas dance, and it gave exposure to those who may not know much about it. I attended as the captain of NCSU Nazaare, and my co-captain and I both decided that this would be a fun competition to attend because of everything we had heard about it in the past. Many people had told us that A-Town Showdown was an amazingly run competition, so we decided to apply and attend!” said Selvaraj. 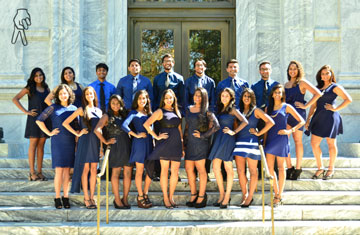 The dance teams had several themes including a Texan cowboy, a courtroom, police vs. mafia, a magician’s tricks, arranged marriage, James Bond 007, a gold mine, a school classroom, etc.