COVID-19  In-depth info for Indians in Atlanta/Georgia. Click here
Home > Magazine > Around Town > “Govinda Ala Re”: Janmashtami Celebration at Gokuldham

“Govinda Ala Re”: Janmashtami Celebration at Gokuldham 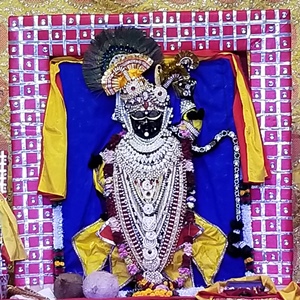 Thousands of vaishnavs emerged in large numbers from Atlanta and its surrounding cities to celebrate Janmashtami festival and the Nand Festival at the recently built Gokuldham Haveli in Buford, Georgia. 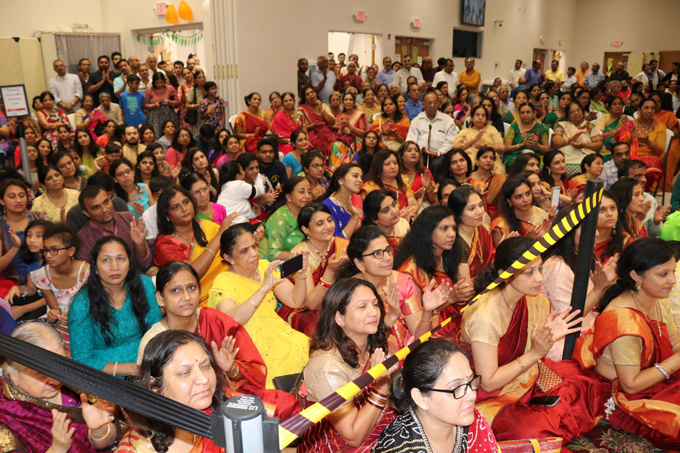 At around midnight, panchamrita abhishek was done with Vedic mantras and songs. After the abhishek bath was completed, vaishnavs celebrated the birth of Krishna with chanting of “Nand Ghere Nand Bhayo Jai Kaniya Lal ki.” The reverberations of this high energy chant transformed the entire haveli. 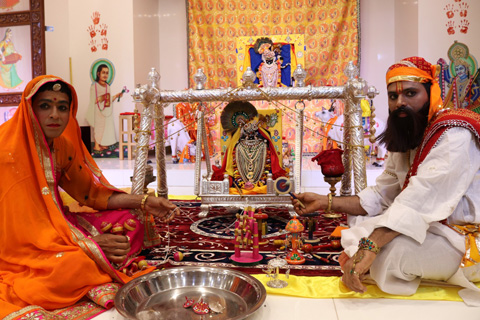 Krishna’s birth was also celebrated in the Shrimad Bhagwat story by Shri Yogesh Kumar Shastri ji. In addition, there was also a Krishna Bhakti Bhajan Sandhya program by singers AKS and Lakshmi where they sang devotional Krishna songs. 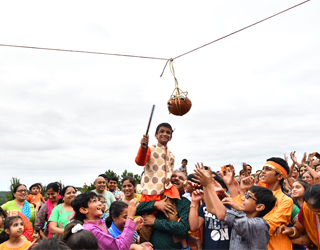 The next day, Nand Mahotsav festival was celebrated with huge excitement. The main manorathi, Vipin and Manorama bahen Majmudar, along with 200 other devotees who helped create the special silver swing, became emotional after seeing Nandlala swinging in that.

In a program of “matki phod,” the Gokuldham youth team and children team danced to the tunes of “Govinda Ala Re.” Mahaprasad was arranged with malpua and Milk Pak for vaishnavs.

(Left) “Matki Phod” was joyously celebrated with chants of “Govinda ala re,” and the customary breaking of the pot of butter.​