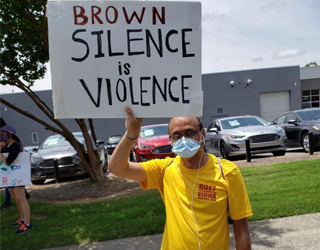 (Left: Vijay Vemulapalli, secretary of Vibha, lending his voice and presence to the BLM protest.)

As Black Lives Matter protests are occurring all around the country in the wake of George Floyd’s death, fight for justice and equality has gripped this nation. Suburbs around Atlanta are also witnessing protests, many of which are being widely attended by Indian American community members. 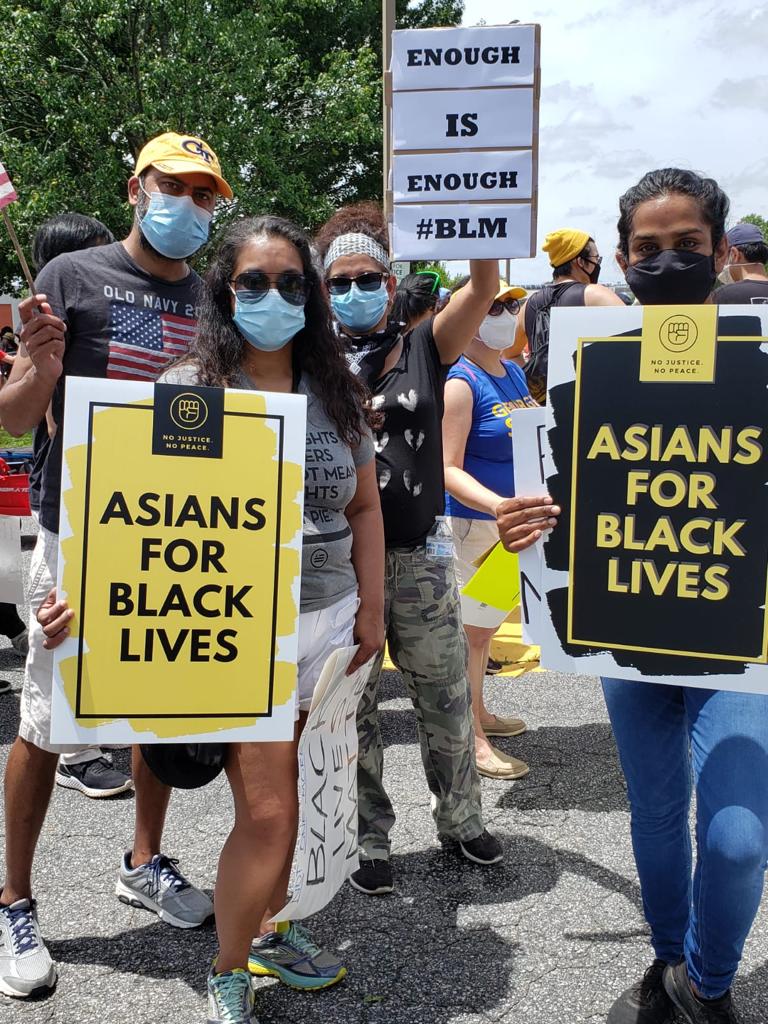 One such demonstration was in the city of Johns Creek. The group “We Are America” organized two one-mile marches from the Johns Creek City hall to the intersection of Medlock Bridge and Peachtree Industrial boulevard. The first protest drew a large crowd of over 400 people. It had the police escorting the crowd and making sure that everyone was safe.

Before the march commenced, the speakers delivered a powerful poem and statement about what it means to be black in America—the struggles in everyday life as if there is a target on their back. “Is the color of my skin a crime? Is it a crime to be black?,” exclaimed one of the speakers as an emotional silence hung over the group. This emotional start carried on for the rest of the protest. The demonstrators were not just passionate about the cause, but infuriated that these injustices had been carrying on. This notion was solidified as the entire crowd continued to chant, “Black Lives Matter” all through the march. 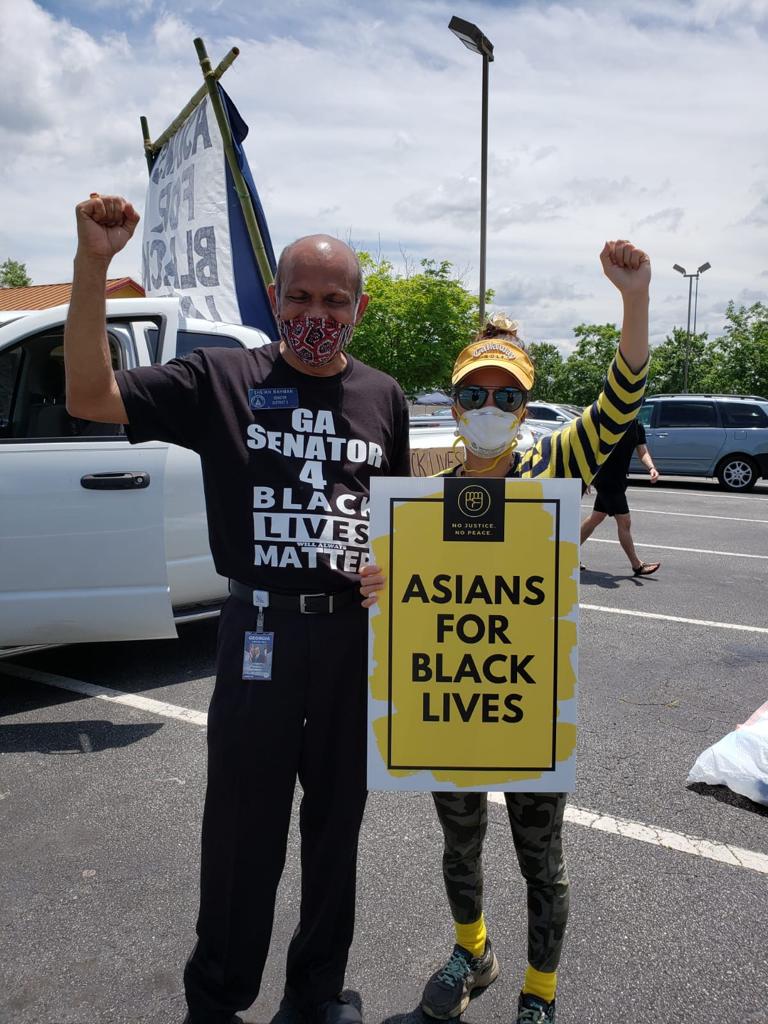 A similar scene was shown around the town as areas such as Northview High School, Alpharetta, Duluth, Suwanee, and Marietta held their own protests. What was interesting to note about these protests was the number of South-Asian and Indian American youth that participated in what they considered was their civic duty. In fact, some of the protests near the Northview area were organized by South Asian students. Many teens and younger children had come along with their families. At many protests one saw signs proclaiming, “Asians for BLM” and “Brown Silence is Violence.” When South Asian people were asked why they were protesting, most had a similar answer: “It is our duty to support them as they would support us.” Indeed, in every large or small scale protest, one will see a few South Asian protestors standing in solidarity with this revolutionary moment. 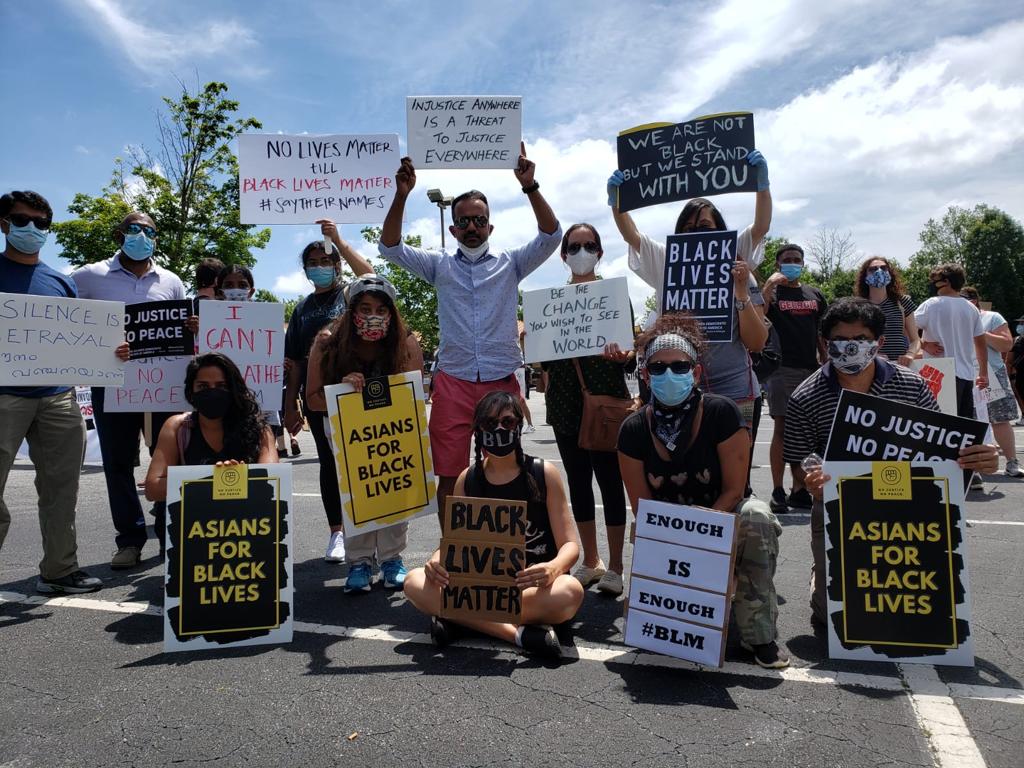