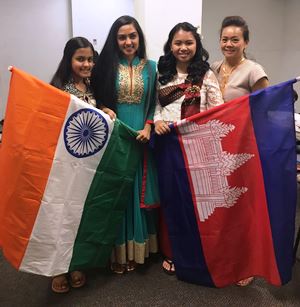 Hosting it for the second year in a row, the management went all out by squaring off the atrium and setting out chairs for patrons to sit and enjoy the 2-hour presentation full of culture, ethnic fashion show, brief keynote addresses, dance performances, and much more. This year each guest was presented with a large gold coffee cup filled with chocolate goodies and gift wrapped, plus bottled water and delicious tarts from Alon’s Bakery. Staff photographers were busy shooting away, and an audio system supported the program. At a desk sat a Chinese calligrapher who obligingly wrote your name in kanji.

The event began with Sachi Koto (former CNN International news anchor and founder of WWAAC) welcoming all to the Asian SpringFest and recognizing the partnership with Lenox management over the years. A poignant keynote address was given by Hon. Judge Alvin Wong, the first Asian Pacific American to run for public office in metro Atlanta and to be elected judge in the Southeast, serving the DeKalb County State Court in Georgia. The second keynote address was given by young Yijun Feng, #1 table tennis athlete, who represented the U.S. team at the Rio 2016 Olympic Games. Both speeches referred to Asian American contributions and how Asian Americans have found respect in the new millennium as hard workers and good spenders in the new economy. The cultural fashion show had the ladies in their ethnic finest, walking the pathway and intriguing the guests while the background voice described the formal attire and the occasions when it is usually worn. 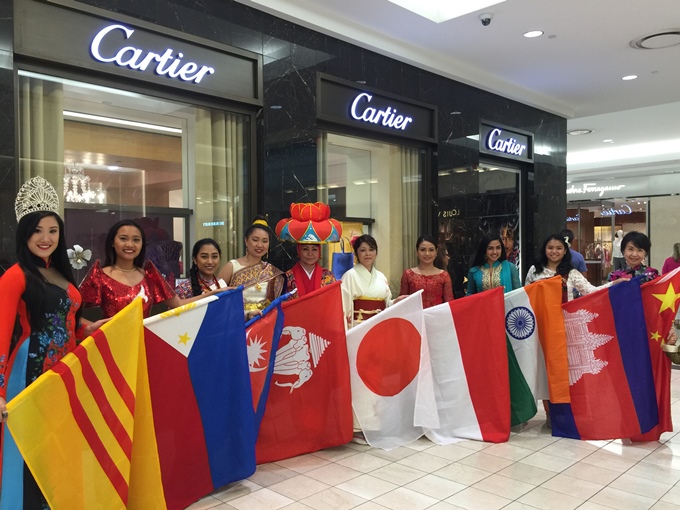 Dance performances included the Chinese Lion Dance by the Chien Hong King Fu School, which is always the big draw as various artist hidden underneath a huge lion costume use their hands and feet to make the Lion appear alive by twitching its ears, moving its eyes, stretching its neck, and so on. The next performance was the traditional Chieu Len Ban Thuong dance which was performed at the Vietnamese royal courts. Juta Tip Brown performed a Thai dance called the Ong Bak Culture Khon Dance. Accented with graceful movements, brilliant color, soft rhythm and radiating presence, this dance, too, was a tradition of royalty. Young kids of the Laotian Atlanta Community performed the Fon Dak Mai – Flower Dance. Much awaited, Sagnika Mukherjee’s high tempo Bollywood Fusion dance of Bharatanatyam mixed with contemporary moves was next. Trained in the classical arts of Bharat Natyam and Odissi, she danced to the very popular Bollywood hits. 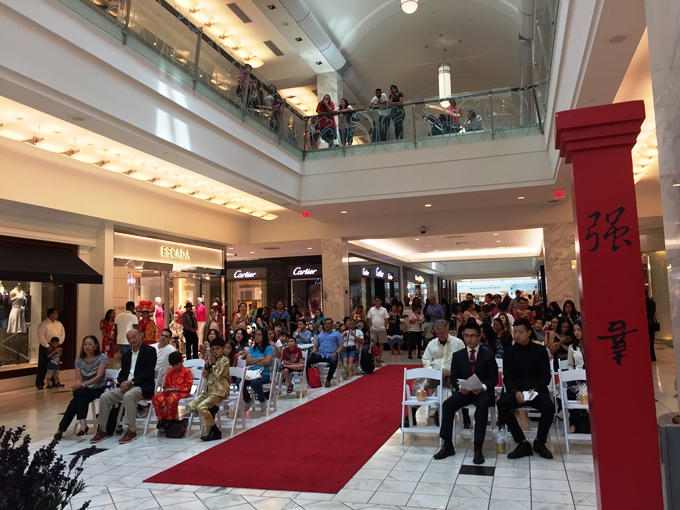 The program ended on time with lots of applause from guests sitting in chairs as well as all those who convened at the upper level viewing area and in front of all the stores. There was a promise to have it hosted again next year and talks of what changes to implement. It’s refreshing to see that people who used to be considered as from developing nations are now considered as the citizens of emerging economies whose participation is much needed to make the local economies thrive.