"Nude" and other gems at Atlanta Indian Film Festival by GIACC 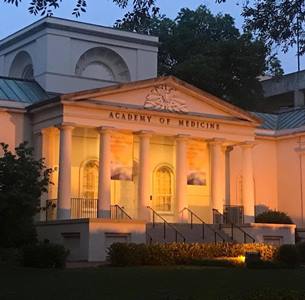 The film festival was in keeping with the mission of the GIACC, namely, to develop, encourage, promote, and foster trade, business, financial, or professional interests and commercial relations between India and the United States, including, specifically, Georgia. Recognizing one of the rapid growth sectors currently attractive to both countries as being the film/TV industry, (the movie industry in the State of Georgia has grown in the last decade from $240 million in 2007 to its current $9.5 billion), GIACC decided to focus on this initiative as its flagship event for 2018.

Through this Atlanta Indian Film Festival, GIACC has sought to connect Bollywood and independent Indian cinema to Georgia’s Film, Music & Digital Entertainment Office. GIACC held a networking reception for Indian Directors, Producers, Actors, and a well-known Indian “location Guru,” N. Ramji, with key state and city representatives, its partners, sponsors, and members of the Atlanta business community; organized tours for GIACC’s Indian guests to Atlanta and Georgia’s world-class studio and hi-tech production and postproduction facilities; screened five movies, and hosted post viewing panel discussions with the film makers, actors, distributors, and producers. Needless to say, the Atlanta India Film Festival, with one and a half captivating days of culture, conversation and celebration of films, was much appreciated by the movie attendees and the Indian guests!

Thank You to Vinod Devlia for capturing Day 1 and Sk Raj for Day 2.

Link:
The history of Indian-American film festivals in Atlanta, including the Film Festival of India at the High Museum for five years, and the 2006 festival of independent films from India:
http://www.khabar.com/magazine/around-town/atlantas_first_annual_indo-american_film_festival_inaugurated.aspx