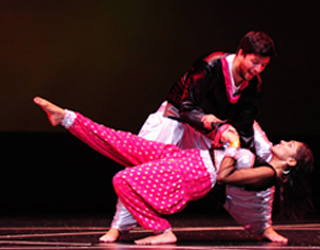 This year being the 100th year of Bollywood, Planet U showcased some of the best songs that Bollywood cinema has produced. These songs were intertwined artfully into a comedy dance drama “Saare Zameen Par—All on Earth” about a Bollywood actress who dies before her time due to a mistake made by Lord Yama, the god of death. Uma Murlidhar, director of Planet U Performing Arts, played Sadhuri and did a spectacular job portraying a Bollywood actress 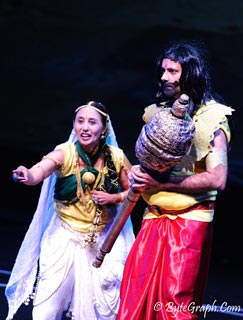 nominated for a best actress award, who convinces Lord Yama to come down to earth with Urvashi to

experience the joyous life on earth. Sadhuri through dance depicts the many reasons why life on earth is beautiful, Lord Yama grants her life back, and she ends up winning the best actress award. This year's story not only made the audience laugh but gave them an out of the world experience. The dance choreography and colorful costumes were a visual treat and dances were very fast paced. Planet U’s 150 students, ranging from as young as four years to adults, presented their dances flawlessly, full of energy and grace, and kept the audience engaged and spellbound.

This year's recital was dedicated to Ekal Vidyalaya, a nonprofit organization that strives to create a network of literacy centers that will educate and empower children in rural and tribal India. Shiv Agarwal and Chander Agarwal represented Ekal Vidyalaya at this event, appreciated Planet U’s support for the organization, and gave an inspiring speech about Ekal's efforts in transforming entire villages in 22 states in India, educating over 1.1 million through

40,000 schools. Planet U students worked really hard to raise money for this organization; Uma and her students truly believe that education changes lives and wanted to make the lives of children in rural India better through this fundraiser.

Correction: The author of this report is Bhuvana Sukumar.