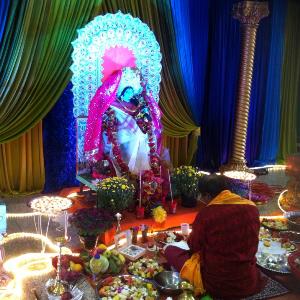 Purbasha celebrated its fourth year of Kali Puja on 25th October 2014 at Meadow Creek High School in Norcross, Georgia. Turnout was huge with guests from neighboring states attending along with Georgia folks. Decorations and the idol were put up in impeccable style. Puja began around 5pm and guests joined thereafter to offer pushpanjali to Maa Kali. As part of the cultural program, Purbasha presented Bollywood night by Rajdeep Chatterjee, an Indian Idol Finalist.


[The article above appears only on the website for December 2014, not in the print/digital issues.]