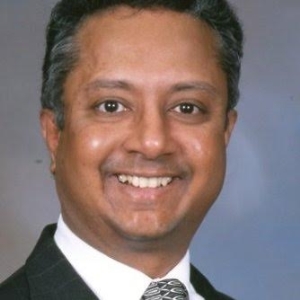 About one year ago we suddenly lost Atlanta’s beloved friend and iconic community leader, Dr. L.S. Narasimhan (Narsi), CEO of Paalam, Inc.. Narsi passed away on April 29, 2016 from a massive cardiac arrest in the night. On behalf of Dr. Narsi’s family and friends, Ani Agnihotri, Shira Krishnan, and community members organized an official remembrance meeting on Sunday, April 30, 2017 at Ashiana Restaurant, Global Mall. Community leaders and Narsi’s colleagues and friends gathered to pay their homage and share heartwarming stories. On May 18, 2017, members of Indian Professionals Network (IPN) also organized a meeting there to remember IPN’s founder. 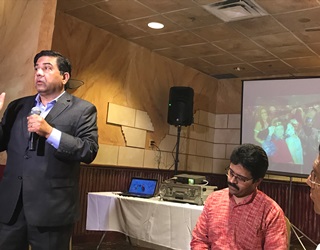 Even though the stories were different of how Narsi helped individuals or organizations, the values most remembered were Narsi’s humility, his ability to unite community members without seeking any power or position, and his willingness to address an issue and take action right away when help was asked. This memorial meeting, filled with love and reverence, was a reflection of Narsi’s life, and once again various organizations were linked together by his remembrance. Narsi left behind a beautiful legacy and example: how when one is focused on contribution instead of competition, life becomes a celebration. May his fragrant memory remind us to be of service in a simple way.

Ani Agnihotri emceed the April event in a poignant manner and mentioned that Narsi’s family would like to continue his legacy of servant leadership and profound intercommunity work. 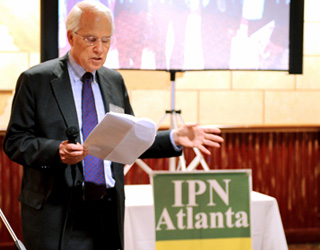 Philip Bolton (left), Publisher of Global Atlanta and a long-time friend of Narsi, in his rousing tribute, said, “Narsi has left a legacy of authenticity.” (Photo: Vinod Sharma)

At the May meeting, Sudhir Agarwal noted the importance of IPN being the first organization to pull together the professional Indian community as a whole. Ravi Ponangi introduced the speaker, Philip Bolton, Publisher of Global Atlanta and a long-time friend of Narsi.

Philip Bolton thanked IPN for the invitation to speak and reflected that “It makes me think of Socrates’ maxim, ‘The Unexamined Life Is Not Worth Living.’ And while I’ll be speaking about Narsi it inevitably requires me to think of our relationship and my life as well.” He described how both he and Narsi chose Atlanta over Texas and started on their own in the 1990s.They met in 1993 and shared the value of community service. Narsi launched IPN to bring Indian professionals together, facilitating networking and mentoring, and connecting various organizations: he ran it without office bearers or funds, very efficiently by organizing different volunteers each month. At about the same time Phil launched Global Fax news service to disseminate news about global business, education, and culture as they intersected with Atlanta.

Phil shared some of the articles from Global Fax, Global Atlanta, and the family of newsletters: the first one, of July 8, 1996, recounts the founding of IPN “and its growth from 75 members to more than 1,300 in just three years.” Narsi was “on the front lines of Atlanta’s growth as a welcoming city in keeping with the values espoused by MLK and the civil and human rights movement which they birthed. The IPN and its 10,000 members—which it came to include—was a declarative statement that “We are here,” and “We are organized. Of course, there were other local organizations representing different communities. But with IPN Narsi had managed to wed his technical skills to his values and the Indian community at large.

“Without seeking public office, it was clear that Narsi from this point on became a citywide public figure. In January 2002, Global Atlanta carried an article naming him as the first to sign a petition for the Indian government to establish a Consulate General representing India in Atlanta, which eventually occurred. In May of that year, he was part of a group seeking to launch a “visa camp” providing a variety of services such as passport renewals and new visa applications.

“Many articles that mentioned Narsi … included references to his work with the Fulton County Commission, the Asia American Heritage Foundation, the Georgia Indo-American Chamber and the CIO roundtables that he launched. … His reputation in our newsroom was secure as a spokesperson for the Indian community. For instance, after Delta Air Lines finally started flying to Mumbai, the city experienced terrorist attacks. Narsi, as president of the Georgia Indo-American Chamber was an obvious local source for Global Atlanta to contact about its implications for Atlanta’s Indian community.” Narsi was also involved with the Kettering Executive Network and connecting members across the world.

In conclusion, Phil paid a beautiful tribute: “that Narsi has left a legacy of authenticity and certainly a reputation for a life well lived, committed to authentic values in a world which needs to be reminded continually of what real achievement is composed.”

Again, members from different communities present shared their fond memories and reflected on how their lives were touched. Narsi represented both India as a whole and a bridge between East and West. 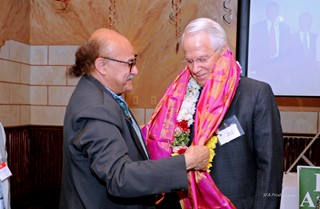 Ravi Ponangi encouraged everyone to make IPN meetings a priority. Phil Bolton was honored with a garland and shawl (photo, left). 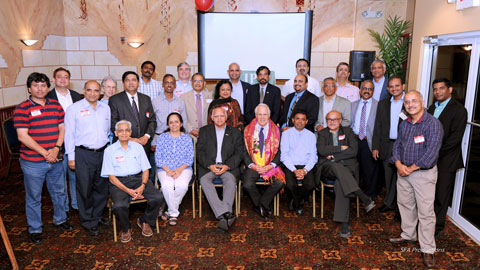