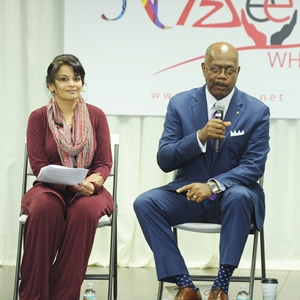 “I’ll be reporting back to you,” DA Paul Howard, Jr. promised the audience.

There is no other property crime as shockingly invasive or personally impactful as a home burglary. This was the consensus on December 8, 2018 at Johns Creek Events Center. About 80 attendees had braved the rain to listen, discuss, and share concerns with a 10-member panel of legal experts and community stakeholders during Dr. Nazeera Dawood’s “Chai & Just Chat: All That Glitters Is Gold. Combating Thefts & Burglaries in Our Communities.”

Dr. Dawood’s monthly Chai & Just Chat series covers varied topics and connects experts to the public in an informal setting. The sessions are moderated by Dr. Dawood and feature complimentary chai and appetizers.

The featured panelist, Fulton County District Attorney Paul Howard Jr., was made aware of many audience members’ growing concerns that metro Atlanta’s South Asian community was the regular target of an organized criminal network for their gold jewelry and cash.

Recent news reports showed that nearly half of East Cobb’s residential property crimes involved victims of South Asian descent who were burglarized for their gold jewelry. Similar home burglary heists have affected all parts of the metro area, but particularly North Fulton, and have netted criminals thousands, showing a pattern of escalating burglaries. 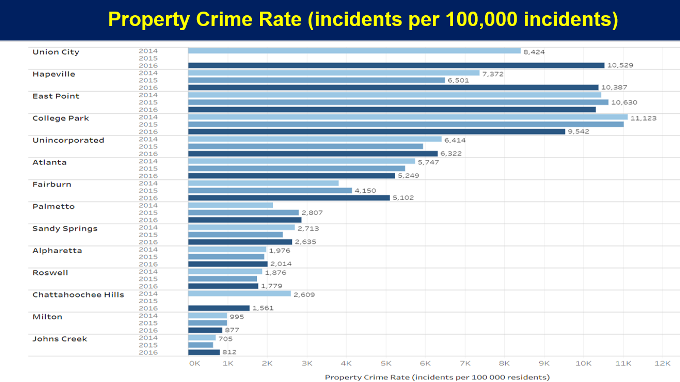 Three concerned citizens during the session’s Q&A cited incidents of burglary, theft, and such. In one case thieves even cut phone lines to dismantle the residence’s alarm system.

But it was author Nandita’s Godbole’s heart-wrenching experience in early spring 2018 with a home burglary that provided the most compelling testimony of all. Ms. Godbole shared a verbal snapshot of the burglary, and the emotional trauma they experienced in the days after. She shared their own frustrations with understanding how law enforcement tackled such events, and also brought to attention a common problem: gross misconceptions about burglary patterns and the disappointing reluctance in recognizing targeted burglaries as being of widespread concern.

“You can be sure my office will look into this,” Howard assured the audience. “If a specific group of people are being targeted, I’m going to check with my staff on these statistics and I’ll be reporting back to you.”

Meantime, Howard said his office is encouraging communities to stay vigilant, including online, and report anything suspicious by calling 911.

Howard said LeadsOnline.com is a third-party online property database tool that law enforcement agencies across the United States are embracing to help them crack burglary and stolen property cases. LeadsOnline.com begins with an end user opening a free account on its sister site, ReportIt.com, a web portal inventory system where users may upload photos, receipts, descriptions, serial numbers, and other unique identifiers. This information is then processed through the LeadsOnline network. When an item is reported stolen and a report is made to a partnering law enforcement agency, that agency may cull LeadsOnline’s resources for online sales sites like Ebay and OfferUp.com, as well as databases dedicated to precious metal thefts and sales thereof.

Common sense measures: avoid excessive sharing on social media; be self- and neighbor-aware; etc. Sites like community HOA groups, NextDoor.com, SpotCrime.com, and CrimeReports.com are important in isolating and identifying crime patterns or suspicious activity nearby. 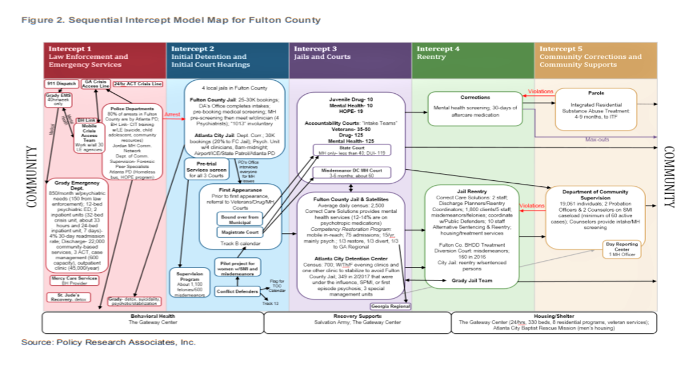 As a victim of a burglary, Ms. Godbole (photo, right) started by noting that the burglary and the aftermath repeatedly reminded her that no security system could prevent a crime, unless there was a change in the manner in which criminal investigations and the many branches of law enforcement handled such crimes.

Ms. Godbole briefly shared the common-sense precautions her family had taken before and after the incident but shocked all by sharing the indifference (and insensitive comments) from law enforcement from the moment they reported the burglary. Many audience members sadly shared their own experiences of similar interactions.

After hearing various representatives share their perspectives on common-sense crime prevention tactics, ways to deter crime, the myriad of reasons for criminal activity, crime statistics that did not mention the impacted South Asian communities, and legal details of criminal proceedings, Ms. Godbole reminded all that North Fulton was experiencing a spate of a very specific kind of criminal activity unlike any other local region. She added that although many criminal activities are interrelated, and concerted and humane effort to address them is needed, generalizing criminal behavior by age, gender, addiction, or anything else, and therefore minimizing or diluting the frequency or impact of the crime—all distracts from the fact that the South Asian community harbors a greater propensity to become repeatedly victimized—first by the criminals and later because there is no resolution to their circumstance or support from law enforcement.

Addressing the suggested methods of tracking stolen goods, Ms. Godbole made panelists aware that only items that were not trackable were stolen, and that the South Asian community seldom frequents pawn shops out of cultural predispositions or fear. She noted that stolen goods are seldom pawned, instead melted to erase any latent traceability. She wondered aloud what law enforcement was doing about it, and if such persons, activities, or places were being identified and monitored.

Burglaries that target the South Asian community have continued to cause significant financial losses and immeasurable trauma to families each year, in every metro across the United States. Ms. Godbole pointedly echoed the community’s overwhelming disappointments and frustrations that arise after being the victim despite practicing common-sense vigilance; being blindsided with the seemingly lax approach of law enforcement towards such crimes; and lastly, and most importantly, posing the question to panelists: why such crimes continued to go unchecked given that ethnically targeted burglaries are not isolated to Metro Atlanta, nor are such occurrences new, and they do not show signs of abating.

Ms. Godbole appealed to the representatives of the judiciary team that indifference toward crimes that target a specific community is unacceptable. She added that throughout her father’s long career in the Indian Police force in its financial capital city, his team solved many cases and apprehended dangerous criminals for decades with no modern technology but good old-fashioned legwork and working across local and state agencies. Surely, it was not out of place to expect more from a community she now calls home, especially in this day and age.

Many attendees shared their own stories or of those that they knew and there was a consensus: greater measures were needed to snuff this epidemic and there must be a way to empower all communities to tackle crimes that target them. 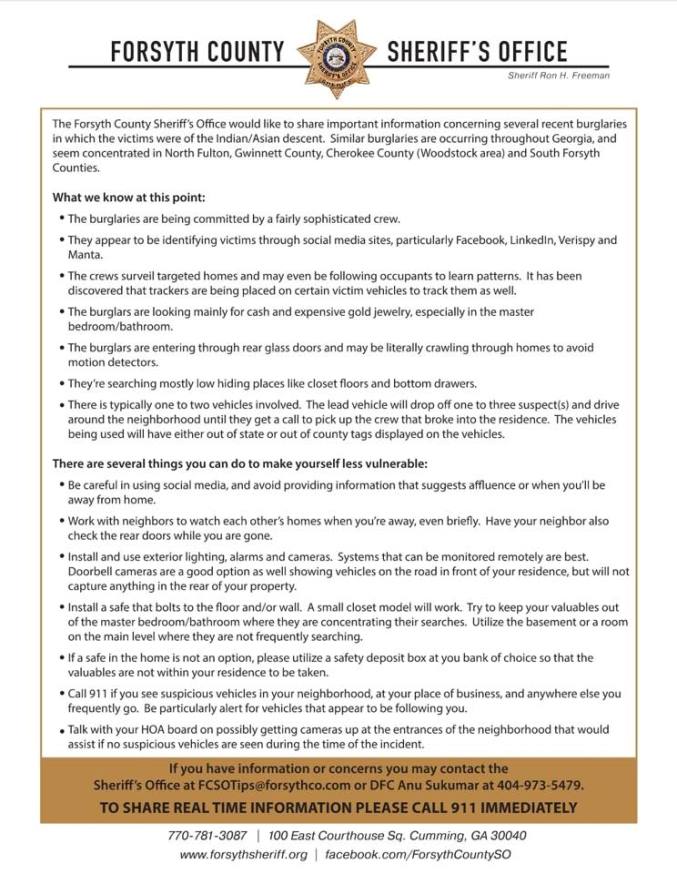 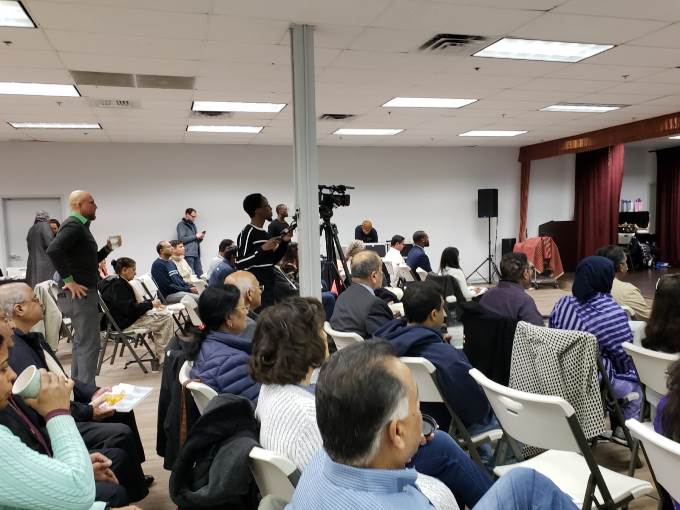