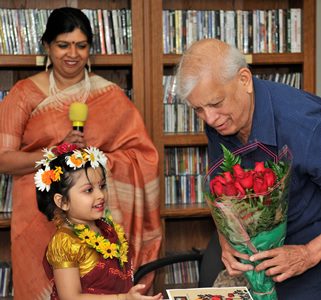 On a Sunday evening in June, Seba Library hosted a panel discussion with invited guests Jyotirmoy and Meenakshi Datta.

Jyotirmoy Datta is a Bengali writer, journalist, poet, and essayist. He worked for The Statesman, Kolkata’s oldest English-language daily, as feature writer, film critic, correspondent, and associate editor. He was a lecturer at the University of Chicago 1966–1968, and did a residency at the University of Iowa. He has published 2 books of verse, several novels, and collections of essays and short stories. He is currently Advisory Editor of the South Asia Journal. 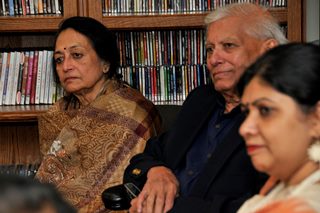 His wife Minakshi Datta is the daughter of another important figure in Bengali poetry, Buddhadev Bose. Her mother was the famous singer and writer, Protibha Bose, many of whose novels have been bestsellers and have been made into hit movies. 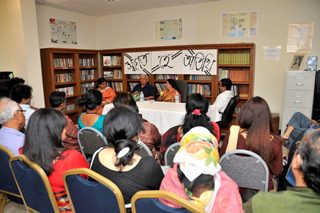 Seba (Bangla) Library is the brainchild of Mr. Md. Harun Roshid, who began the Bengali library with his personal collection and then involved others. Now there are about 3,300 books in Bengali as well as 700 DVDs and 1,000 CDs. The library is one of a kind in the US, a nonpolitical, nonreligious organization run by Bengalis from Bangladesh and West Bengal. Although there are many cultural programs across the United States that are arranged by associations from different part of India and Bangladesh, it is much less common for programs to be entirely for literary exchange—Seba has been organizing these events since 2003, with the primary purpose of providing a meeting place and platform for the Bengalis of Bangladesh and West Bengal to discuss their literary culture, create intellectual interaction, and build bridges. 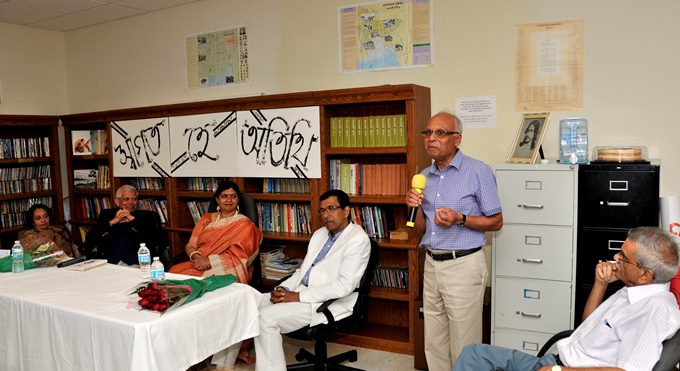 The June 19, 2016 program covered a wide range of topics from the Kallol era, Buddhadeb and Pratibha Basu to Allen Ginsberg to Hungry generations, and the literary and journalism contributions of both the Dattas in today's world. Moderated by Dr. Subhasree Nandy (Rai), and presided over by Dr. Mohammed Ali Bhuiyan of Tuskegee University, the program was organized by Mr. Md. Harun Roshid and Mr. Riton Khan. Among the members present were Arshad Sumon, Dr. Nasim, Dilu Mowla, Ashfaque Swapon, Raihana Lasker, and Dr. Soma Mukhopadhyay. Thought provoking questions came from the audience: Maisun Maliha, Ila Chanda, Muzibur Rahman, and others triggered discovery in many literary areas in detail and depth. 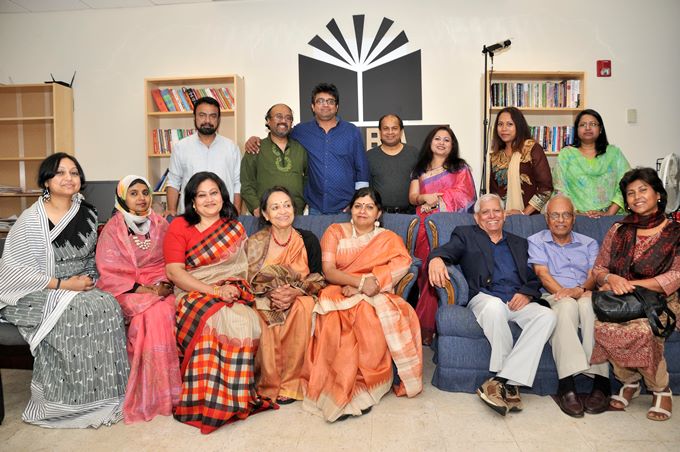