COVID-19  In-depth info for Indians in Atlanta/Georgia. Click here
Home > Magazine > Around Town > Sentiments of the new state of Telangana echo in Atlanta

Sentiments of the new state of Telangana echo in Atlanta 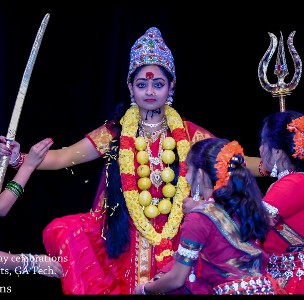 The sentiments of 40 million people living in the Telangana region were echoed by 700 Telanganites living in the Metro Atlanta area at an event held at Georgia Tech’s Robert Ferst Center on June 7, 2014 to commemorate the new 29th state of India. Ravi Chakati and Sivanagulu, folk singers who gained international fame through Maa TV’s Rela-re-Rela show, rocked the stage along with local talent and artists from other states.

The Telangana Formation Day celebrations were free and open to all, managed by Director of the TCI Board Viju Chiluveru. The event started with lighting of a lamp by Narender Reddy, Director on the TCI Board and Srijan Joginapally, President of the Telangana community. 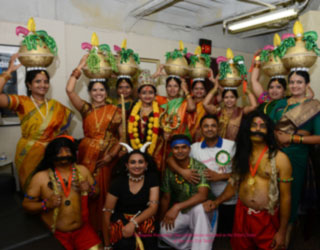 The cultural program began with a dance by Manasvi Gaddam, followed by an extraordinary group dance “Lamba, Lamba” choreographed by Neelima Gaddmanugu. Later a child prodigy played a film song on guitar. Guest artists Ravi and Sivanagulu raised the excitement in the audience. This was followed by the first stellar Kolaatam folk dance of the night by ten artists of all ages to the song “Podala Podala Gatla Naduma” choreographed by young dancer Geetika Jape; other artists were Sonal Jape, Renuka Durgam, Tanuja Jape, Kanchan Jape, Chaitanya Nakkerty, Sameeksha Gaherwar, Neetu Chauhan, Akhila Ballari, and Rupa Pannela. Another superb dance by Vishwadha Gunda, who came all the way from Alabama, was praised by the audience. The audience also paid homage to all those who sacrificed their lives for Telangana.

Another folk dance to the song “Golla Mallamma” by little kids Srinidhi Vangala, Srihitha Chakilam, Siri Reddy, and Tanvitha Kotla was a great hit. Several songs in Telugu and Hindi were rendered by Srinivas Durgam, Janardhan Pannela, Suchetha Dontula from South Carolina, and Renuka Reddy from North Carolina. A pinch of variety was added with a Qawwali with a medley of hit Hindi songs. This was choreographed by artist and dance teacher Maitreyi Gangaraju; dancers were Praneeth, Ala, Madhurima, Charugundla, Sravani, Rachakulla, Venkat, Gadam, Vinod, Nagula, Rajani, Vootla, Neetu Singh, and Srinivas Durgam. Another superbly choreographed group dance celebrated Bonaalu, a festival offering prayers to the Goddess Ammavaru. Geetika Jape coordinated this item and received several accolades and a standing ovation. 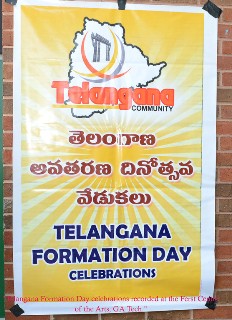 Narender Reddy urged, “Now that we regained our own state, we have a major responsibility to rebuild the land and turn it into a golden region.” He urged every Telanganite to contribute their innovative ideas. Mr. Ashok Kumar, Deputy Consul from the Consulate of India in Atlanta, addressed the audience and congratulated the Telangana community on the new state.

The event ended with the final segment by Ravi and Sivanagulu, singing a song written by Viju Chiluveru “Choodu, Choodu, Choodavamma Naa Telangana.” The audience left contented and looking forward to TCI’s next major event, Bathukamma in September. 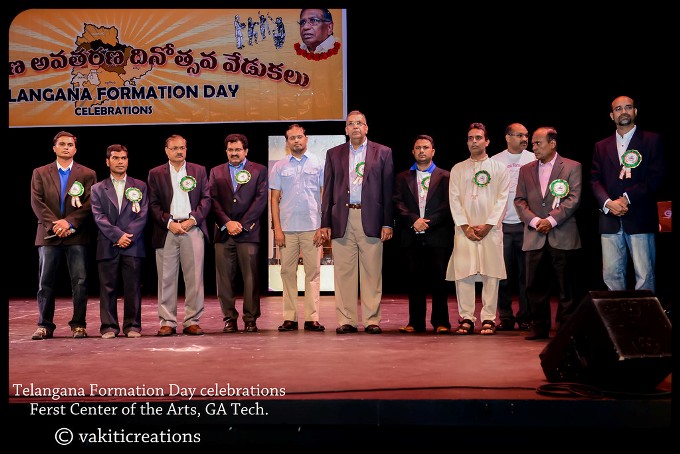