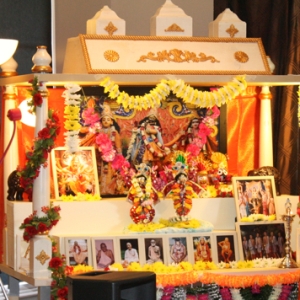 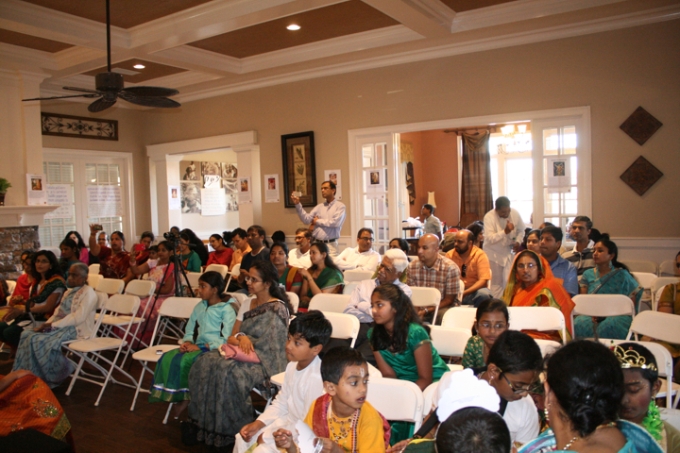 Children from the congregation, with wonderful costumes, performed an enlightening drama on the life of Lord Shri Chaitanya Mahaprabhu. Many days were spent in designing and constructing a special altar for Shri Shri Gaura Nitai deities from Shridhama Vrindavan. It was very nicely decorated with abundant flowers. Finely decorated cakes, sweets, rice, and dhal preparations were offered as bhoga to their Lordships before the elaborate arati. At the end of the arati, devotees offered flowers. Attendees jubilantly joined in the kirtans and dancing during the arati. A sumptuous dinner prasadam was served at the end.