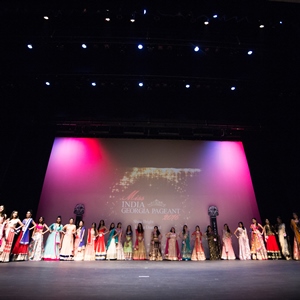 “Shine Bright Like a Diamond” Beauty Pageant elegantly highlighted, not the competition of beautiful physical features, but the uniqueness of beautiful face plus beautiful mind.

“A confident woman has the power to make real change. We encourage every woman to be herself, and continue to define what it means to be confidently beautiful,” says Geetanjali Gupta Talukdar, Project Director of Miss India Georgia Beauty Pageant 2016.

On the star-studded evening of October 23, 2016, 33 stunningly beautiful contestants participated in Miss India -Georgia Beauty Pageant 2016, a proud presentation of IACA/iLINK Professionals, at Robert Ferst Center for the Arts at Georgia Tech. In the words of IACA President Ms. Rina Gupta, this Pageant offers an avenue to mix our traditional diversity with modern glamour. In addition to original categories of Teen and Miss India-Georgia, a new category made a grand entrance: Mrs. India-Georgia 2016. Audience members also enjoyed their own grand entrance, posing gracefully with the sponsors’ backdrop for photo-ops and under the beautiful arch showcasing the theme “Shine Bright Like a Diamond.”

Fifteen judges along with the Celebrity Judge, the reigning Miss Georgia 2016, Patricia Ford, took their seats. Honorable D.V. Singh, Consul (Community Affairs/RTI/Education/Commerce) graced this event with his presence. Ambience and tone was set by the talented Archith Sheshadri, News Anchor for WION (World is One News), Zee News’ first English news network, and by talented singer/ speaker Rekha Pallath to host the show. An electrifying upbeat dance number, choreographed by Prem Rahman of Prem’s Dance Studio, began the show, with all the contestants enthralling the audience with fluid movements and exotic dance moves to a popular Bollywood song.

The evening gown segment followed, as all the contestants dazzled the stage in gorgeous evening gowns. All the ladies enthralled the audience in the talent segment with their power-packed performances. Miss Harine Patel displayed culinary skills by preparing a side dish on stage in two minutes. All the Mrs. Category contestants shared their experiences as successful married women who are confident, graceful, and elegant in the representation of India at home and around the world. Teen Pragya Bhayana won the Best Talent award with her lilting performance. Indian formal wear was next, followed by Q and A round for the five finalists from each category.

Besides the massive cultural cornucopia, two wonderful performances kept the audience on their feet while they were eagerly waiting to know the results: first by Rekha Pallath with her marvelous voice and second by Tanweer Mian, followed by the Grand Finale number by the students of Prem’s Dance Studio. 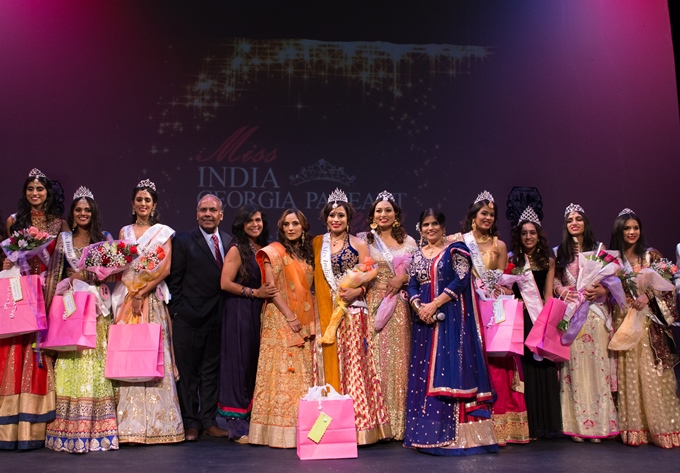 Winners left with great confidence and coveted titles to their names. 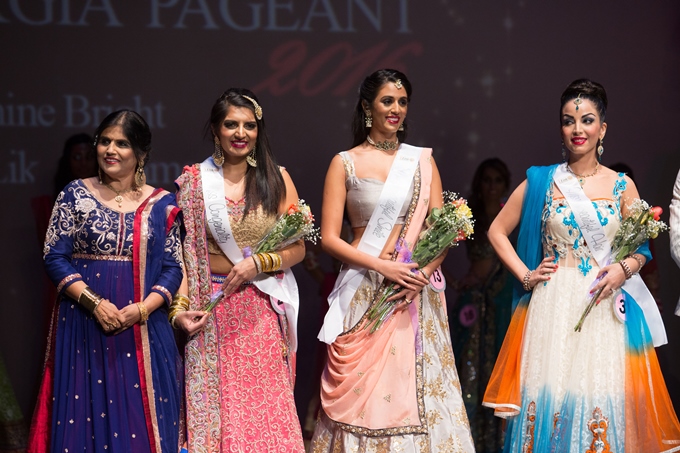 Thanks:
Per IACA Chairman Mr. Ravi Singh’s message, Teen /Miss /Mrs. India Georgia Beauty Pageant 2016 would not have been possible without the hard work and determination of the Beauty Pageant Team under the leadership of Geetanjali Gupta Talukdar, who worked hard to put together this spectacular show. Volunteers Rupal Patel, Nina Talukdar, Meghna Nagrajan, Movina Nagrajan, and Pushti Zaveri worked tirelessly through practices, giving their valuable time getting the girls prepared for Q and A, meet-ups, and photo shoots. A special thanks to Rupal Patel and Jyoti Prakash for all the backstage help through the entire show. And last but not the least Runa Talukdar for the grand backdrop and beautiful brochure for Miss India Georgia 2016. 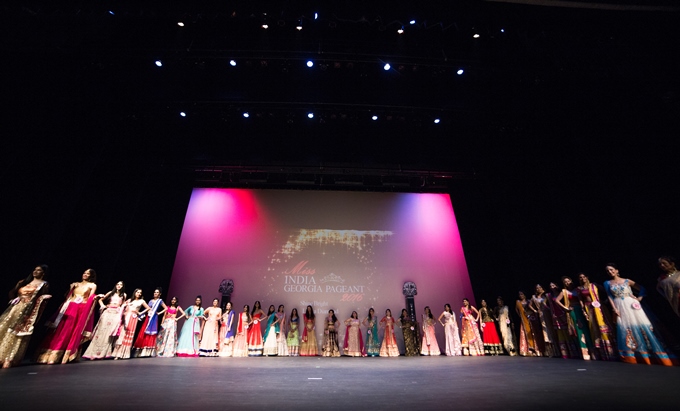