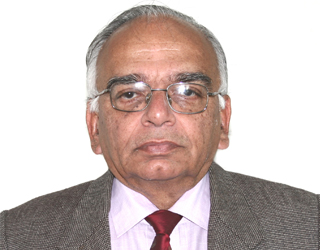 UIBS Webinar on “India-China Border Standoff: An Indian Perspective of Different Scenarios and Their Business Implications” was held on virtually on November 19, 2020, in partnership with Georgia Tech CIBER and Atlanta Council on International Relations (ACIR). ACIR promotes understanding of international affairs through the free exchange of ideas.

China and India are the two most populous countries in the world having about 1.44 billion and 1.38 billion population respectively in 2020. Both the countries together account for about 36% of total world’s population and 67% of Asia’s population. Both the countries are nuclear powers and according to the Stockholm International Peace Research Institute (SIPRI), in 2019, China and India had the second and third-highest military spending in the world.

For the last six months, there has been a border standoff between these major two economies and the world watchers are hoping that this standoff is resolved in a peaceful manner. 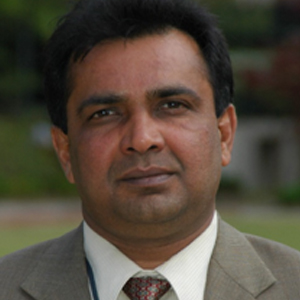 Baijal, a retired bureaucrat from India, has headed reform in departments such as disinvestment, telecom, and broadcasting. He has authored several books including Containing the China Onslaught: The Role of US, Japan, India and other Democracies published by Quadrant India in 2020.

Dr. Srivastava serves as a Non-Resident Fellow at the Henry L. Stimson Center in Washington, DC, with a focus on providing legal-regulatory assistance to government agencies and their hi-tech industrial sectors. He previously worked as Assistant Director at the Center for International Trade and Security at the University of Georgia.

Dr. Prime is the Founding Director of the China Research Center and Managing Editor of China Currents. She was clinical professor at the Institute of International Business, J. Mack Robinson College of Business, Georgia State University, from
2012 to 2020.

In this program, Baijal presented interesting history of Chinese aggression and land grabbing since 19th century. Speaking at the occasion, he said that China’s border aggression is driven by President Xi Jinping’s desire to outdo revered leaders from the Qing and the Mao (who added Tibet and Aksai Chin to China) dynasties in reclaiming land area. He cited Noah Smith who suggests that China would constitute a quarter of the world economy by 2029, 40 percent by 2050, and more than half by the 2070s which will result in an unstable world and multilateral institutions.

Dr. Srivastava presented a succinct overview of the India-China border standoff. Where he discussed three possible scenarios: skirmishes even as talks continue at military and political levels; high-intensity, location-specific, short-duration conflict; or substantive and sustained talks leading to phased de-escalation and better demarcation of Line of Control with cartographic acceptance of forward lines.