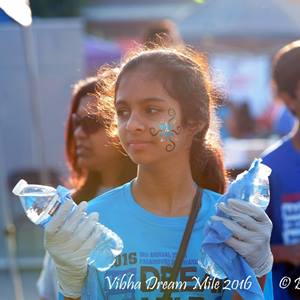 (Left) A volunteer at Vibha's DreamMile event, ready to give water to runners.

After a quick warm up session, the excitement reached its peak when the 10K Run, 5K Run, and the 5K Walk were flagged off promptly by sponsors Srinivas Nimmagadda of Vensai Technologies, Latha Ganesan of Datum Software, and Namitha Thirath of Pyramid Consulting. When the participants sprinted down the course, it was a sight to behold for everyone present and especially for volunteers who had spent several months planning for this event! 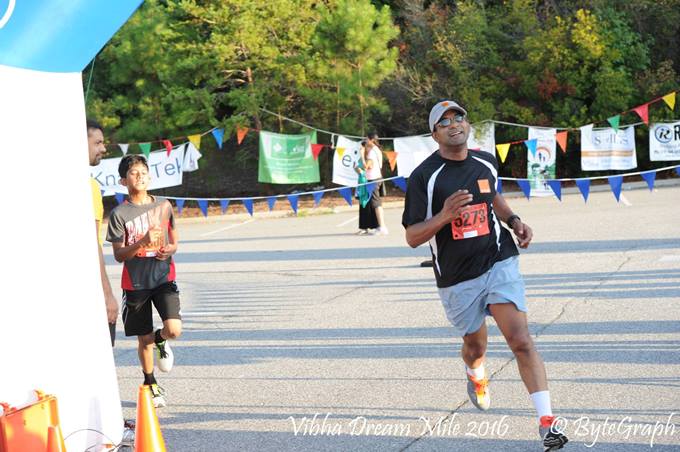 Started in 1998 at Georgia Tech, and brought to the northern suburbs of Atlanta five years ago, the Paramount Software Vibha DreamMile, with its 5K Run declared as one of the qualifier races for the Peachtree Road race, is quickly becoming one of the top ten races in Atlanta. A number of corporate teams, most notably from Manhattan Associates, Equifax, AT&T, and Intercontinental Exchange, participated in the event.

Thanking all the participants for their generous support, Rao Manekar, Event Lead for DreamMile, had special praise for volunteers, saying that it was a pleasure to work with such committed people, and that he is always reminded of the famous quote from Margaret Mead, an American cultural anthropologist, to “Never doubt that a small group of thoughtful, committed citizens can change the world; indeed, it’s the only thing that ever has.” 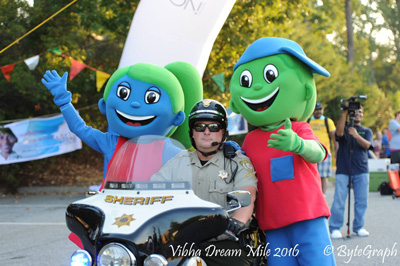 (Left) A policeman with Will and Hope from Children's Healthcare of Atlanta.

As runners and walkers came back from the course, well managed by police and volunteers, many of whom were from local middle and high schools, they were treated with refreshments and an atmosphere filled with more excitement. The Kid’s Carnival engaged the children with more food, face painting, henna, caricature artist, balloons, and other fun activities. Will and Hope from Children’s Healthcare of Atlanta, the local beneficiary for the event, are always a special attraction for children. 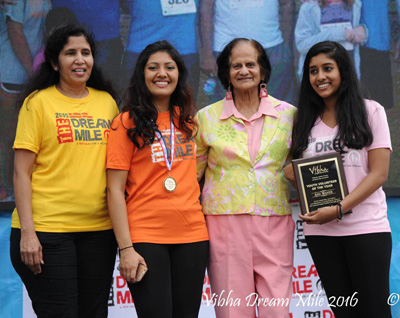 This being an Olympics year, it was fitting to have the presence of a pathbreaking Olympian, Mary DeSouza, who in 1952 was the first female to represent India in the Olympics, as Guest of Honor at the awards ceremony. She expressed her admiration for the efforts of Vibha through the Dream Mile. She shared some of the memorable moments from decades past with legendary sprinters like Jesse Owens. Mrs. DeSouza also gave the awards for the winners: 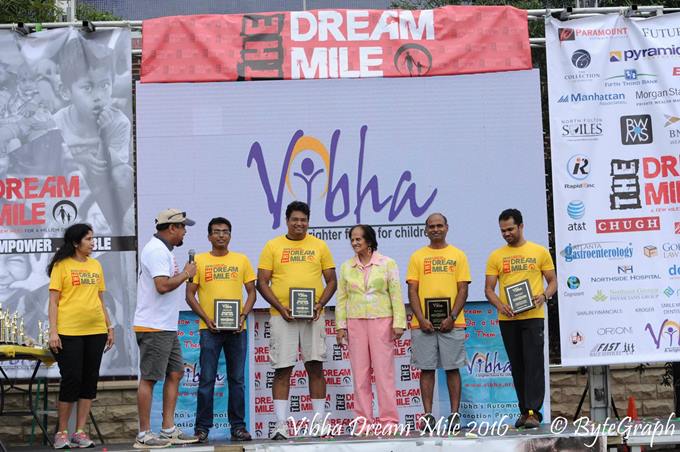 Volunteers and supporters of Vibha were also recognized: AT&T for their support over a number of years; Kishore Krishnan and Shreesh Rao, Volunteer of the Year Awards; Radeesh Koonichere and Srinivas Duddempudi, Star awards; and Anu Manne and Ankita Das, Youth Volunteer of the Year and Youth Star, respectively.

Another highlight was the special performance by Shiv’s Institute of Dance, showcasing the work of a Vibha project called Door Step School that takes the school to the door steps of children of migrant workers at construction sites, if they are not able to come to school.

Along with sponsorships and the registrations, a big part of the fundraising was through the DreamMile pledge drive. Special mention was given to employees of Paramount Technologies who donated $10,000 in addition to the title sponsorship from their employer. 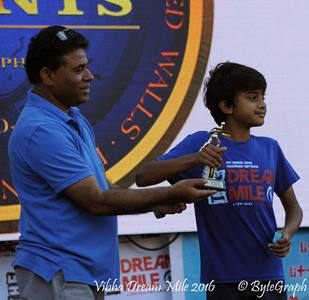 The Dream Mile has played a big role in the efforts of Vibha and has become a fixture on the calendars of thousands of runners and walkers in various cities across the U.S. and India. 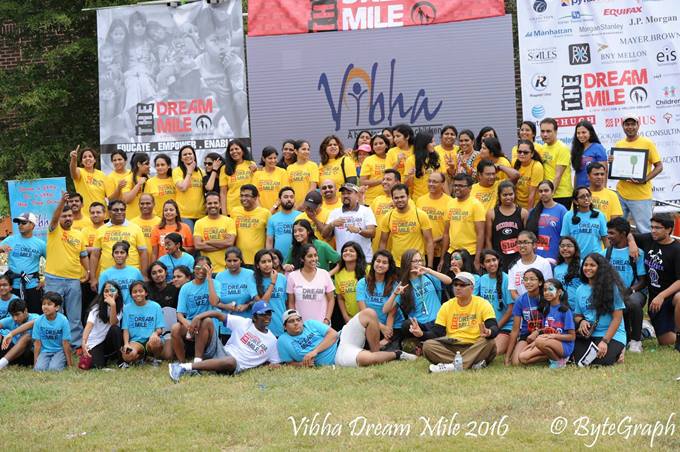 Many dedicated volunteers contributed to the success of the event.