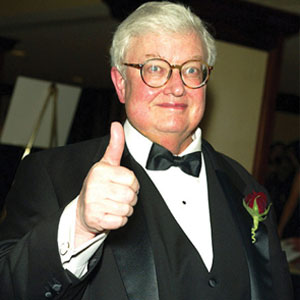 Roger Ebert, the acclaimed movie critic who passed away last month, was beloved partly because he had an open mind, big heart, and passion for movies of all kinds. As Lakshmi Gandhi pointed out on the South Asian blog The Aerogram, Ebert wasn’t quick to dismiss Indian movies, but was willing to consider and appreciate their merits.

Gandhi compiled some of Ebert’s best quotes on Indian movies, including this one on Lagaan (2002): “The most charming aspect of most Bollywood movies is their cheerful willingness to break into song and dance at the slightest pretext; the film I saw was about a romance between a rich boy and a poor girl, whose poverty did not prevent her from producing back-up dancers whenever she needed them.”

And here’s what he wrote after watching Chadni Chowk to China (2009): “I would need to see (Akshay) Kumar in something other than this to understand his fame. He comes across here as a cross between Jerry Lewis and Adam Sandler, but less manic than Jerry and not as affable as Sandler. What I can understand is that his co-star, Deepika Padukone, abandoned a promising start as a badminton champion to become a model and actress. She is breathtaking, which of course is standard in Bollywood, where all the actresses are either breathtaking or playing mothers.”