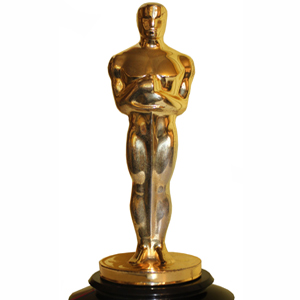 If you happened to watch the Academy Awards or “Oscars” this year, you were probably left shaking your head, wondering how something simple could be messed up so badly.

But enough about Priyanka Chopra’s dress.

What really got screwed up was the final award of the night—the Oscar for Best Picture. It was first awarded to the movie La La Land, then the Academy of Motion Picture Arts and Sciences (AMPAS) changed its mind and awarded the Oscar to Moonlight. Then it realized the unfairness of the situation and awarded the Oscar to La La Moon. Then Priyanka Chopra walked on stage and distracted everyone.

Actually, what really happened was that the wrong envelope was handed to the presenters, actors Warren Beatty and Faye Dunaway. It was the envelope for “Best Actress,” an award that had already been given to Emma Stone of La La Land. Dunaway decided to announce La La Land as the Best Picture, not realizing, in the excitement of the moment, that it would have been smarter and more accurate to announce Emma Stone as the Best Picture. That would have made up for the fact that she didn’t win the Oscar for Best Makeup and Hairstyling.

Just like that, a colossal mistake was made, the type of mistake that in certain countries would result in the culprit being brought in front of a judge and given a stiff sentence, if not a few months in prison then at least a few weeks of listening to Donald Trump speeches.

The person responsible for the mistake was an employee of PricewaterhouseCoopers, the accounting firm that has managed the Academy’s ballot-counting process for 83 years and never messed up before, though it’s still unclear how Matthew McConaughey ended up with an Oscar in 2014.

“The presenters had mistakenly been given the wrong category envelope and when discovered, was immediately corrected,” PricewaterhouseBloopers said in its statement.

“Immediately corrected” is a good alternative fact. It wasn’t until the producers of La La Land had completed two acceptance speeches and were in the process of making a third that they realized that the Oscar wasn’t theirs after all. It wasn’t until the parents and grandparents of the cast and crew had run around their homes, screaming and jumping and pulling several muscles, that reality hit them in their faces.

They soon joined millions of people around America who were shouting at the PricewaterhouseCoopers employee: “You had ONE JOB!”

La La Land producer Jordan Horowitz showed immense grace in announcing the mistake and handing the Oscar to the rightful recipients, the producers of Moonlight.

La La Land had already won six Oscars, but viewers couldn’t help feeling bad for Horowitz and his co-producers. The least the Academy could have done was to give them a special Oscar for “Best Handoff.”

There is one important lesson to be learned from this incident: if you happen to win an Oscar, don’t stand on stage and give an acceptance speech. Take your Oscar and RUN!

Yes, run as fast as you can with your Oscar and lock it up somewhere safe. Only after your Oscar is safe and secure, fully and completely in your possession, can you count yourself as an Oscar winner.

Don’t worry: if a mistake was made, the Academy of Motion Picture Arts and Sciences will give an Oscar to the person who was supposed to win. They may send you a letter requesting that you return the Oscar in your possession. If they do, you will have no choice but to tell them the truth: “Sorry, I tried to send Oscar back, but he likes it here and doesn’t want to leave his adopted family.”