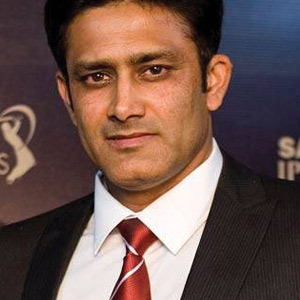 About six years after he played his last international match, Anil Kumble, the former India captain and one of the most versatile wrist-spinners to ever play the game, was inducted into the ICC Cricket Hall of Fame.

The third highest wicket-taker in Test cricket, Kumble is the fourth India cricketer to be inducted into the Hall of Fame, joining former captains Bishen Singh Bedi, Kapil Dev, and Sunil Gavaskar.

“It’s an honor to be inducted into the ICC Hall of Fame,” said Kumble, who was inducted during the innings break of the World Cup match between India and South Africa in Melbourne, Australia. “I deem it as a great privilege to join the list of great cricketing luminaries.”