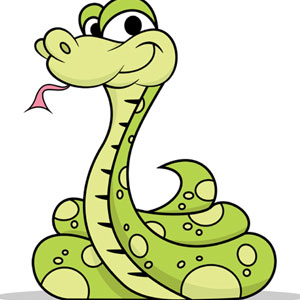 I was watching a documentary on PBS the other day and came to the realization that America is not doing enough to control the population of a certain group that keeps sneaking into the country and causing trouble. This is a growing problem in Florida and could become a major problem in the rest of the country, unless immigration laws are tightened to keep these slithery individuals from entering the country.

I am speaking, of course, about Burmese pythons. According to the documentary Invasion of the Giant Pythons, thousands of these pythons are brought into the country annually to sell to snake enthusiasts. A snake enthusiast is a person who enjoys keeping snakes as pets and is not required by law to take any medication for this condition.

America has tens of thousands of snake enthusiasts—and if you don’t believe me, just go to any hospital emergency room. You are likely to find a snake enthusiast there, saying to the doctor, “He seemed so friendly. I don’t know what got into him.”

As the documentary indicates, many snake enthusiasts in Florida have adopted Burmese pythons. Here’s what typically happens: a woman spots a baby python in a pet store and says, “Awwww … he looks so cute. Can we get him? We’ll call him Myron.” And her husband says, “Sure, why not? What could go wrong?”

About a year later, the woman is surprised to find that her cute little python now weighs 300 pounds and her husband has gone missing.

She puts “Missing” posters all over the neighborhood. “I miss my husband,” she tells her friends. “But at least I have Myron to curl up in bed with—and he doesn’t snore.”

When Myron grows to be over 25 feet long, the woman decides to let him go. “He’s a little too long for me,” she tells her friends. “I’ll be curled up in bed with part of him and the other part of him will be in the living room, watching Invasion of the Great Pythons.”

She takes him to the wetlands of Florida and releases him into the wild. There he runs into his long-lost uncles, aunts, nephews, and cousins, several of them living in a discarded oil drum imprinted with the letters BP, which he knows stands for Burmese Pythons. Some of these pythons, like him, were released by pet owners, but most are escapees from animal warehouses damaged by hurricanes and the sets of bad Hollywood movies.

I know what you’re thinking: “What’s the harm in a bunch of pythons slithering around parts of Florida? After all, Florida is full of slithering creatures, not all of whom have dated Taylor Swift.”

Well, Shawn Heflick, a herpetologist featured in the documentary, would agree with you, at least partly. Burmese pythons “are not prone to attack humans unless molested or grabbed,” he says. That might put my mind at ease, but the documentary also showed a python swallowing an alligator whole. I don’t know about you, but any creature that can swallow an alligator whole scares the living (bleep) out of me. Given a choice between touching a Burmese python or spending a day with one of the Kardashians, I’d have a real dilemma on my hands.

The documentary showed in vivid detail the variety of items on a Burmese python’s menu. A scientist cut open a python captured in Florida and found the remains of an alligator, two exotic birds, an adult deer and 438 missing votes from the 2000 presidential election.

Anyone want to adopt a 25-foot Burmese python? It’s friendly, doesn’t snore and can swallow other creatures you don’t like: rats, alligators, raccoons—perhaps even a Kardashian or two.