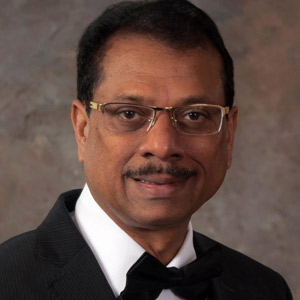 Dr. Sudhakar Jonnalagadda was declared elected as the Vice President of American Association of Physicians of Indian Origin (AAPI), the largest ethnic medical organization of physicians, representing the interests of the over 100,000 physicians of Indian origin in the United States on Saturday, June 2, 2018.

Dr. Jonnalagadda will be President in the year 2020. AAPI serves the interests of the Indian American physicians in the US and in many ways contributing to the shaping of the healthcare delivery in India for the past 36 years.

“AAPI has given me so much -- networking, advocacy, and education -- and I am honored to serve you. I sincerely appreciate the trust you placed in me as the Vice President of AAPI, and I am deeply committed to continue to work for you,” declared Dr. Sudhakar Jonnalagadda, the newly elected Vice President of American Association of Physicians of Indian Origin (AAPI).

As a dedicated member and leader of AAPI for over a decade, Dr. Jonnalagadda had served as the Secretary of AAPI from 2017. He was elected and served as a member of the Board of Trustees, AAPI in 2014-2015, and had served as the Regional Director, AAPI South Region from 2011-2013. Dr. Jonnalagadda was the Chair, AAPI Awards Committee in 2015, and had served as the Alumni Chair, Atlanta AAPI Convention in 2006. He was the Convener of AAPI 2012 Fundraiser, and helped AAPI raise $150,000, and in the 2013 Fundraiser, he had helped AAPI raise $120,000 in Atlanta. In 2016, he had helped in the AAPI 2016 Fundraiser through his efforts in Atlanta to raise funds for Hurricane Harvey.

A Board-Certified Gastroenterologist/Transplant Hepatologist, working in Douglas, Georgia, Dr. Jonnalagadda is a former Assistant Professor at the Medical College of Georgia. He was the President of Coffee Regional Medical Staff 2018, and had served as the Director of Medical Association of Georgia Board from 2016 onwards. He had served as the President of Georgia Association of Physicians of Indian Heritage 2007-2008, and was the past Chair of Board of Trustees, GAPI. He was the Chairman of the Medical Association of Georgia, IMG Section, and was a Graduate, Georgia Physicians Leadership Academy.

Along with Dr. Naresh Parikh, his executive committee consisting of Dr. Suresh Reddy, President-Elect; Dr. Sudhakar Jonnalagadda, Vice President; Dr. Anupama Gotimukula, Secretary; Dr. Anjana Samadder, Treasurer; and Dr. Ajeeth Kothari, Chairman of the Board of Trustees, were administered the oath of office as the AAPI delegates cheered loudly wishing them the best in the upcoming year.