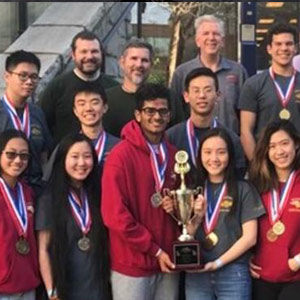 Brookwood High School's Science Olympiad Team was recognized by the Gwinnett Board of Education at a recent meeting for the team’s 9th consecutive state championship.

Science Olympiad offers students the opportunity for interscholastic competition rooted in science. It is one of the largest national science competitions, with more than 7,000 teams participating around the country each year. Science Olympiad tournaments are composed of several events which require students to apply various science disciplines such as biology, earth science, chemistry, and physics, along with technology, problem-solving, and teamwork.