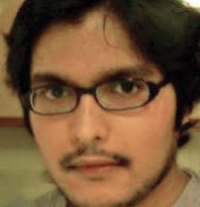 Kapil Komireddi won’t please Indian nationalists with his scathing assessment of their nation’s trajectory since it became a republic seven decades ago. A widely published freelance writer, his book is called Malevolent Republic. Sparing neither the Congress Party nor the BJP, he chronicles how—because of misrule, corruption, sectarianism, inequality, and authoritarianism—India’s secular democracy is under dire threat.

Amna Nawaz, PBS NewsHour’s senior national correspondent, became the first South Asian American to co-moderate a presidential debate. She joined three other moderators, including Judy Woodruff, for the sixth Democratic primary debate. Nawaz, who is also the primary substitute anchor, previously worked as a correspondent for ABC and NBC. She’s the daughter of Pakistani immigrants.

Praveena Fernes and Amar Bhardwaj are among 46 college students chosen for Britain’s Marshall Scholarships for American students. Their graduate studies at leading British universities will be paid for by the Marshall fund in 2020. Fernes, now at Tulane University, will head to the School of Oriental Studies (SOAS), while Bhardwaj, now at Columbia University, will continue his education at the University of Edinburgh.

Afroz Shah is one of the Top 10 CNN Heroes of 2019. In 2015, when Shah and his neighbor began cleaning up Mumbai’s garbage-strewn Versova Beach, where Shah had played as a child, their initiative ballooned into a mass movement, attracting over 200,000 volunteers. They have picked up 60 million pounds of trash. Plastic is a big problem, but thanks to the inspiration of these volunteers, the fight continues.

Gurbir Singh Grewal, Attorney General of New Jersey, was in the news recently when he referred to a domestic terrorist incident in Jersey City. “We will never allow our society to be defined by those who spread messages of fear, hate, and intolerance,” he said. Appointed to the office in 2018, Grewal is the nation’s first Sikh American Attorney General, just as earlier he became the first Sikh American county prosecutor in the U.S.

Sundar Pichai, CEO of Google, has climbed the corporate ladder even higher to become one of the world’s most powerful tech leaders. As Google co-founders Sergey Brin and Larry Page cede control of Alphabet, the parent company, and opt for a more low-key role, the 47-year-old Pichai, a Chennai native, takes over as the CEO of Alphabet as well. It’s a tricky time for the giant company as it faces tough questions.

Neha Dixit, an investigative reporter in India, has won a string of awards, the latest one being the CPJ International Press Freedom Award from the Committee to Protect Journalists. Her fearless reporting, for print and online outlets as well as TV, focuses on politics, gender and sectarian violence, and social justice. Her 2019 stories on extrajudicial killings and illegal detentions brought a fierce backlash, but it hasn’t stopped her.

Nalini Nadkarni, a forest ecologist at the University of Utah, has been a doll enthusiast, even making what she calls Treetop Barbies. Passionate about science and the environment, she has helped Mattel and National Geographic develop career dolls that focus on women and encourage girls in professions like marine biology, astrophysics, and wildlife conservation. Now there’s also a Treetop Barbie in Nadkarni’s likeness. 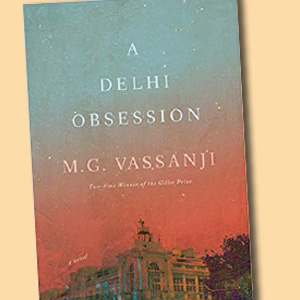 A Delhi Obsession (Doubleday Canada) – by M. G. Vassanji. Whatever happened to Rohinton Mistry? After three wonderful novels and a short story collection, he seems to have dropped out of sight. Call it the Mystery of Mistry. Luckily, we have other notable Indian-Canadian authors, and few are as highly regarded as Vassanji, who won Canada’s top literary award twice. In his latest novel, the Kenyan-born writer takes us to India, which he had written about in A Place Within, his first memoir. In the novel, Munir Khan, a widower living in Toronto, wants to explore his ancestral land. Being a Muslim, this search for roots has come at an awkward time, given the rise of right-wing nationalism. At the Delhi Recreational Club, his temporary home, Munir meets Mohini, and a lively debate ensues between them. But Mohini, an attractive Hindu woman, is married—and to complicate matters, as she takes him on a guided tour of Delhi, sparkling conversations are not the only thing that keeps them together. 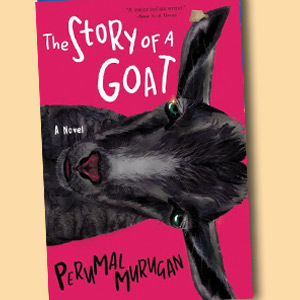 The Story of a Goat (Grove Press) – by Perumal Murugan. Translated from Tamil by N. Kalyan Raman. For an author who once decided to give up writing after facing harsh attacks from his critics in India, it’s been quite a journey. Now a leading and prolific novelist, he is admired for his sharp insights, satire, and authentic depiction of village life. This novel is a fable that reminds one of George Orwell’s Animal Farm, except that Murugan’s story—of an elderly couple who adopt a “baby” goat they call Poonachi—is genuinely Indian and has nothing to do with communism. But we do get glimpses of the goat’s inner life, “reflecting Murugan’s enchanting capacity to make a simple story resonate on many levels,” according to Kirkus in a starred review. As for One Part Woman, the famous novel which caused controversy in Murugan’s home state, what happens to the couple after the wife attends an unsettling night festival to “cure” her infertility? There’s a sequel called Trial by Silence. 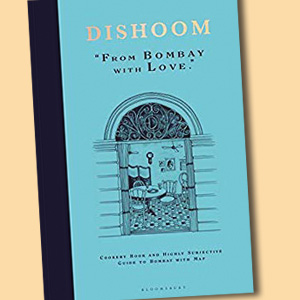 Dishoom: From Bombay with Love (Bloomsbury) – by Shamil Thakrar, Kavi Thakrar, and Naved Nasir. This entertaining book combines recipes, reminiscences—and pictures (both archival and new ones by Haarala Hamilton) that are as much of a treat as the distinctive dishes you’ll be able to prepare at home. Jackfruit Biryani, anyone, or Bacon Naan Roll? But the book is also a quirky tour guide that both visitors and natives can relish. Put together with enthusiasm and a generous dollop of nostalgia, it takes you to Mumbai’s eateries— from Irani cafés and hole-in-the-wall joints to five-star restaurants—which inspired the recipes. Judging by the photos, these places can be a homey refuge in a busy, crowded city. Now based in the U.K., the book’s authors run seven well-liked Dishoom restaurants. That word, if you’ve seen old Indian movies, is what you hear when the hero and villain are punching each other. “If we’re candid, it is an odd choice of name for our restaurants,” they charmingly admit. 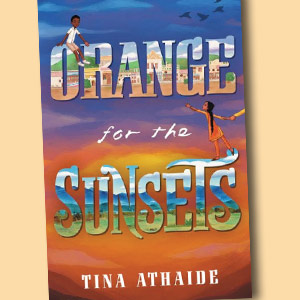 Orange for the Sunsets (Harper- Collins) – by Tina Athaide. Speaking of Canadian writers, not to mention books one might have missed in 2019, here’s a novel for middle graders that takes us back to a traumatic period in East Africa’s history. It is 1972, and Uganda’s Indian population (about 80,000) has been given 90 days to leave the country. Idi Amin’s expulsion order puts a strain on the friendship of Asha and Yesofu, an African boy. Will their bond break? Publishers Weekly and Kirkus have given it starred reviews. Athaide was born in Uganda, but she grew up in Britain and Canada, where she’s been a teacher for three decades. The family pictures and biographical information—Athaide’s mother, for instance, helped with the delivery of Amin’s baby—included at the end make the book more poignant. “Some of the details in this story have been fictionalized, but the major events are based on research, new articles, interviews with family and friends, as well as my own memories,” Athaide writes.