A QUIZ FOR SEPTEMBER 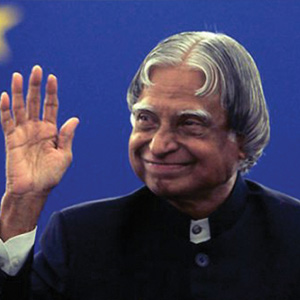 A QUIZ FOR SEPTEMBER

1. The death of A.P.J. Abdul Kalam (“Missile Man of India”) brought an outpouring of tributes. A celebrated scientist, the 11th president of India, and a popular author, Kalam won the Bharat Ratna, the nation’s highest civilian award. Khān Abdul Ghaffār Khān (“Frontier Gandhi”) was one of only two non-Indian citizens to win this award. Who was the other?
(A) Mother Teresa (B) 14th Dalai Lama (C) Nelson Mandela (D) Bill Gates

2. The Nathula Pass connecting India and China, closed after the two nations fought in 1962, was reopened for trade only in 2006. Starting this year, in which state has this motorable pass become accessible to Indian pilgrims who want to cross over to Tibet?
(A) Assam (B) West Bengal (C) Arunachal Pradesh (D) Sikkim

3. With more than 11,000 songs under her belt, who is the world’s most recorded singer, according to the Guinness World Records?
(A) Lata Mangeshkar (B) Madonna Ciccone (C) P. Susheela (D) Asha Bhosle

4. India’s internet use is rising fast (269 million users in June 2015), along with rural penetration (81 million), and so is the use of Indian languages online, according to IMRB International. Overall, in India, which language is used the most on the internet?
(A) Hindi (B) English (C) Tamil (D) Marathi

6. Raj nostalgia is back on TV, eliciting both groans and cheers. Indian Summers, a nine-part series set in the years before India’s independence, will air on PBS. The Jewel in the Crown, perhaps the most popular “Raj” series, was adapted from which author’s work?
(A) M. M. Kaye (B) Paul Scott (C) John Masters (D) Ruth Prawer Jhabvala

7. India, at 1.3 billion, has 18 percent of the world’s population, according to a recent U.N. report, and is just behind China (1.4 billion). But India will have the dubious distinction of overtaking China by 2022. Which is currently the world’s third most populated nation?
(A) Indonesia (B) U.S.A. (C) Brazil (D) Pakistan

8. British Indian filmmaker Asif Kapadia is making waves with Amy, already the second highest- grossing documentary ever in the U.K. He’s won awards and made other notable films. Which film of his, starring Irrfan Khan, is set in India?
(A) The Warrior (B) Senna (C) Far North (D) The Return

9. The OCI program (following the merger of OCI and PIO cards) provides certain benefits to OCI cardholders, such as the right to work in India without registering or getting an employment visa. Who among the following are not covered by this scheme?
(A) Doctors (B) Architects (C) Mountaineers (D) Advocates

10. President Obama reportedly took six books with him for his family’s summer vacation in Martha’s Vineyard. Name the Indian-American author—a member of the President’s Committee on the Arts and Humanities—who made it to his reading list.
(A) Fareed Zakaria (B) Jhumpa Lahiri (C) Akhil Sharma (D) Aziz Ansari 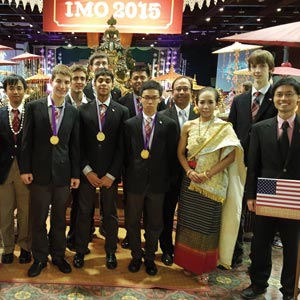 When Team U.S.A. won the International Math Olympiad after a 21-year gap, there was respectable coverage but none of the over-the-top hoopla that often accompanies sporting events. That’s one of the ironies of America, which produces the most Nobel laureates and has the world’s best universities. Athletes get all the attention, not “mathletes”—and it’s sports that rules, not science (or the arts). Six high school students— including Shyam Narayanan and Yan Liu Patil—made up Team U.S.A., which was among the 100 competing nations in Bangkok. The U.S. scored 185 points, edging out China (181 points), while South Korea came in third with 161 points.

Five members of Team U.S.A. also earned gold medals, and the sixth missed it by a point. The intensity of the competition is such that each student gets only three problems, which can be solved over two days. 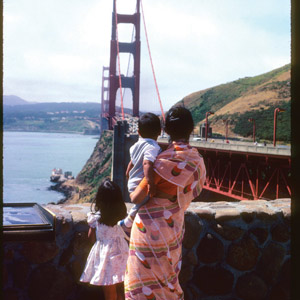 Indian migrants were living in America well before 1965. In fact, California’s Stockton Gurdwara marks it 100th anniversary this year, making it the nation’s oldest Sikh temple. Going back even further, the Vedanta Temple in California was completed in 1905. But it was the Civil Rights Act of 1964—which outlawed discrimination based on race, religion, sex, or national origin—that became a game-changer. It paved the way for the Immigration and Nationality Act of 1965, which abolished the national origins quota system and replaced it with a preference system based on skills and family relationships with U.S. citizens or residents.

Much has changed in the last five decades. As of 2013, Indians formed the second largest foreign-born group (behind Mexicans), accounting for 2.04 million (roughly 5 percent) of America’s immigrant population. As of 1960, in contrast, there were just 12,000 Indian immigrants in the U.S., forming less than 0.5 percent of the foreign-born population back then, according to the Migration Policy Institute. By 1980, the Indian immigrant population grew to 206,000.

At 19 percent, California has the largest population of Indian immigrants, followed by New Jersey (11 percent) and Texas (9 percent). In 2013, India sent 68,000 permanent residents to the U.S., accounting for 7 percent of the total, putting it just behind China. Only about 45 percent of Indian immigrants arrived in the U.S. before 2000. As of 2013, less than half (47 percent) of foreign-born Indians were naturalized U.S. citizens. Today, only the U.A.E. has more Indian immigrants than the U.S. 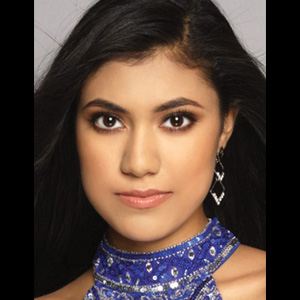 You could call Priya Gopal-Walker a Miss American Indian American. Or perhaps, for the 17-year-old who is of Native American and Indian-American parentage, the title Miss Teen Washington would be just fine. Though the national title eluded her in the Bahamas last month, Priya remains relevant because the abuse she endured at home didn’t hold her back. A junior at the Seattle Academy of Arts and Sciences (SAAS), she’s also a child advocate who speaks out against domestic violence. Now at a foster home, where she’s adjusted happily, Priya leads the busy life of a bright teen. Her passion for dance encompasses Eastern and Western traditions, and she’s embraced both Bollywood and ballroom dancing, not to mention hip-hop and modern dance. Who knows, maybe we’ll see her in Indian films in the not-too-distant future. Priya, as the Miss Teen U.S.A. hosts point out, is a trivia app enthusiast—ranked number five in the world in Pirates of the Caribbean trivia—and she’s had only six haircuts in her life. 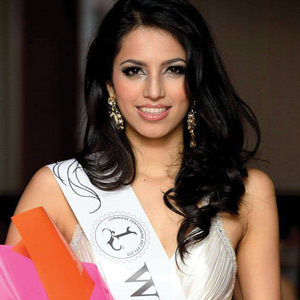 Fiji-born Pooja Priyanka will represent Australia at the 2015 Miss Universal Peace and Humanity pageant, to held in Dubai this December. She was the second runner-up at the 2014 Miss Face of Beauty international pageant.

Also in 2014, Indian-born Ruhi Singh won the crown at the Miss Universal Peace and Humanity pageant. 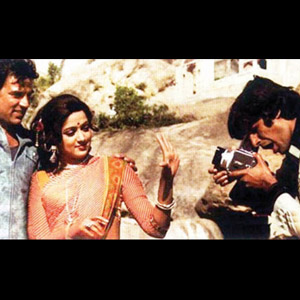 Is there an Indian film that’s had a more devoted following than Sholay? Hard to think of one, and it’s harder to realize that this Curry Western is four decades old. There are hit songs, and memorable characters include the dacoit Gabbar Singh, played by Amjad Khan. The film has even drawn folks who’re usually indifferent to Bollywood—an example being India-based Sam Miller, author of A Strange Kind of Paradise: India through Foreign Eyes. A former BBC correspondent, he’s watched this lengthy film about 10 times since 1989. Notwithstanding the foreign influences, ranging from the films of Eastwood, Wayne, and Chaplin to Kurosawa’s Seven Samurai, Miller sees Sholay as uniquely Indian.

“There’s some clammy over-acting, particularly by the ne’er-do-well (with whom I quickly identified), and some terrible filmy clichés and coincidences, but it can still make me laugh and cry more than twenty years later,” he writes. “I adore its cinematographic tricks, its clever self-references—and its angry young heroes, who are, uniquely, both cowboys and Indians.” And the film lovingly depicts a more rustic, pre-globalized India.

The ne’er-do-well is Dharmendra, who ended up marrying the village belle (Hema Malini) in real life, too, just as the silent one (Amitabh Bachchan) ended up with the reclusive widow (Jaya Bhaduri).

So what was the secret sauce (or curry) that made Sholay a success? As Miller notes, the ne’er-do-well gets it right when he says, “Is story mein, emotion hai, tragedy hai, drama hai.”

He’s referring not just to his story, of course.