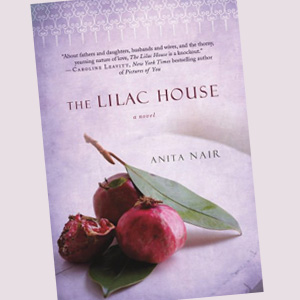 Anita Nair’s The Lilac House (St. Martin’s Griffin) is about two secrets that disrupt the lives of her novel’s two lead characters. Cookbook author Meera, married to a corporate executive, leads a placid and comfortable suburban life—until her husband mysteriously disappears one day, leaving her with two children. Close by, a cyclone-studies professor is trying to figure out why his daughter was the victim of an accident at a beach holiday, and why her friends are missing. As the lives of these main characters intersect, creating a new layer in the story, Nair interweaves figures from Greek mythology in her narrative. This novel has been adapted for the stage and film in India. Through all the turmoil, it is Meera’s family home—the Lilac House—that remains constant. Bangalore-based Nair also wrote Mistress, The Better Man, and Ladies Coupé. 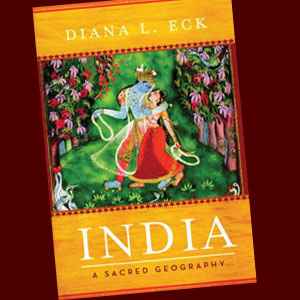 Diana Eck’s India: A Sacred Geography (Harmony), not your typical bedside reading material, hit a best-seller list in India. Eck focuses on the landscape and landmarks familiar to pilgrims through the ages. Banaras is an important city, but so are Mathura, Hardwar, and Kanchi, among others. And this pilgrim’s India extends to forests and mountains, not to mention rivers like the Ganga and Godavari. Instead of territories controlled by kings or governments, we have a richly symbolic land carved out by the footsteps of pilgrims who formed local, regional, and transregional networks. “For a time, I was discouraged about the writing of it, fearing that somehow the image of a sacred geography enlivened by the presence of the gods and interlinked through the circulation of pilgrims would further feed the fervor of an exclusive new Hindu nationalism,” adds Eck, a Harvard religion scholar and the author of Banaras and Darshan. “But the reality I describe and interpret here is clearly one not of religious exclusivity, but rather of complexity, mobility, and plurality.” 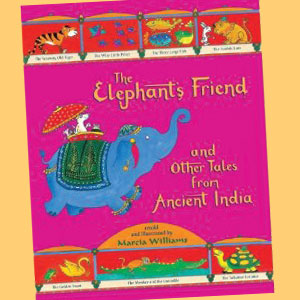 The Elephant’s Friend and Other Tales from Ancient India (Candlewick), written and illustrated by Marcia Williams, is for kids aged eight and up. What’s unusual about these eight animal folktales adapted from the Jataka, Hitopadesha, and Panchatantra is Williams’s colorful new graphicbook- style presentation, which she also used for her adaptations of Western classical stories. “Dropping in the occasional multisyllabic proper name for atmosphere and adding further zing with waggish side comments (‘Maybe I could eat a reader instead!’ mutters Crocodile’s disappointed wife), Williams relates each fable economically and keeps the tone lighthearted even in the face of fatal consequences,” states Kirkus Reviews. 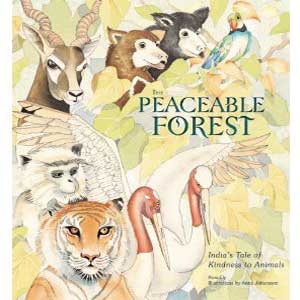 The Peaceable Forest: India’s Tale of Kindness to Animals (Mandala) is also a recent version of an ancient tale, retold here by Kosa Ely and illustrated by Anna Johansson. When a hunter becomes the hunted, he learns the most important lesson of his life from a sage. Aimed at children aged five and above, the story delivers a timeless lesson: while cruelty has unhappy consequences, kindness leads to rewards. 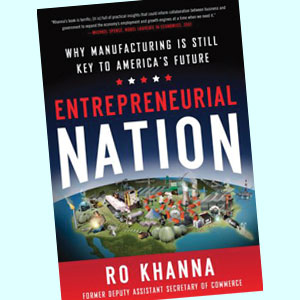 Ro Khanna’s Entrepreneurial Nation: Why Manufacturing is Still Key to America’s Future (McGraw- Hill) is a diagnosis, and policy prescription. As Obama’s appointee overseeing the Commerce Department’s domestic offices, he got a close look at manufacturing in his travels across America. Challenging the familiar lament that the country is losing its competitive edge, Khanna argues how, despite the well-documented setbacks in manufacturing, America remains an entrepreneurial nation. Yes, it’s true that lower costs and, in some cases, currency manipulation, subsidies, and even intellectual property theft have benefitted foreign competitors. But using cutting-edge American companies as examples, Khanna show why there are grounds for optimism. The U.S. economy is more diverse, the workers more productive, and the companies more nimble. Here we prefer participatory governance, with a bottoms-up approach that results in creative collaborations. American firms are able to innovate, customize, and economize more easily to make more high-value products, he points out. To round out his analysis, Khanna includes policy requests from manufacturers. Desi World