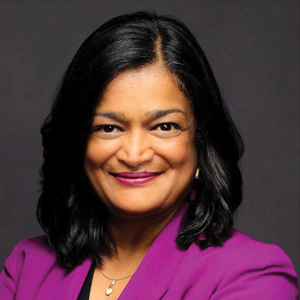 Pramila Jayapal, a Democratic U.S. representative, is the leader of the House Progressive Caucus, which now has 96 members and is a powerful player in the legislative battles underway in Washington, D.C. Born in Madras, she grew up largely in Indonesia band moved to the U.S. at the age of 16. Before becoming the first woman of color in the Washington State Senate, the former investment banker worked for a nonprofit. 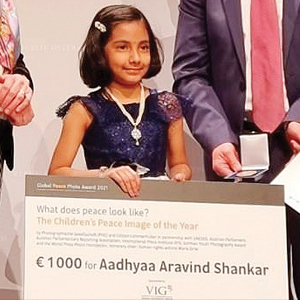 Aadhya Arvind Shankar, only 7, traveled from Bengaluru to Vienna to receive the Global Peace Photo Award. Her picture (“The Lap of Peace”) shows her mother in the lap of her grandmother. Awarded yearly by Lammerhuber Editions in partnership with UNESCO and the Austrian Parliament, it comes with a diploma, a medal and a check of 1000 euros. It recognizes the work of photographers who promote world peace. 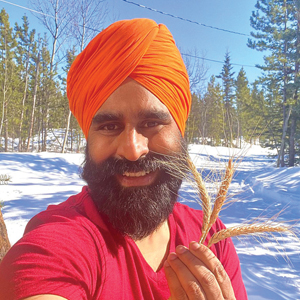 Gurdeep Pandher, who lives in the wilderness of Canada’s Yukon Territory, has became a social media sensation for his message of positivity. His rousing Bhangra dances in spectacular settings, performed solo while wearing eye-catching turbans, have drawn millions of views across the world. Pandher, who moved from Punjab to Canada in 2006, calls his approach “the Science of Happiness with no unwanted distractions.” 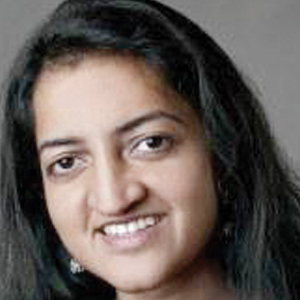 Suchitra Sebastian of Cambridge is a winner of the 2022 New Horizons in Physics Prize. It’s worth $100,000. She was recognized for high precision electronic and magnetic measurements. Other winners include Stanford physicist Vedika Khemani, who was honored for her work on non-equilibrium quantum matter, and Caltech physicist Mansi Manoj Kasliwal, who was cited for her electromagnetic studies. 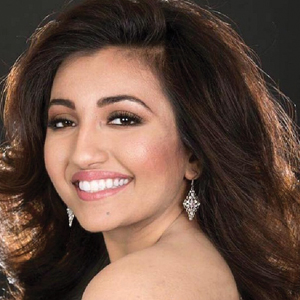 Shree Saini was crowned Miss World America 2021, becoming the first South Asian to win the title. Saini, who became Miss World America Washington last year, has overcome challenges in her life. A journalism graduate, she suffered face burns after a car accident, and she has had a pacemaker in her heart since the age of 12. Saini collapsed before the pageant in 2019, but she has been triumphant for two years. 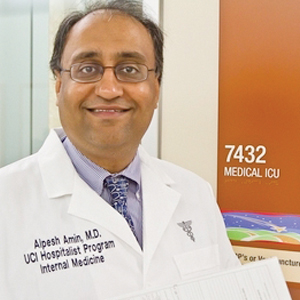 Dr. Alpesh Amin, executive director of hospital medicine at UC Irvine Health in California, led the team that oversaw the treatment of former president Bill Clinton, who spent six days in the hospital because of a urological infection that spread to his bloodstream. Born in Baroda and raised in the U.S., Amin earned a healthcare MBA besides his M.D. The multidisciplinary program he oversees has nine specialties. 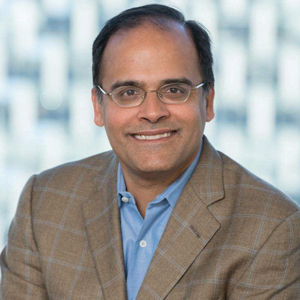 Deven Parekh, managing director of Insight Partners, and Georgia leader Stacey Abrams are among the five recipients of the 2021 Ripple Hope Award. Established in the memory of Robert F. Kennedy, the award honors achievers in the business, entertainment and activist communities. The other winners this year are poet Amanda Gorman,Clearlake Capital Group cofounder José Feliciano, and Verizon  CEO Hans Vestberg. 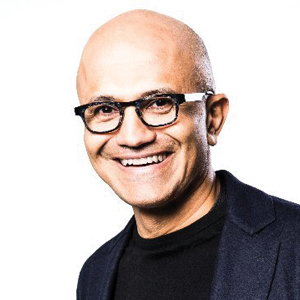 Satya Nadella was among the four senior Microsoft executives to be honored with the 2021 C.K. Prahalad Award for Global Business Sustainability Leadership. Besides CEO Nadella, the other Microsoft recipients were President Brad Smith, Chief Financial Officer Amy Hood and Lucas Joppa, who is another kind of CEO (Chief Environmental Officer). Also included was Douglas Baker, chairman and former CEO of Ecolab.

IN THE NEWS FOR WRONG REASONS 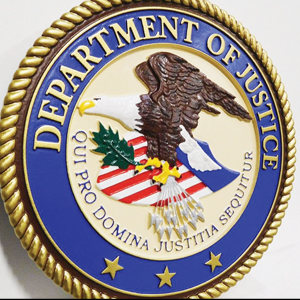 Ramesh “Sunny” Balwani, Samir Rao and Tameshwar Ammar are a small sample of Indian-Americans who have been accused of acts ranging from ethical lapses to criminality. Balwani plays a starring role in the fall of Theranos, a healthcare company founded by Elizabeth Holmes. Their so-called advances in medical lab testing, based on unsubstantiated research, proved to be a scam. Both were allegedly involved in a scheme to defraud investors, doctors and patients. Balwani, the former president and COO of Threranos, was romantically involved with Holmes for a while, but he left before the company collapsed. Samir Rao was involved with another Silicon Valley company, Ozy Media, which collapsed in just six days. COO Rao, who cofounded the company with Carlos Watson, impersonated a YouTube executive in a business meeting with Goldman Sachs. This bizarre stunt was an attempt to secure a $40 million investment. Other problems at Ozy Media included wildly inflated traffic and subscription figures.

Ammar, who was practicing medicine on Long Island, New York, has been sentenced to five years in prison for conspiring to illegally prescribe highly addictive pain medication. Indicted in 2019 for prescribing thousands of Oxycodene pills to two individuals, his medical license was suspended. And then there’s the curious case of Ravi Shankar, a former professor of English at Central Connecticut State University. His category is misfortune, not crime. Shankar spoke out against racial profiling when he was arrested the first time, and he successfully sued New York City. But he was arrested again when he violated his probation for a misdemeanor by driving with a suspended license. He was sentenced to 90 days pretrial detention. 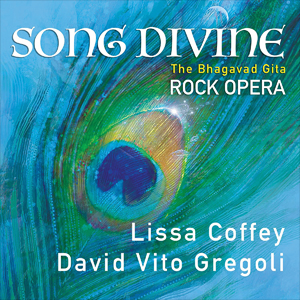 Rock operas are not new, thanks to Andrew Llyod Webber and Tim Rice. And now, 50 years after their Jesus Christ Superstar was released to acclaim, we have a rock opera based on the Bhagavad Gita. Created by songwriter Lissa Coffey and composer David Vito Gregoli, it’s called Song Divine. The double-album, released by Dharmapala Records, has 18 rock/pop-infused songs based on the Gita, with the Indian instruments included in the ensemble providing an additional Eastern flavor. According to Grammy awardee Ricky Kej, “it’s Hamilton for the spiritually minded.” In a highlight for Indian music lovers, Sonu Nigam does the vocals for the song “Know Who You Are,” inspired by the Gita’s second chapter.

Speaking of opera, Western composers have long been drawn to Indian sources. Satyagraha, the famous three-act opera by Philip Glass, was released in 1977. Still performed, it musically portrays Gandhi’s nonviolent campaign against racial injustice in South Africa. Another prominent example is Gustav Host, the British composer best known for The Planets. In his pre-First World War phase, Holst drew heavily on Indian mythology to compose the operas Savitri and Sita, besides shorter works such as The Cloud Messenger, Indra and Hymns from the Rig Veda. Léo Delibes, the 19th-century French composer, is known for Lakmé (or Lakshmi), an opera set in British India. The Pearl Fishers, composed by Georges Bizet, is set in ancient Ceylon (now Sri Lanka). Franco Alfano’s Sakuntala premiered in 1921 (a second version appeared in 1952). Ravi Shankar, not to be outdone, composed his own opera, Sukanya, with an assist from librettist Amit Chaudhuri. It premiered in London’s Royal Opera House in 2017. 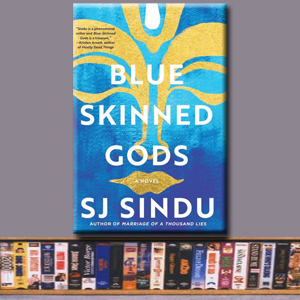 Blue-Skinned Gods (Soho Press), by S.J. Sindu. A young boy at an ashram in southern India becomes a guru. Given the long-standing fascination for gurus, both real and fake, this may not seem strange. What makes it unusual, though, is that Kalki Sami has blue skin and he’s being promoted as an avatar of Vishnu. Ayya, who runs the ashram, is Kalki’s father and a control freak. The other characters include the boy’s Amma, Roopa, who is his love interest, and Kalyani. Kalki is just 10 when he’s asked to perform three tests to prove his divine status. How real is this so-called guru, who has a difficult decade with his family before he ends up in New York, where he explores the underground rock scene? Is he being exploited? The novel, according to Kirkus, is “remarkably moving in its explorations of faith, doubt, and what it might mean to be a charlatan.” The Sri Lankan-born author, who also wrote Marriage of a Thousand Lies, teaches in Canada. 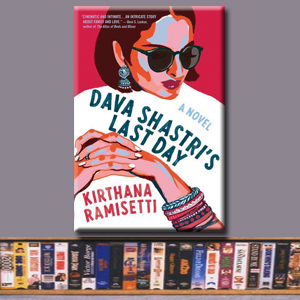 Dava Shastri’s Last Day (Grand Central Publishing), by Kirthana Ramisetti. The plot is cinematic, so perhaps it’s no surprise that this debut novel was scooped up for a TV series even before the book’s release. Ramisetti, a former entertainment correspondent for New York Daily News and Newsday, was partly inspired by the obituaries she saw of rich and powerful figures. Shastri, a wealthy Indian businesswoman with her own island, decides to fake her death so that she can read the coverage of her achievements. The year is 2044, and when the family gathers on the island, it’s announced that Shastri has died of brain cancer at 70. Expecting glowing obituaries, she’s in for a rude shock. What’s revealed are her troubling secrets, not her philanthropic contributions to the arts and social causes. “Every item and fixture inside, and tree and stone outside, had been chosen by Dava, the entire estate custom-made to her exact specifications,” the reader learns. But that control, Shastri realizes, doesn’t extend to her image. Ramisetti, who grew up in California, was partly inspired by the musical Hamilton. 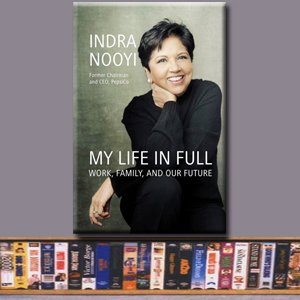 My Life in Full (Penguin), by Indra Nooyi. CEO and celebrity memoirs have a built-in audience, but often the hype overwhelms substance. In Nooyi’s case, readers can be assured that the book will deliver on its promise. When Nooyi took over as the CEO of PepsiCo, which she led for 12 years, it was a remarkable achievement. She became the first woman of color and immigrant to head a Fortune 50 company. But her journey, whose origins in Madras she traces in the first section, didn’t end there. In a risky move, she introduced a Performance with Purpose mission to counter some of the negative effects of PepsiCo’s products on the environment and health. This focus on balance extended to the tug-of-war between work and family, an issue she was acutely familiar with as a pioneering Indian-American executive who didn’t have females bosses or mentors. Nooyi tackles this in the last section. “Looking back, I see how my life is full of this kind of duality,” she notes. 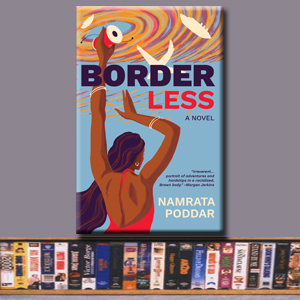 ​Border Less (7.13 Books), by Namrata Poddar. At UCLA, Poddar explores postcolonial and transnational studies through multiethnic literature. And in her debut novel, divided into sections called Roots and Routes, she questions mainstream modes of storytelling. Her style, which seems to draw on oral traditions, emphasizes repetition, rhythm and reinvention. The substance also deviates from traditional Western preoccupations. “Each of the novel’s carefully drawn chapters explores questions of belonging and identity, complicated by geographic, racial, gender and class distinctions, to name a few,” Aline Ohanesian points out. Dia Mittal, an airline call center agent in Mumbai, is at the novel’s center. She ends up in California, and her journey becomes emblematic of the larger diasporic journey: “For five years, she’d faked an American accent over the phone. Could she be an American though?” Poddar, a first-generation immigrant, has a PhD in French literature and an MFA in creative writing.