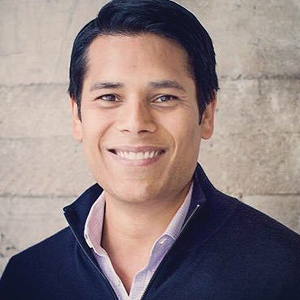 Nirav Tolia, who cofounded Nextdoor with three others in 2008, is a “guest shark” on the new season of ABC’s Shark Tank. Along with the other sharks, Tolia listens to pitches from budding entrepreneurs for a product or business venture they want to develop. Nextdoor is a free and popular hyperlocal social networking service for neighborhoods throughout the nation. Tolia, a Stanford graduate, was the CEO of Nextdoor. 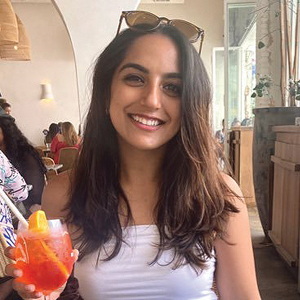 Isha Mehra, a former Facebook data scientist, and Lindsey Lee Lugrin, a former equity analyst who is now a social media creator and model, cofounded an app called FYPM. That’s a gentler way of saying F*** You Pay Me. It lets creators share reviews, ad rates and other information that users such as influencers would find helpful when they’re negotiating their content deals with brands. The goal is to promote equitable pay. 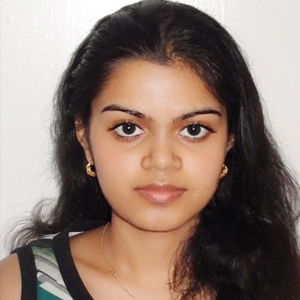 Eshani Jha, previously mentioned in this column for winning a 2021 Regeneron
Award, has now won the Stockholm Junior Water Prize, which includes a blue crystal award, a diploma and $15,000 in cash. Also, her school in California gets $15,000. The teen, honored by Sweden’s crown princess, has done research on removing contaminants in a cost-effective manner. Active carbon is replaced with biochar for use in water filters. 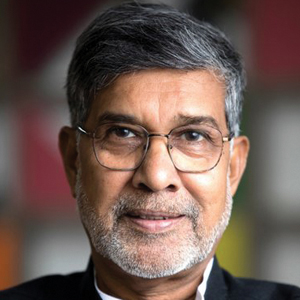 Kailash Satyarthi, who shared the 2014 Nobel Peace Prize with Malala Yousafzai, has been appointed as a United Nations Sustainable Development Goals (SDG) advocate along with three others. Satyarthi, a social reformer, gave up a comfortable life as an electrical engineer to focus on ending child slavery and exploitation. As an SDG advocate, he’ll focus on protecting and promoting the rights of children around the world. 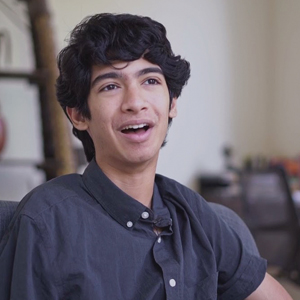 Milan Bhayana, 15, already made waves when he appeared on Magic: The Gathering two years ago. He became one of the youngest players to make it to the professional circuit on the online game, and is now the number two ranked player. The teen from Maryland has a huge social media following, and now he’s into cooking with his mother. They recently competed in a new NBC Peacock series called Top Chef Family Style. 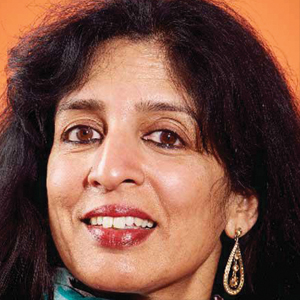 Jayshree Ullal is ranked 16 on the 2021 list of “America’s Richest Self-Made Women” put out by Forbes. The list has four other Indian-Americans: Neerja Sethi (26), Neha Narkhede (29), Reshma Shetty (39) and Indra Nooyi (91). Ullal, worth $1.7 billion, is the president and CEO of Arista, a computer networking firm. The list includes 26 CEOs, and two-thirds of the 100 women on it this year founded or cofounded a company. 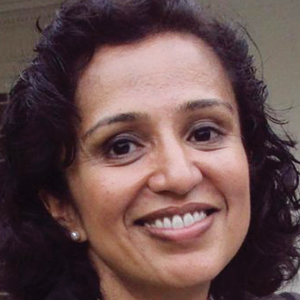 Manjusha Kulkarni of Stop AAPI Hate is included in Time magazine’s list of “100 Most Influential People.” The nonprofit web portal, which she cofounded with Russell Jeung and Cynthia Choi in 2020, allows people to file first-hand reports of anti-Asian racism. It has logged over 9000 anti-Asian acts of hate, harassment, discrimination and assault in the U.S. Kulkarni also heads the Asian Pacific Policy and Planning Council. 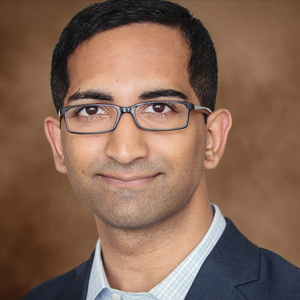 Raj Kannappan is one of the three South Asians on Fortune magazine’s 2021 list of “40 Under 40” rising entrepreneurs, influencers, creators and executives. The other two, Lina Khan and Rohan Seth, have previously appeared in this column. Kannappan, director of the Center for Entrepreneurship & Free Enterprise at Young America’s Foundation (YAF), promotes conservative free-market principles among college students in the U.S. Devon Avenue in Chicago has been a Little India (or Little South Asia) for so long that sometimes it’s called Divan Avenue. Although NIAM—believed to be the first permanent National Indo-American Museum—will retain its headquarters just a block south of Devon Avenue in Chicago, it is now opening an exhibition and community space in Lombard on October 16, 2021, at 815 S. Main Street. This building was made possible by a donation from Umang and Paragi Patel. The inaugural exhibition (“E/Merge: Art of the Indian Diaspora”), curated by Shaurya Kumar, displays the works of Avantika Bawa, Sarika Goulatia, Shreshta Rit Premnath, Kaveri Raina, Nandita Raman, Surabhi Saraf, Kuldeep Singh, Neha Vedpathak and Kushala Vora. Kumar is a professor and Chair of Faculty at School of the Art Institute of Chicago.

NIAM has been active for several years as an organically evolving community. The museum will be open to visitors on weekends from 1 p.m. to 5 p.m. The admission fee ($5) is a bargain, and students as well as large groups can take advantage of a discount. NIAM is involved with the local community through programs like Ethnic Dialogue, A Taste of India, Sacred Sites and Cultural Outreach. Its hall of fame has honored the likes of corporate executive Indra K. Nooyi and jazz musician Vijay Iyer.

In related news, South Asian American Digital Archives (SAADA), based in Philadelphia, has released a hardcover book titled Our Stories: An Introduction to South Asian Americans. Also available as an e-book, it brings SAADA’s archived stories to readers in a portable format. 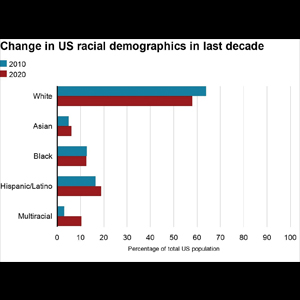 Overall, there are more Chinese-Americans than Indian-Americans, but in the non-citizen category, there are more Indians than Chinese in the U.S. That’s one of the interesting findings from the 2020 Census. Among Asian Americans, who grew to almost 20 million from 6.6 million in 1990, the Chinese and Indians form the largest groups. The gap is not huge, and most likely, there are more Indians in this country than the estimated 4 million. Pakistanis form the seventh largest Asian group (under half a million) and Bangladeshis the eighth (under 200,000). Again, the actual population figures are bound to be higher. Another notable finding is the rapid increase in the mixed race population. There are now 3.5 million Asian Americans who identify as mixed race. While some of this rise has been due to the growth of interracial families, it’s also true that this number is a reflection of changes in the survey. People were allowed to check off more than one racial category for greater accuracy.

Indian-Americans maintain the highest median household income among all demographic groups. At $123,700, it’s higher than the national average ($63,922), and a quarter of Indian-American households have incomes above $200,000. No surprise, then, that they’re well represented in high-paying professions like medicine and IT. Roughly 9 percent of physicians in the U.S. are Indians. Home ownership rate for Indians (61 percent) is lower than the national rate (64 percent). But in education it’s different. While 79 percent of Indians are college graduates, it’s 34 percent for the nation as a whole. Only the Taiwanese, at 83 percent, have a higher rate. 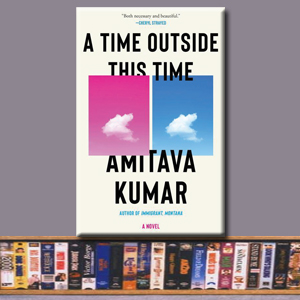 A Time Outside This Time (Knopf), by Amitava Kumar. Satya, the protagonist in Kumar’s latest novel, is a writer. And he’s working on a novel titled Enemies of the People. Kumar recently mentioned that he watched Satyajit Ray’s Ganashatru (An Enemy of the People) in his study at Vassar, where he’s an English professor. While Ray’s film is an adaptation of Henrik Ibsen’s play, Satya’s novel has other inspirations. One is George Orwell’s 1984, which captures the current craziness unleashed by fake news and fascist tendencies. Trump’s bizarre tweets are another inspiration, and then there’s the global pandemic that intensified unrest and conspiracy theories. Satya, stuck at a retreat on an Italian island, also draws on his Indian memories, which include tales of police brutality and mob violence. Another source for Satya’s eclectic material is Vaani, his psychologist wife who studies alpha male rhesus macaques. “Sensuous and searching, this is an absorbing portrait of an inspired artist in the midst of our maddening cultural moment,” Ayad Akhtar notes. 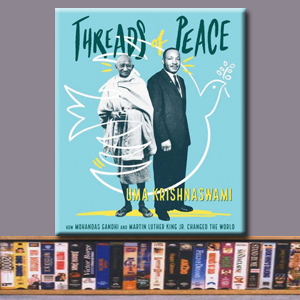 Threads of Peace: How Mohandas Gandhi and Martin Luther King Jr. Changed the World (Atheneum Books), by Uma Krishnaswami. The Indian-born author, who now lives in Canada, has penned a dual biography for middle schoolers and older readers. Gandhi didn’t make it to the U.S., but he had a deep influence on King. Atlanta native King did visit India—as a pilgrim, he said. The racism they experienced—Gandhi in South Africa, King in the Deep South—shaped their philosophy of nonviolent resistance. And they found spectacular success as the leaders of India’s independence movement and America’s civil rights struggle, respectively. The rare photographs nicely complement the text, and many will find the bibliography helpful. The events of 2020 brought a sense of urgency to Krishnaswami’s book, which she’d already been researching. “People of all races thronged the streets, demanding justice,” she points out. 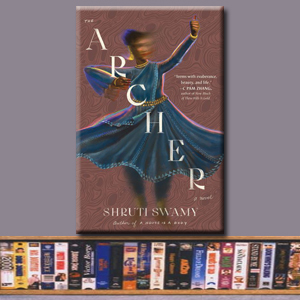 The Archer (Algonquin Books), by Shruti Swamy. Readers who enjoyed Alka Joshi’s The Henna
Artist know that The Secret Keeper of Jaipur, the second novel in her trilogy, is out. For an in-depth look at another kind of artist, they can turn to Swamy’s debut novel. The author of A House Is a Body, a story collection, and the recipient of two O. Henry Prizes, Swamy takes on classical dance in The Archer. This coming-of-age novel set in Bombay, with Vidya at its center, unfolds in the 1960s and ’70s. Her immersive journey as a Kathak dancer, which begins accidentally, is intertwined with a domestic life involving her mother, who disappears for a while, and a father whose family treats Vidya differently because of her dark complexion. “Dancing—a secret was passed along, something a body told a body,” Swamy writes. “She could not steal it, so how would she acquire it?” The vivid sights, sounds and smells make bygone Bombay another character in the novel. 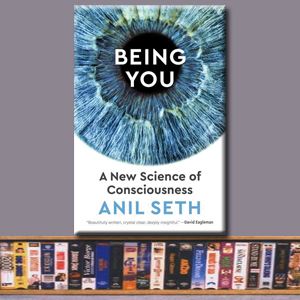 ​Being You: A New Science of Consciousness (Dutton), by Anil Seth. In a 2017 TED Talk, which drew over 12 million views, Seth explained his theory of “controlled hallucination.” Billions of neurons, each one a tiny biological machine, interact in the brain to generate a conscious experience. We absorb all kinds of data through the senses to construct our version of reality, which seems to be in tune with the Vedantic concept of maya. “We perceive the world not as it is, but as it is useful to us,” he notes. While consciousness is subjective, Seth—a cognitive and computational neuroscientist at the University of Sussex in Britain—performs many scientific experiments for his study, which he outlines for a general audience in this highly praised, bestselling book. According to neuroscientist David Eagleman, it is “beautifully written, crystal clear, deeply insightful.” Seth’s late father, Bhola, was a research scientist who moved from Gujarat to Britain as a student in 1947. He married Ann, Anil Seth’s mother, in 1960.