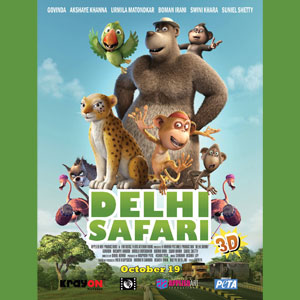 In Delhi Safari, directed by Nikhil Advani, The Lion King seems entwined in the pages of The Jungle Book, giving us an Indian fable with a modern-day twist. Set in Borivali National Park, it features Akshaye Khanna, Urmila Matondkar, Govinda, and Boman Irani. Well, to be accurate, their voices give life to, respectively, a parrot, a queen, a monkey, and a bear. It’s been called India’s first stereoscopic 3D animation film. When an environmental crisis hits the forest and the threatened animals become politically active, the story takes a contemporary turn, fusing reality and fantasy in a relatable manner. But there’s also fun and frolicking (Shankar-Ehsaan-Loy composed the music), as seen in the number “Jungle Mein Mangal.” 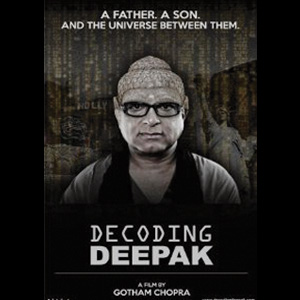 Filmmaker Gotham Chopra, in Decoding Deepak, follows his father, Deepak Chopra, the famous guru who hopscotches across continents, moving restlessly from one project to another as a teacher, writer, healer, entrepreneur, and celebrity. There’s an endorsement from Lady Gaga and an ordainment in Thailand, where Chopra becomes a monk. There’s his spirituality, but also his spiritual empire. His forte is not only mysticism and medicine, but also marketing. He’s thoughtful, but also glib; attentive, but also constantly seeking attention. His ever-present Blackberry seems as important to him as Buddhism. It’s a contradiction the son is aware of, although it doesn’t diminish his adoration. This Ode to Dad will appeal to Chopra’s legions of fans. “But Decoding dares not question its subject, just observe it,” notes USA Today. 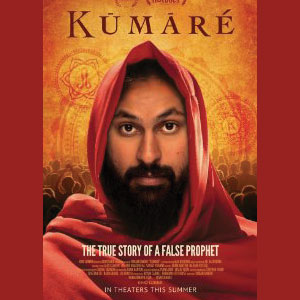 Which brings us to Kumare, in which Vikram Gandhi pretends to be a guru. Growing up in suburban New Jersey, he was put off by the spiritual supermarket he saw around him, peopled by an assortment of swamis—some genuine, others not—who flitted in and out of his world, spreading their gospel to readily available followers. Deciding to explore this phenomenon, he adopts a philosophy and attire appropriate to an “enlightened being.” Reborn as Sri Kumare, he sprouts a beard and spouts his “path of the mirror” teaching in Phoenix. Gandhi realizes he has crossed the line when people start believing him. He has no intention to swindle people; he is merely making a point. So he drops the fake accent and attire, shocking his followers. The “path of the mirror” is apt, in a strange way, because the solutions to our problems come from within us, not from Sri Kumare. 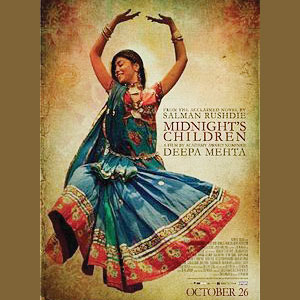 Salman Rushdie is having better luck with Joseph Anton: A Memoir, which hit the bestseller list, than with the film version of Midnight’s Children. Deepa Mehta’s take on his Booker Prize-winning novel, for which Rushdie wrote the screenplay (he is also a producer), has received mixed reviews. The movie, which got a lukewarm reception at the Toronto Film Festival, features Satya Bhabha (as Saleem Sinai), Shabana Azmi, Anupam Kher, Seema Biswas, and Rahul Bose. Earlier, Nandita Das, Rani Mukerji, and Kangna Ranaut dropped out because of conflicts. 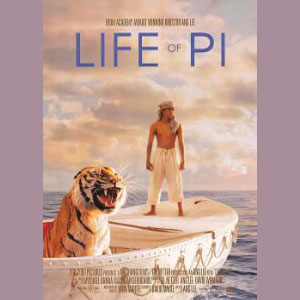 Ang Lee’s Life of Pi, also based on a Booker Prize-winning novel, did better when it premiered at the New York Film Festival. Newcomer Suraj Sharma stars as Pi, and the other actors include Gerard Depardieu, Tabu, and Irrfan Khan. The 3D production with its technical wizardry “achieves an admirable sense of wonder in this tall tale about a shipwrecked teenager stranded in a lifeboat with a Bengal tiger, a yarn that has been adapted from the compellingly peculiar best-seller with its beguiling preposterousness intact,” points out The Hollywood Reporter.