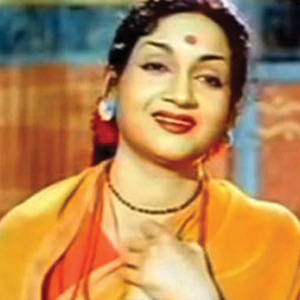 It’s that time again. As another year winds down, the holidays allow us to hit pause so that we can relax and reflect—and remember.  Khabar offers a selected roundup of Indians—both from here and from India—and some Indophiles—who died in the 11 months of 2014, December not included.

WHO: ANJALI DEVI (Actor)
WHEN she died: January 13, 2014 (Year of Birth: 1927)
WHAT: “In a career spanning more than six decades, Devi acted in Telugu, Hindi, Tamil, and Kannada movies. Devi, who acted in a number of films starring the late N. T. Rama Rao and Akkineni Nageswara Rao, immortalized the mythological role of Sita in the movie Lavakusa. She made a mark for herself in essaying mythological characters like Savitri and Sakkubai.”—Business Standard 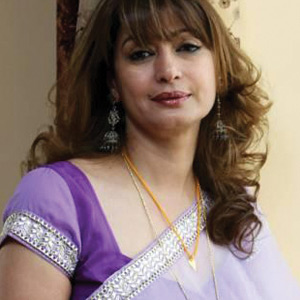 WHO: SUNANDA PUSHKAR (Entrepreneur)
WHEN she died: January 17, 2014 (Year of Birth: 1962)
WHAT: “She was a beautiful Kashmiri from the north when [she and Indian MP Shashi Tharoor] met in 2009 in middle age and began a relationship partly played out in the media, and social media, glare…Married twice before, Ms. Pushkar became Mr. Tharoor’s third wife in 2010 in the wake of a scandal that led to his resigning as junior minister for foreign affairs.” —The New York Times 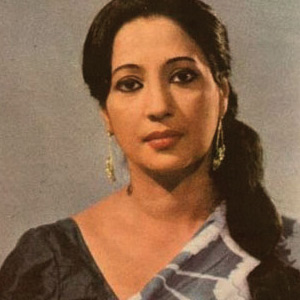 WHO: SUCHITRA SEN (Actor)
WHEN she died: January 17, 2014 (Year of Birth: 1931)
WHAT: “Known as the Greta Garbo of India for leading a reclusive life after she left films, Sen was an iconic star of regional Bengali cinema. She also acted in a number of Bollywood films such as Devdas and Aandhi. Sen teamed up with Bengali star Uttam Kumar to form a popular pair that delivered a series of hits in Bengali cinema for over two decades.”—BBC 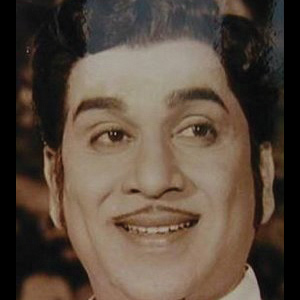 WHO: A. NAGESWARA RAO (Actor)
WHEN he died: January 22, 2014 (Year of Birth: 1923)
WHAT: “He made his cinematic debut in the 1941 Telugu film Dharmapatni with a brief role, and in 1944 he was picked up from the platform of Bezawada (now Vijayawada) railway station and signed on to play the lead role in the Telugu drama Sitarama Jananam. In a career spanning nearly 75 years, the Dadasaheb Phalke award winner acted in about 255 films, including 20 Tamil and one Hindi movie.”—Indo Asian News Service 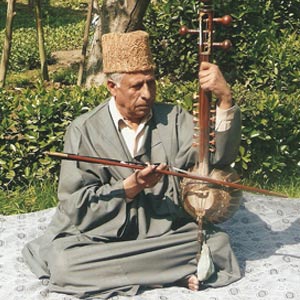 WHO: GHULAM MOHAMMAD SAZNAWAZ (Musician)
WHEN he died: February 13, 2014 (Year of Birth: 1940)
WHAT: “He was Kashmir’s only Panjhatheyari, a musician who had mastered all five instruments in the Sufiyana orchestra: the tabla, saz-e-Kashmir, santoor, sitar and madham. Saznawaz was a recipient of the Padma Shri medal—India’s fourth-highest civilian award for contributions to the arts, science, and other fields—as well as other awards.”—Khabar South Asia 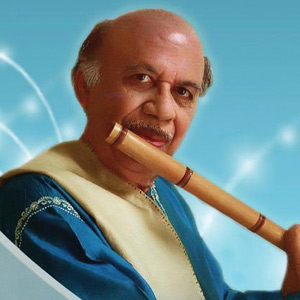 WHO: RAGHUNATH SETH (Musician)
WHEN he died: February 15, 2014 (Year of Birth: 1931)
WHAT: “Conferred the (central) Sangeet Natak Akademi Award in 1994…Made his own bamboo flutes, introducing innovations like adding a bamboo key that makes previously impossible phrases, such as the meend (glissando) between ma and pa, easily playable. Also added an eighth hole, which allows the player to extend the range of the bansuri further into the lower octave.”—The Hindu 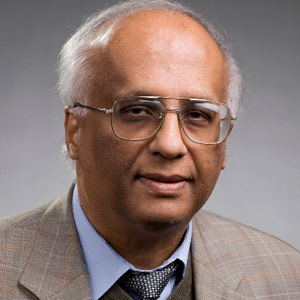 WHO: RAJENDRAN RAJA (Physicist)
WHEN he died: February 15, 2014 (Year of Birth: 1948)
WHAT: “As the head of the top quark analysis group [at Fermilab], he is credited with developing the multivariate algorithm that led to the top quark discovery. Mr. Raja also was interested in solving the world’s energy shortage and was a proponent of accelerator-driven thorium reactors, a much-needed energy solution in his native India.”—Chicago Tribune 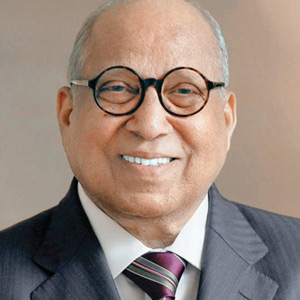 WHO: C. P. KRISHNAN NAIR (Hotelier)
WHEN he died: March 17, 2014 (Year of Birth: 1922)
WHAT: “From a young freedom fighter to an officer of the Indian Army, to pioneering the globalization of India’s textiles industries, and later being a leader of India’s hospitality industry and one of the leading luxury hotel groups, Nair put an indelible mark in different spheres of life…Today, the Leela Palaces, Hotels, and Resorts has eight luxury properties across the country.”—The Financial Express 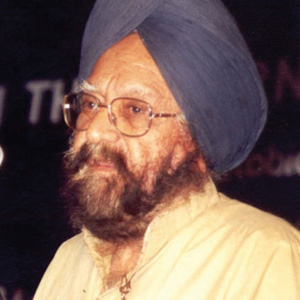 WHO: KHUSHWANT SINGH (Author)
WHEN he died: March 20, 2014 (Year of Birth: 1915)
WHAT: “[A] critic of the establishment and a challenger of hypocrisy. His ability to view matters from an outsider’s perspective came out of the partition of the subcontinent in 1947: he belonged to a Sikh family, with roots in what became Pakistan, and the division into two countries led to his abandoning law and diplomacy for writing, as well as providing the subject matter of his best-known novel, Train to Pakistan (1956).”—The Guardian 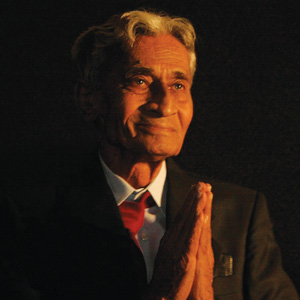 WHO: V. K. MURTHY (Cinematographer)
WHEN she died: April 7, 2014 (Year of Birth: 1923)
WHAT: “Murthy was the first technician to be honored with the Dada Saheb Phalke Award, Indian cinema’s highest honor, since its inception in 1969. He won the award in 2008. Murthy, who shot India’s first cinemascope movie Kagaz Ke Phool in 1959, also won the International Indian Film Academy Lifetime Achievement Award at Amsterdam in 2005 during his four-decade-long career.”—Mumbai Mirror 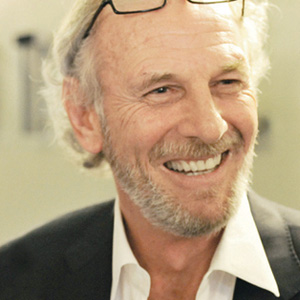 WHO: MARK SHAND (Conservationist)
WHEN he died: April 23, 2014 (Year of Birth: 1951)
WHAT: “He [as the brother of Camilla, Duchess of Cornwall] was the author of Travels on My Elephant, River Dog, and other books and has been featured in many documentaries. An Indophile, most of Shand’s work features Indian culture and Hinduism. Shand was also actively involved in the conservation of the Asian elephant and co-founded a charity called Elephant Family.”—International Business Times 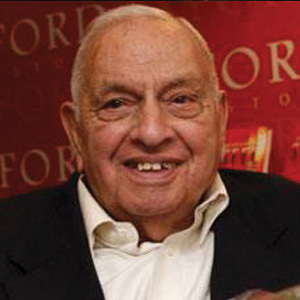 WHO: RUSSI MODY (Magnate)
WHEN he died: May 16, 2014 (Year of Birth: 1918)
WHAT: “Working up the ladder, first as labor officer, a tough negotiator, but with a soft hand, and all the way to the position of chairman, Russi never forgot his promise…of building a company of capable and committed people dedicated to the service of the nation. So whatever the public sector enterprises did, Tata Steel did even better. Setting up the Tata Football Academy was just one of such endeavors.”—Outlook India 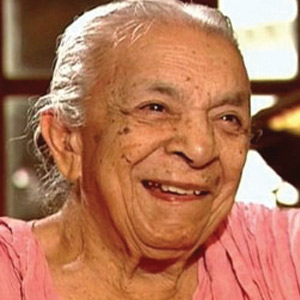 WHO: ZOHRA SEHGAL (Actor
WHEN she died: July 10, 2014 (Year of Birth: 1912)
WHAT: “A favorite of helmer [film director] Gurinder Chadha, Sehgal played a censorious grandmother who later unbends in Bhaji on the Beach, as well as a fun-loving older relative in Bend It Like Beckham and Mistress of Spices…She spent 25 years in the U.K. and acted in Brit series such as The Jewel in the Crown, Tandoori Nights, Never Say Die, and Little Napoleans.”—Variety 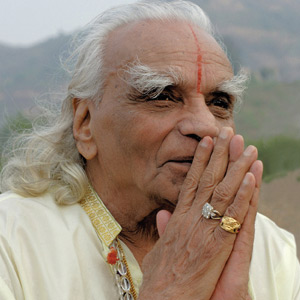 WHO: B. K. S. IYENGAR (Yogi)
WHEN he died: August 20, 2014 (Year of Birth: 1918)
WHAT: “The popularity of Iyengar yoga spurred him to write a book called Light on Yoga, explaining the 216 yoga postures that formed what he called the science and art of yoga. The book became a global bestseller with more than 3 million copies sold and has since been translated into 17 languages. In 2004, Iyengar was named one of the 100 most influential people in the world by Time magazine.”—Associated Press 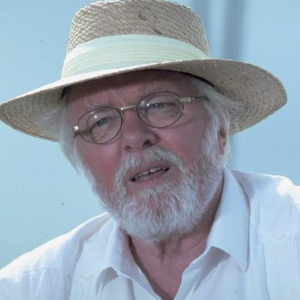 WHO: RICHARD ATTENBOROUGH (Filmmaker)
WHEN he died: August 24, 2014 (Year of Birth: 1923)
WHAT: “The epic movie [Gandhi] was the culmination of Attenborough’s 20-year effort to bring Gandhi’s life story to the big screen, an obsession that began when he read a biography of him in 1962…To keep his Gandhi project alive, Attenborough is said to have mortgaged his house, sold his cars, hocked his paintings, and taken roles in what he deemed ‘crap movies.’”—Los Angeles Times 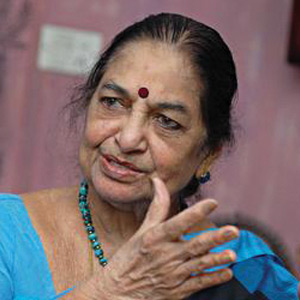 WHO: MAYA RAO (Dancer)
WHEN she died: September 1, 2014 (Year of Birth: 1928)
WHAT: “She was the first Indian dancer selected for the U.S.S.R. Cultural Scholarship in Choreography and was the only Indian to obtain a post graduate degree in Choreography from Moscow, U.S.S.R. She was also the first Government of India scholarship holder to study Kathak under the legendary Guru Shambu Maharaj of the Lucknow Gharana, way back in 1950s.”—The Statesman 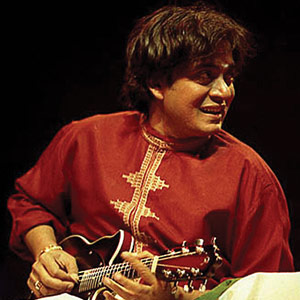 WHO: U. SRINIVAS (Musician)
WHEN he died: September 19, 2014 (Year of Birth: 1969)
WHAT: “He brought a liquid sound to his instrument that is arguably untouched by mandolinists working in any genre. Along the way, he became one of the most globally beloved South Indian musicians… Winner in 1998 of the Padma Shri, along with a host of other prizes, U. Srinivas often expressed his desire to make the mandolin an integral part of his beloved Carnatic music.”—National Public Radio 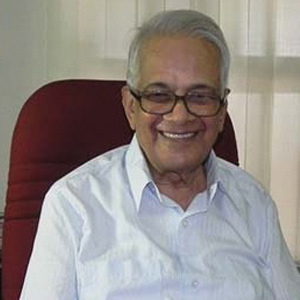 WHO: M. V. KAMATH (Journalist)
WHEN he died: October 9, 2014 (Year of Birth: 1921)
WHAT: “Awarded the Padma Bhushan in 2004, Kamath penned over 40 books, including Gandhi—A Spiritual Journey, Reporter At Large, and co-authored Narendra Modi—The Architect of a Modern State (2009)…During his media career, spanning over six decades, Kamath also served in New Delhi, Washington, Paris, Geneva, New York, and other centers in various capacities.”—Hindustan Times