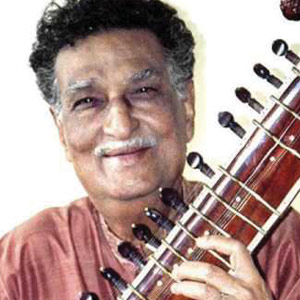 It’s that time again. As another year winds down, the holidays allow us to hit pause so that we can relax and reflect. And remember. In this roundup, Khabar offers an appreciation of a dozen individuals who died in the first eleven months of 2017. They all gained recognition for their contributions over the years.

WHO: ABDUL HALIM JAFFER KHAN (Sitar player)
WHEN he died: January 4, 2017 (Year of Birth: 1927)
WHAT: “Like his contemporary Nikhil Banerjee, who died relatively early, in his mid-50s, Khan shone in a Hindustani classical music firmament already illuminated by two suns: Ravi Shankar and Vilayat Khan. Khan was the last living member of that formidable foursome…Khan went beyond technical command to develop a highly distinctive style, the eponymous Jafferkhani baaj, with its instantly recognizable sound.”—Scroll.in 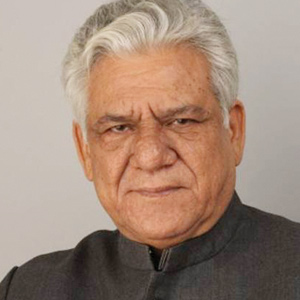 WHO: OM PURI (Actor)
WHEN he died: January 6, 2017 (Year of Birth: 1950)
WHAT: “Puri, born in the northern state of Haryana, made his film debut in the 1976 film Ghashiram Kotwal. A versatile artist, Puri became a key player in India’s arthouse cinema scene in the 1980s and 1990s but achieved international fame for his roles in Hollywood films such as City of Joy, Wolf, and Charlie Wilson’s War. He was also known in the U.K. for his roles in British films such as My Son the Fanatic and East is East.”—The Guardian 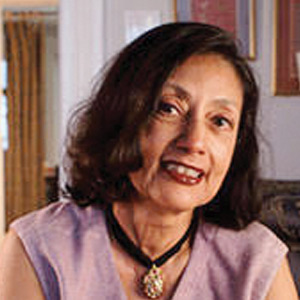 WHO: BHARATI MUKHERJEE (Author)
WHEN she died: January 28, 2017 (Year of Birth: 1940)
WHAT: “She wrote seven novels, two collections of short stories, numerous essays, and co-authored two books of nonfiction. Her The Middleman and Other Stories, a collection of short stories, won a National Book Critics Circle Award in Fiction in 1988, making Mukherjee the first naturalized U.S. citizen to have won the award, according to Columbia University. Her writing and research interests included immigration, American culture, multiculturalism, nationhood, alienation, and the struggles of Indian women.”—NBC News 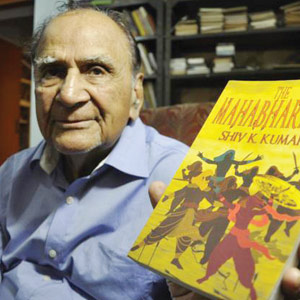 WHO: SHIV K. KUMAR (Author)
WHEN he died: March 1, 2017 (Year of Birth: 1921)
WHAT: “Kumar is perhaps the only Indian-English writer to have covered all major genres: fiction, poetry, drama, translation, and literary criticism…He has also been the recipient of honors like the Sahitya Akademi award, a Fellowship of the Royal Society of Literature, and the Padma Bhushan. His poems have been broadcast on the BBC and published in Poetry Review (London) and Western Humanities Review.”—The Hindu 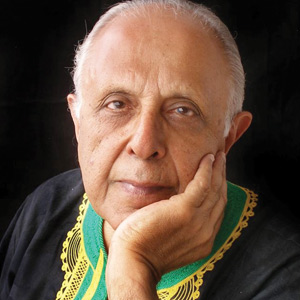 WHO: AHMED KATHRADA (Activist/politician)
WHEN he died: March 28, 2017 (Year of Birth: 1929)
WHAT: “Born to an Indian Muslim family, Mr. Kathrada was the most prominent Asian South African in the movement to end apartheid, the system of racial segregation and white domination....Eight defendants—including Mr. Mandela, Mr. Sisulu and Mr. Kathrada—were convicted on June 11, 1964, of plotting a ‘violent revolution.’ They were sentenced to life in prison, at hard labor. Mr. Kathrada spent 26 years and 3 months behind bars, 18 of them on Robben Island, the apartheid regime’s most notorious prison.”—The New York Times 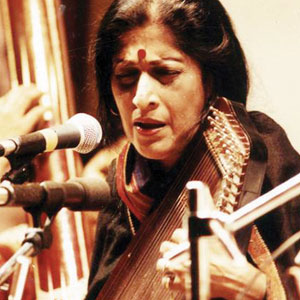 WHO: KISHORI AMONKAR (Classical vocalist)
WHEN she died: April 3, 2017 (Year of Birth: 1931 or 1932)
WHAT: “She aimed to infuse the emotional appeal of the more popular styles into the comparatively rigid classical tradition. Besides being a renowned musician, Amonkar was a popular speaker and traveled throughout India giving lectures, most notably on the theory of rasa (feelings, emotions) in music. In recognition of her contribution to the arts, she received many awards, including the Padma Bhushan (1987) and Padma Vibhushan (2002), two of India’s top civilian honors.”—Press Trust of India 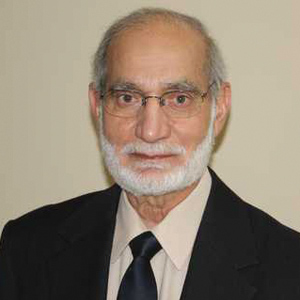 WHO: DILBAGH SINGH ATHWAL (Plant geneticist)
WHEN he died: May 14, 2017 (Year of Birth: 1928)
WHAT: “Recipient of Padma Bhushan, Shanti Swarup Bhatnagar Memorial Award [SSB Prize], and several national and international honors, Athwal was bestowed with the highest honor in 1967, when a wheat variety—Kalyan-227—was christened after his Kalyan village, located on the outskirts of Jalandhar city. The Kalyan variety, commercially released in 1967-68, not only provided the country salvation from hunger, but India also became wheat-surplus soon thereafter.”—The Tribune 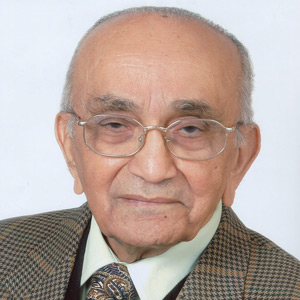 WHO: P. N. BHAGWATI (Justice)
WHEN he died: June 15, 2017 (Year of Birth: 1921)
WHAT: “Even though Bhagwati made many contributions to the Indian law system, he is best known for introducing Public Interest Litigation (PIL) in 1986. The PIL became an important instrument of protecting the interests of underprivileged and marginalized sections of the society. Now, it is an integral part of the Indian judicial system. He is also associated with the infamous Habeas Corpus case which was heard in 1976 in the context of the Emergency.”—Financial Express 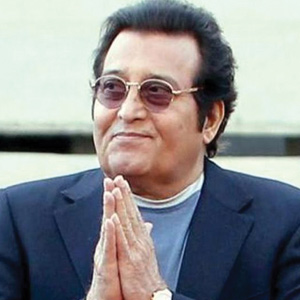 WHO: VINOD KHANNA (Actor)
WHEN he died: April 27, 2017 (Year of Birth: 19​46)
WHAT: “He was considered to be in the same league as such Hindi film superstars as Amitabh Bachchan, with whom he acted together in Zameer and Muqaddar Ka Sikandar (1978). In 1982, when he was at the height of his fame, Khanna left the film industry for five years to follow the spiritual leader Osho. He made a comeback in 1987 with hits Insaaf and Satyameva Jayate. In 1997, Khanna became a member of parliament on the ticket of the Hindu nationalist Bharatiya Janata Party.”—Variety 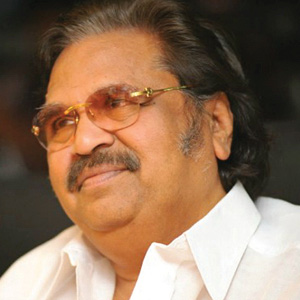 WHO: DASARI NARAYANA RAO (Filmmaker)
WHEN he died: May 30, 2017 (Year of Birth: 1947)
WHAT: “He holds the Limca World Record for directing the most number of films. He has directed about 151 films, produced 53 films, and worked in more than 250 films as a dialogue writer, and lyricist. He has received two National Film Awards, nine state Nandi Awards, and four Filmfare Awards South…He achieved national fame when he directed Rajesh Khanna in two different roles in Asha Jyoti and Aaj Ka M.L.A. Ram Avtar in 1984.”—The Times of India 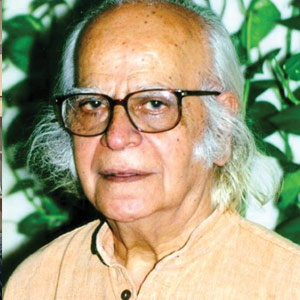 WHO: YASH PAL (Physicist)
WHEN he died: July 24, 2017 (Year of Birth: 1926)
WHAT: “Prof. Yash Pal became a cult figure because of the weekly science programme on Doordarshan called Turning Point, which was hosted by thespian Girish Karnad, in which the professor would meticulously explain scientific theories in layman terms…Prof. Yash Pal’s contributions to the field of science, particularly in the study of cosmic rays, high-energy physics, astrophysics, and development earned him international acclaim.”—Indian Express 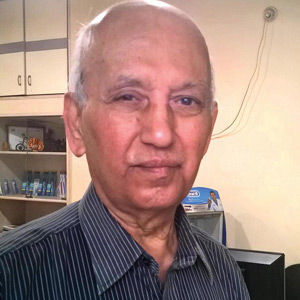 WHO: U. R. RAO (Space scientist)
WHEN he died: July 24, 2017 (Year of Birth: 1932)
WHAT: “Dr. Rao was a former student of ISRO’s founder, Vikram Sarabhai, and the principal architect of its satellite program. Leading with the mantra, ‘If others can do, we can do better,’ he oversaw the launch of a novel telecommunications satellite network and maintained an advisory role at the space program until his death, helping to shape missions to the moon in 2008 and to Mars in 2013…He published more than 360 scientific papers.”—The Washington Post 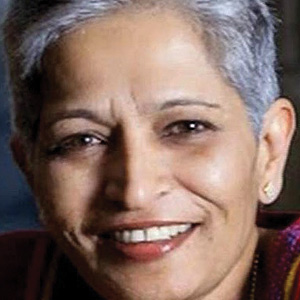 WHO: GAURI LANKESH (Journalist)
WHEN she died: September 5, 2017 (Year of Birth: 1962)
WHAT: “Under the weight of the pressures of political intimidation and accusations of being ‘anti-national,’ Gauri Lankesh refused to bend. A fearless and uncompromising journalist, Lankesh…was at the helm of Indian tabloid Gauri Lankesh Patrike, one of the few newspapers in the country to sport a female publisher’s name on its masthead…If the motive behind her murder was to silence her, news of Lankesh’s death seems only to have amplified her voice around the world.”—The Independent 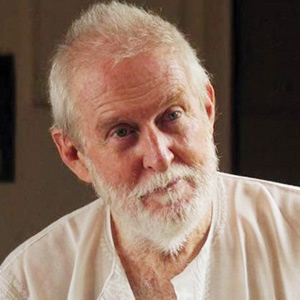 WHO: TOM ALTER (Actor)
WHEN he died: September 29, 2017 (Year of Birth: 1950)
WHAT: “Indian actor of American descent, Alter was the son of American missionary parents…He studied at Woodstock School in Mussoorie and later at Pune’s Film and Television Institute. The actor appeared in over 300 films which included Satyajit Ray’s acclaimed movie Shatranj Ke Khiladi and [Shyam Benegal’s] Junoon. His first Hindi film to be released was Ramanand Sagar’s Charas in 1976. His acting credits also include Aashiqui, Parinda, Sardar Patel, and Gandhi.”—Outlook India 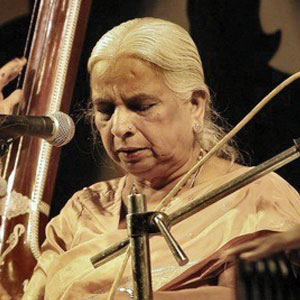 WHO: GIRIJA DEVI (Classical vocalist)
WHEN she died: October 24, 2017 (Year of Birth: 192​9)
WHAT: “Gifted with a resonating magical voice that captivated listeners of Hindustani classical music for generations, Girija Devi earned the title of ‘Thumri Queen’…Over the years she was widely feted, both at home and abroad. A regular performer on AIR and Doordarshan, she also has numerous audio cassettes and CDs to her name. Girija Devi has been awarded the Padma Shri, Padma Bhushan, and Padma Vibhushan.”—NDTV

Correction: Several birth and death dates have been corrected above, on December 4, 2017.