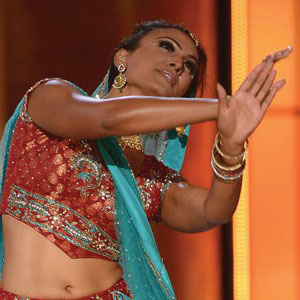 WHERE: A native and resident of Syracuse, New York, she received a degree in brain behavior and cognitive science from the University of Michigan, where she was on the dean’s list and won several academic awards. Her father is a gynecologist and her mother a software engineer.

WHAT: A stream of racist, often ignorant comments appeared on social media after she was crowned Miss America 2014. But the many supportive comments that followed praised and congratulated her, rejecting the hatred on display.

WORTHY QUOTE: “It’s a difficult situation, and that was something I experienced even as Miss New York. That being said, for every one negative tweet or comment that I have seen or received, I have received dozens of positive words of encouragement, support, and love.”
—Nina Davuluri on “Tell Me More” (NPR)

WHAT ELSE: “Dance routines aside, even a Miss America crown won’t propel Davuluri to a celluloid screen near us—not unless she makes the miraculous color ‘adjustment’ achieved by leading Bollywood actresses who have successfully paled into significance.”
—Lakshmi Chaudhry (Firstpost.com)