OF ASTEROIDS AND GLACIERS 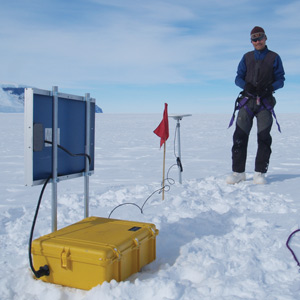 380607 Sharma is an asteroid. Although it was discovered over a decade ago by a professional astronomer, David H. Levy, the name and official recognition by the International Astronomical Union came only recently. Which prompts the question: Why Sharma? Well, Amar Sharma, a 29-year-old amateur astronomer from India, impressed Levy with his dedication—Sharma co-founded the Bangalore Astronomical Society—and they’ve been in touch for several years. Besides, though Sharma didn’t discover an asteroid, he did spot a new variable star called Mira using a camera.

Asteroids, or planetoids, are too far to photograph even if one could travel in outer space and approach them safely. Not to mention, there are too many of these planetary fragments, found mostly between the orbits of Mars and Jupiter.

You could, however, try to take a photo of the Anandakrishnan Glacier, named after Sridhar Anandakrishnan, a Penn State geophysicist who focuses on ice sheet studies and ice stream migration. Naturally, you would still face the obstacle of traveling to Antarctica, where the 15-mile-long glacier drains through the Ruppert Coast north of the Strauss Glacier.

Anandakrishnan, who first went to Antarctica in 1985, is also becoming known for what he calls the geoPebble. It’s a wireless seismometer that helps scientists measure the history of ice sheets without having to stay in one place. Learning more about the evolution of ice sheets—of which there are thousands, sometimes two miles thick—will enable us, as Anandakrishnan puts it, to “pick up on trends that correlate with climate change.”

A timely gadget for changing times.