PINK CITY BASKS IN THE SPOTLIGHT 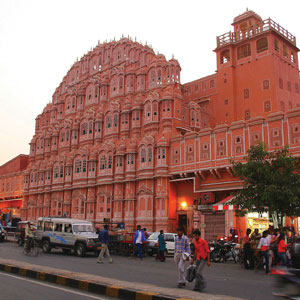 Where in India can you be happiest? In Jaipur, according to an Outlook-Club Mahindra poll conducted in 16 cities. For what it’s worth, Ahmedabad ranks at the bottom, supposedly because concerns over corruption have put a dent in the happiness of its residents. After Jaipur, here are the other top 10 metros ranked in descending order: Mumbai, Patna, Chandigarh, Delhi, Hyderabad, Indore, Lucknow, Pune and Chennai. Poll or no poll, Jaipur is known for its rich historical treasures—such as the two-century-old Hawa Mahal made of pink sandstone, making the city one of India’s major tourist attractions. In 2010, Jaipur’s Jantar Mantar, which dates back to the 18th century, was inscribed on the UNESCO World Heritage List. And last month, Jaipur was in the news for two high-proﬁle events: Pravasi Bharatiya Divas (Indian Diaspora Conclave), and the annual Jaipur Literature Festival, known to be the largest such festival in Asia. Speaking of the former, two Indian-Americans and the Indo-Canada Chamber of Commerce and Industry were among the 15 recipients of the Diaspora Award this year. Dr. Kalpalatha K. Guntapalli heads the pulmonary critical care and sleep medicine department at Baylor College of Medicine in Houston. Prof. Surendra K. Kaushik teaches economics at Pace University in New York. Both have made noteworthy contributions.