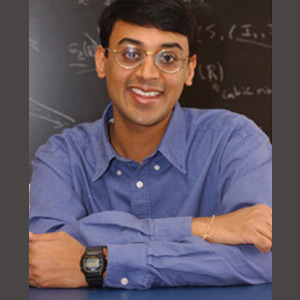 The Fields Medal, which along with the Abel Prize is the world’s top award in mathematics, had two firsts this year. Princeton-based Manjul Bhargava became the first Indian-American winner since the Fields Medal—awarded to mathematicians who are not older than 40—was established in 1936. Bhargava was recognized for developing fresh approaches to understanding the geometry of numbers. He successfully applied his methods “to count rings of small rank and to bound the average rank of elliptic curves.”

This year, the Fields Medal was also awarded to a woman, Iranian-born Maryam Mirzakhani, for the first time. She’s also based in the U.S., but the other two 2014 winners are from the U.K. and Brazil. The Abel Prize, which had an Indian-born winner (Srinivasa Varadhan) in 2007, doesn’t have any age restrictions. Two other notable awards in the world of math are named the Ramanujan Prize and the Leelavati Prize. The latter award, sponsored by Infosys, was established in 2010, and the former in 2005.