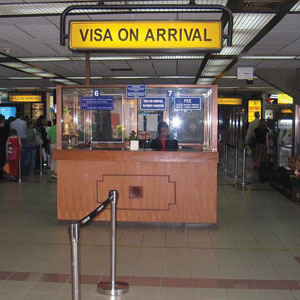 A trip to India is becoming easier for visitors from many countries, thanks to a change in government policy.

This news couldn’t have been better timed. The rupee remains weak, providing a favorable exchange rate to foreigners and NRIs who want to make the most of their stay in India. Once approved, the so-called VoA (visa-on-arrival) option will be extended to 40 nations, including the U.S., Canada, Britain, China, Australia, Germany, Malaysia, Brazil, Mexico, and Russia. Currently, only citizens of 11 countries—Cambodia, Finland, Indonesia, Japan, Laos, Luxembourg, Myanmar, New Zealand, the Philippines, Singapore, and Vietnam—can get this service in India.

Seeking to boost foreign tourism, the Indian government hopes to include more than 40 countries in the future. A common complaint is that, even in the digital age, the visa application process can be cumbersome, which doesn’t help if India—ranked 41 last year for global tourist arrivals—wants to be more tourist-friendly. Less than 1 percent of global tourists make it to the country. The revenue from 6.6 million foreign tourists to India in 2012 was under $17 billion. The goal is to more than double that number by 2017. Last year, incidentally, the U.S. sent the most number of tourists—1.03 million—to India.

It can take from two weeks to more than a month to get a visitor visa to India. With VoA, the visa will be stamped in the passport upon arrival in India, though it’s important to remember that the visa application has to be filled out online before embarking on the journey.

In other news, NRIs and foreigners will have to surrender all their Indian currency at foreign exchange counters before departing from India. Up to 10,000 rupees is allowed in the duty free area and the departure lounge, but whatever is remaining in rupees must be surrendered before boarding the plane.