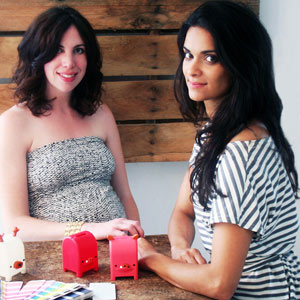 What do toys that come alive remind you of? Enid Blyton, perhaps, whose timeless stories set in fantasyland have enchanted generations of children, especially in India, where her popularity hasn’t diminished. Gauri Nanda grew up in the U.S., where Blyton’s stature is much lower, but it didn’t stop her from creating toys that could be straight out of Noddyland. First, while still a student at MIT, she came up with Clocky, a two-wheeled alarm clock that dashes off when you hit snooze, forcing you to get out of bed and find it. Clocky was a runaway hit, launching Nanda’s career as an entrepreneur. With a mouth-like time-display below two eye-like buttons, the roundish clocky could pass for a simple robot. Variations of it are called Ticky and Tocky.

Nanda’s success led to a partnership with Audry Hill, who had been her co-student at the University of Michigan. The idea for Mailman—their talking toy—began with Nanda’s attempts to stay in touch with Hill’s three kids. It led to the creation of Toymail, an app that can be downloaded and used—like voicemail—to make the toy speak. Mailman resembles a mailbox, sure, but it also has some dog-like features and names that include Snort, Milksop, Fairfax, and Rochester. You can send a message to a child via their Mailman, which will then relay it in an appropriately funny voice. But it doesn’t stop there. The child will be able to respond using their Mailman—and you’ll be able to play the message on your toy…sorry, your smartphone.