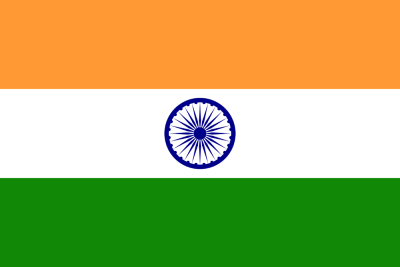 These shouldn’t be controversial words in India!

But sadly, they have become so in recent weeks, ever since the rightwingers—BJP, VHP, RSS, and their likes—drummed up an ad hoc campaign insisting that every Indian, when put on the spot, must publicly proclaim those words—a litmus test of sorts to prove patriotism.

Not surprisingly, there is pushback to this latest episode of political gamesmanship.

Indeed, there is nothing wrong with that beautiful sentiment! A nation can’t make much progress without national pride and unity. And all expressions of such national pride—national anthem, poetry, slogans, and more, must be nurtured, celebrated, and expressed in the public domain. But there is a world of difference between such expressions that arise spontaneously, out of one’s own free will, versus those that are politically or otherwise imposed.

Such imposition transforms a truly patriotic slogan into an ugly political tool. Those sublime words lose their beauty and strength, as they become crass and perfunctory, brought about by compulsion. We all know of married couples who, because of conditioned compulsion, say ‘I love you’ to each other a dozen times a day… and soon end up in divorce court. On the other hand, there are those, especially from generations past, who perhaps never said those words to each other, and yet nothing but death parted them.

This is of course not a case for or against expressions of love between couples, but rather it highlights the very point that needs stressing in the face of the heavy-handed slogan campaign: how one expresses love, patriotism, and other such higher qualities varies from person to person. Not everyone is vocal about their deepest values. Not everyone wears their religion, or their love for their spouse or kids, or their patriotism on their sleeves.

Not only do Indians, as citizens of a free democracy, have the right not to publicly express their patriotism, but even when they chose to do so, it would be absurd to expect that over a billion unique individuals will fall in step with one and only one slogan. And that doesn’t make them any less patriotic, just as the mere act of mouthing off those words is also no guarantee of authentic patriotism.

Instead of accepting that fact, there is a pesky insistence from the ruling party and their enablers that everyone must fall in step with the Bharat Mataslogan. In a recent appearance on Aap Ki Adalat (a nationally popular mockcourt TV program), Amit Shah, president of BJP, no less, was asked by host Rajat Sharma what Shah would do about Indians who would prefer not to say that slogan. “Hum unko samjhayenge” (“We will make them understand”) came the answer with an ominous looking smile. In other words, Shah admits that they will continue to push the agenda, rather than respect the right of the other to not dance to their tune to prove their patriotism.

In fact, when it comes to slogans, the parallel that comes to mind is right here in America. Many would say it is precisely those who are banding together under the slogan of ‘Make America Great Again’ that are actually causing it the most harm through their hate and xenophobia. In India too, many have said that it is precisely the extremists—the purveyors of ‘Bharat Mata Ki Jai,’ and their Muslim counterparts like the loudmouth politician Asaduddin Owaisi who fuelled fire in this slogan campaign through his needlessly aggressive overreaction to it—who are hurting Mother India the most.