The Takeaways from the Aziz Ansari Debacle 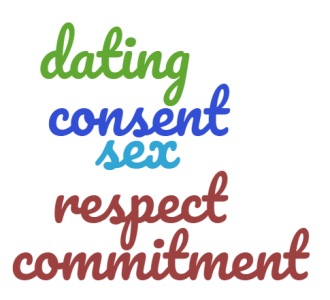 Questioning some of the postulations of the modern sexual literacy movement.

A lot has been said about the now infamous date between Aziz Ansari, the comedian, and a 23-year-old woman going by the pseudonym of Grace.

Utter disgust is about how best I can describe my feelings after having read Grace’s graphic account of her date with Ansari. Disgust for the whole shoddy affair of that date from hell, and of Ansari’s behavior in particular. Going by Grace’s account, Ansari was a crass, lecherous douchebag that night.

As someone who grew up in a time and place where casual sexual activity between practical strangers was not the norm, I grieve for today’s sexual culture, in certain circles, which has pretty much bastardized sex to the point that it’s no more than a vacuous carnal act of self-gratification, devoid of human emotions—at least not emotions of any sincerity beyond the pleasantries and the peccadillos required to bed the other person.

Our past sexual revolutions have helped us unshackle from Victorian prudishness. Now, it seems, we have gone the other extreme—of sexual debauchery, which is making the dating scene fraught with pitfalls at every turn.

It is from this perspective that I find, as a feminist at heart, some of the cardinal postulations of today’s sexual literacy activists to be flawed. Postulations such as:

• Men, from the less egregious Ansari to the more egregious Harvey Weinstein, do what they do because of a feeling of entitlement to women’s bodies, borne out of a patriarchy that has subjugated women for centuries. Many feminist commentators also cite a “toxic masculinity” and misogyny as the reason for the transgressions of these men.

• And therefore, education—particularly directed to men—about things like consent and coercion, is the answer.

While such education may have some contextual value, I feel broadly speaking, it will be futile without also addressing the pervasive underlying culture of promiscuity.

After all, folks like Ansari, Matt Lauer of the Today show, Charlie Rose of PBS, and even going back to Bill Cosby, many of these high-profile perpetrators appear quite woke to feminist values. Just look at the strong, confident, successful, worthy-of-emulating character of Claire Huxtable, as well as the themes of gender equality, in The Cosby Show, to give one example.

And yet that didn’t stop Cosby and other progressively enlightened men from preying on women. Could it be that it is not influences of patriarchal entitlement, or being sexually illiterate, or being a misogynist that is responsible for the majority of these men’s crimes? Could it be that they simply succumbed to lust? That they just didn’t exercise the necessary self-restraint? That they lacked the fortitude to rise above basic instincts? If any of the aforementioned guys were gay they would have just as likely victimized boys or men. Didn’t we see that in the recent past when priests preying on young boys was almost epidemic in the Christian church?

Patriarchal influences, and even toxic masculinity, are certainly real. But to peg such a so-called “rape culture” as an overarching cause of all sex crimes creates an insidious and unnecessary battle of the sexes. Stroking a blanket hatred of men is just the other side of the coin of misogyny.

All this is not to say that popular culture is not replete with examples of objectification of women and the glorification of coercion. It certainly is! But in the cases where popular culture is the cause of men behaving badly, I am not sure that sexual literacy, in and of itself, is potent enough to counter those forces. Telling impressionable minds it’s not okay to objectify women or coerce them into sex, in an academic or activist setting, will fall short if popular culture continues to glorify toxic masculinity. That’s why a fundamental social and cultural transformation is needed so that popular culture mirrors the positive messages shared by feminist advocates. Yes, it’s a formidable task. That’s more the reason superficial stopgap measures such as throwing technical solutions at a problem that is more innate won’t cut it.

The modern advocates have invested all their faith and resources in such technical solutions in the form of sexual literacy, while basically ignoring the fact that these crimes have more to do the lack of values and morals, rather than lack of information or knowledge. Education can do very little to remedy poor judgment and poor choices.

Take, for example, one of the bedrock teachings of the contemporary sexual literacy movement: Ask for, and get a clear, verbal “yes” to establish consent prior to any sexual interaction. This sacrosanct commandment of the movement, though, hasn’t proven to be the panacea that it is made out to be.

Such pedantic prescriptions may seem valid in classrooms. Out in the real world, things are far murkier regarding establishing consent: In the case of the Ansari-Grace debacle, if Grace could believe, in all earnest, that she was coerced to perform oral sex—twice—what on earth could prevent her from believing she could also be coerced to voice a mere “yes” when asked for consent?

“Actions speak louder than words.” This age-old axiom flies in the face of those who wish to straightjacket an inherently complex and diverse human act by offering a “one size fits all” simplistic solution of what constitutes consent. Throughout the breadth of human history and geography, sex has never worked in such a simplistic way—it has never been a rote act such as filing out a form, that lends itself to contrived answers advocated by well-meaning activists who fail to appreciate the massive diversity of cultures, backgrounds, personalities, and expectations of the people coming together in the mating “dance” of today’s humans—and the bearing that such mindboggling diversity has on a deeply personal experience, each different from the other in the millions of such daily acts.

That being the case, only authentic respect and consideration for the other person—found in committed relationships—can establish consent. In such cases, even a flicker of an eye or a faint smile speaks volumes by way of consent. In contrast, when two individuals who don’t really care a hoot for each other get intimate, even a technically correct affirmative, active, continuous, and “enthusiastic” “yes” can be prone to contention later.

At best, such ground rules regarding consent are needed only in the legal arena, where prosecution of sex crimes needs objective definitions. But most such battles regarding consent—as in the case of Ansari and Grace—fall outside the scope of law. And in those cases, guidelines and ground rules, no matter how well-meaning and well thought out, cannot prevent the anguish and suffering that is inherent in situations prone to casual sex between practical strangers.

If we value good health we strive to make judicious choices about what we eat. Why then is the same discrimination not necessary in the case of who we get intimate with and how soon? More so because the consequences of bad choices in sexual exploits can be far worse and immediate compared to the consequences of poor eating.

Self-restraint, fortitude, and character—like truth, love, and courage—can’t adequately be instilled through literacy programs alone. They are instilled through the lived values and examples set by parents, teachers, families, communities, and societies. We need to do the hard work of raising a generation with moral spine—one that doesn’t believe sexual dalliances are okay, and then expect such forays to be trouble-free. This, of course, applies to both men and women.

Only when couples are coming together in the act of sex on such solid footing of committed relationships based on empathy and caring, can issues of consent and coercion be resolved. I understand that’s a lofty ideal. In the real world, one-night stands and first-date makeouts do happen. But then do such encounters deserve acknowledgment, attention, and resources of education and activism? More importantly, could any of those be effective in such inherently dysfunctional scenarios?

This is not about being judgemental or prudish, it is about hard-core pragmatism. What is not practical, on the other hand, is believing that literacy alone will resolve objectification of women. It won’t—unless the frontline activists seeking to curb the crimes of sexual misconduct are also equally determined to call out the modern hook-up culture which, by definition, exists and thrives on objectifying both men and women.

Another version of this appears in the February 2018 print issue of Khabar. This version is dated 2/1/18.