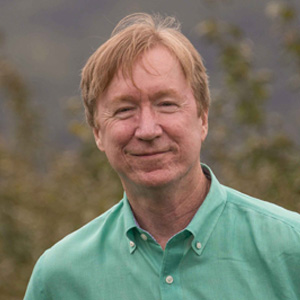 My Friends, it has been an Honor.

There are two mistakes one can make along the road to truth...not going all the way, and not starting.
—Buddha

In the year I began writing this column President Obama still held office, the Arab Spring would appear and collapse, and our country would endure mass shootings at an elementary school in Connecticut and a movie theatre in Colorado. My daughter, Molly, would graduate from the University of Colorado and move to Washington, D.C. in the hopes of landing a decent job. My business partner and I would debate whether we should start a new business, or not. My ninety-year-old mom was alive and eager to contribute to my writing efforts. Some of her recollections of, say, life during World War II were probably true, some merely entertaining, such as the time she outran an entire Army platoon to catch the last train to New York City.

Since May of last year I knew this day would arrive, each passing month pushing me closer to these parting words. For a moment or two, I considered ending our time together like John Wayne did in those long ago Westerns, with a simple tip of the hat, then gave some thought to writing about America’s greatest farewell speeches, but discarded that as well.

Instead, after almost seven years and eighty-two stories, I wish to take a turn at the plate, to be the center of the narrative, just this one time.

I have often written of my early childhood, and it is there that I again return.

I grew up in a small town in New York’s Hudson River Valley and in the golden age for America’s children. Our parents lived their lives and were too busy to intrude in ours. Free to run and roam, the neighborhood pack cleared new trails in the woods, built forts, and scraped the brown dirt in the hopes of finding an old Indian arrowhead. We rode bikes without wearing helmets and played baseball without coaches. In these freedoms we found creativity and confidence, this sense of endless possibilities.

We were the smartest generation of kids the planet has ever known. We also knew that we lived in the most amazing country in world history.

Any person could become president, or a millionaire, or a writer for Khabar. Go live your dreams! If you fail, figure out what went wrong and try again. And when you succeed, give thanks to God for our magnificent country and for His incredible blessings, and go help those who need a hand, a dollar, or a hug.

This was my America, 1963. Think it an illusion, a Poughkeepsie, New York exclusive?

In the 1980s, Ronald Reagan would base much of his two presidential campaigns on these essential American tenets and win both by margins not seen since the Great Depression and the days of Franklin D. Roosevelt.

For nearly a decade, my former college roommate and I had talked about escaping the boredom of our corporate worlds by bicycling across America. In 1993, we did. Six weeks after we had left Bellingham, Washington, we finished our 3,600 miles cross-country trip in New Bern, North Carolina. When I let my bicycle fall to the ground to embrace my flag-waving four-year-old daughter, I did not know that the things I had seen during our journey would last far beyond that July 4 day.

Even as I now type, I can easily recall that moment when we stopped to stare at the town of Browning, Montana, the Reservation home to the once proud Blackfeet Indian tribe. Behind us we could still see the glories of the snow-capped western Rockies, while ahead, squalor and hopelessness.

I can easily recall those small towns of the Northern High Plains. Over a century ago, optimistic settlers traveled the new rails to populate lands where the Indians still roamed. In these communities they ranched and farmed, built their lives around these two block towns, each with a hotel, restaurant, grain silo or two, bar, and church. Some of the buildings remain but the optimism is gone. “Our town’s drugstore just closed,” a waitress told us in Towner, North Dakota, with tears streaming down her face.

Across the more hopeful states of Illinois and Indiana we pedaled before arriving in eastern Kentucky, the epicenter of President Lyndon Johnson’s “war on poverty.” Well, Mr. Johnson, at least you tried.

And I can recall the polite interest, only, that my friends had in my stories. They really wished to discuss sports, vacations, and investments, and after my experiences, I did not. I had seen America’s darker shadows, and telling that story was now my interest. In 1995 I self-published Bottoms Up America! Surprisingly, the book sold quite well, even leading to radio and television appearances. One clever newspaper reviewer compared me to Dorothy, the lead character from The Wizard of Oz. While Dorothy traveled the Yellow Brick Road to find Oz, I had bicycled across the country to discover America.

In 2011, a guy in a camera shop told me about this abandoned, three-story, eight-sided plantation home located somewhere in upstate South Carolina. Given that my business partner and I had just sold our company and had four years of noncompete agreements to honor, I decided to track it down with a mind of sharpening my photography skills.

I stared at the staggering home, a veritable Taj Mahal set on land that once bordered the Cherokee Nation. What happened to this community? The restlessness and curiosity that I have had since my boyhood days kicked in, as I eventually traveled to many of our state’s forgotten communities, my efforts taking me to Main Streets that had more rats then people.

“Well, we always need to be ready in case a business comes calling,” a man in Great Falls told me. I had congratulated him for keeping the downtown clean and neat, even though nothing had been open for years.

But then there were too many towns where no one gave a damn, where people just milled around with nothing to do and no hope in sight. Helping hand, what’s that?

When my friends ask me about my travels, no matter how descriptive my answers, no one has ever said, “I want to go on your next trip.”

“Do you think you can write an Americana column?” Parthiv [editor of Khabar] asked me. We had first met when my friend, Roopal Jain, had asked him to review a book that she and I had co-authored about the experiences that she, my wife, and I had during a 2007 trip to India.

“It needs to run for at least five years.”

Are you kidding me? Five years is forever! Oh, no. He’s serious.

“No problem.” Hey! I am very American!

Americana began. And now it is time to remove the writer’s mask.

My friends, the reviewer is right. I am Dorothy. She traveled the Yellow Brick Road hoping to find a heart, courage, and smarts for her companions, and a return to Kansas for herself. I travel America’s roads searching for our nation’s lost traditional values and hoping to find my way back to the Hudson River Valley. The attributes that once tempered otherwise harsh capitalism—humility, grace, and charity—have faded. Religious leaders and their followers, the very people who should be saying, “No, that’s wrong,” now embrace a morally challenged president who brags about money, wealth, and power. And yes, there are times when I wish with three clicks of my heels, I’d like to return not to Kansas, but to 1963 and the Hudson River Valley.

Before I place the final period to Americana, I wish to thank a few people.

Thank you, Mehul Parekh, for your inspired layouts and designs! Your work added the “pop and sizzle” to my monthly efforts.

Thank you, Suzanne Sen, copy editor, for your attention to detail and willingness to say, “Wait, Bill, how about this?” The same holds true for my supportive wife. Thank you, Janis!

Well, Parthiv, this is our last mile, at least for this journey, and it has been terrific. What? Any regrets? Well, yes, I have one.

I regret that we met this late in our lives and not decades ago. I can imagine the two of us as boyhood friends digging in the dirt of the Hudson River Valley, searching for the past, just as we have done these past eight years.

My friends, including all of Khabar’s readers, it has been an honor. Thank you!

Americana has been a monthly column highlighting the cultural and historical nuances of this land through the rich storytelling of columnist Bill Fitzpatrick, author of the books, Bottoms Up, America and Destination: India, Destiny: Unknown.

Editor’s Note as the