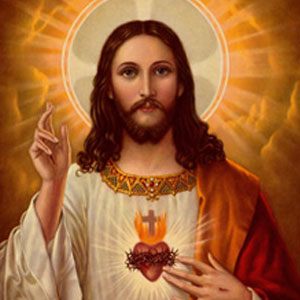 For many Americans, Christmas is a time to exchange cards and gifts, decorate homes with Christmas trees and sparkling lights, and enjoy a special dinner with friends and family. For Christians, it’s foremost a time to celebrate the birth of Jesus Christ, through whom, Christians believe, everlasting life can be attained.

Over two thousand years ago and in the humblest of circumstances, a child of destiny is born in Bethlehem. His birth, life, and subsequent death will cause earthly kings to kneel, hasten the decline and fall of the Roman Empire, and change the course of world history. In his name, popes will maintain armies, plot with kings to conquer the lands and convert the people, and approve the Spanish and Goan inquisitions. In his name, Mother Teresa will minister to Calcutta’s outcasts. In the name of Jesus Christ, we celebrate Christmas.

The world’s two billion Christians believe Jesus Christ is the son of God, through whom we gain everlasting life. Church doctrine states that only through Jesus can the world’s people gain eternal salvation, a belief in direct opposition to those who view Jesus as nothing more, or less, than a spiritual guru.

Who, in fact, is Jesus Christ?
Before we study the basic tenets of the Christian faith, I wish to note that I have no authoritative answers or academic credentials for the task at hand. Like most Americans, I was born of Christian parents and inherited their faith. I will die a Christian. But that is not to imply that my path has been unquestioning, or easy. It has been rocky, in truth, much more akin to a bus ride from Shimla to Kochi than a private jet from the Vatican City to Jerusalem.

“In just seven days God creates the earth, and the earth is good,” Sister Mary Williams told our first grade class. She said that God populated the earth with creatures, including the first man, Adam. Seeing Adam is lonely, he creates Eve, and for a time the pair live happily in the Garden of Eden. Then the devil, disguised as a serpent, convinces Eve to disobey God’s orders and eat of the forbidden fruit. “One bite and you will become the equal of God, that’s why he ordered you not to eat it,” the devil whispers. Eve eats the fruit, and the downfall of mankind—sin and disobedience to God—begins. The story of creation is contained in the rollicking first book of the Bible, called Genesis.

Later in Genesis, and in subsequent chapters of what Christians call the Old Testament, we learn of faithful men, like Abraham. When God demands that Abraham kill his son, Isaac, as proof of his obedience, he prepares to do so. At the last moment an angel appears, praises Abraham for his faith, and orders Abraham to free his son. Because the story of Abraham and Isaac is in the Jewish Torah, the Islam’s Koran, and the Christian Bible, the three religions are called “Abrahamic faiths.”

Moses is another one of the Old Testament’s greatest heroes. During the time of the pharaohs, he leads the Hebrew people out of Egyptian bondage and toward God’s “promised land.” During his journey he climbs Mount Sinai and encounters God. He receives from God the stone tablets containing the famous laws we know of as the Ten Commandments.

The Old Testament contains stories that date 4,000 years, to the time of the Egyptian pharaohs. By no means, however, are all the books of the Old Testament considered “settled history,” for there is hardly universal agreement as to which stories are exaggerated, which are allegorical. For example, in Genesis we read that God created the world in six days, and there are Christians who believe this is literally true. How are we to interpret the story of Noah? God appears to Noah and tells him to build an ark, and when completed, to load two of each kind of animal on board. Then God, disgusted with humanity’s evil ways, floods the earth and kills the people.

Several years ago, I taught Sunday school to our church’s high school kids. They are bright kids, so when I asked, “Who wrote the Bible?” I expected sharp answers, but that is not what I got. As a group, they answered “God,” so I told them no, that’s stupid, how could God personally write the Bible?

Sigh. That’s another bad answer, I told them, worse than the first.

The first half of the Christian Bible, the Old Testament, details Hebrew history, heroes and prophets from the days of the pharaohs to the birth of Jesus. The second half, the New Testament, primarily consists of four gospels, and letters from the famous evangelist, Paul. It is in these texts where we read about Jesus, his life and his teachings. Christians include the Old Testament in the Bible because some Jewish prophets foretold of a coming “king,” to be born of the “House of David.” Christians believe the king was Jesus, but those of the Jewish faith do not.

Decisions on what to “canonize” in the New Testament were made by church leaders, 300 years after Jesus was crucified. Gospels written by evangelists known as Matthew, Mark, Luke, and John were included, while hundreds of others, including some much different than the four canonized gospels, were not. Christians believe that such selections were ‘God-inspired.’

The New Testament begins with the gospel of Matthew. In just a few short sentences, he captures the Christian view of Jesus Christ and the familiar story of Christmas:

This is how the birth of Jesus Christ came about. His mother Mary was pledged to be married to Joseph, but before they came together, she was found to be with child through the Holy Spirit. Because Joseph her husband was a righteous man and did not want to expose her public disgrace, he had in mind to divorce her quietly.

But after he had considered this, an angel of the Lord appeared to him in a dream and said, “Joseph, son of David, do not be afraid to take Mary home as your wife, because what is conceived in her is from the Holy Spirit. She will give birth to a son, and you are to give him the name Jesus, because he will save them from their sins.”

The gospels of Matthew, Mark, Luke, and John, written at different times and for slightly different audiences, tell of Jesus’ ministry on earth. We learn that as a young boy, Jesus amazes the rabbis with his knowledge of Jewish law. But then, nothing! The gospels do not tell us what Jesus is up to for the next two decades of his life. When we next meet Jesus, he is beginning his adult ministry.

Matthew’s gospel is a brilliant and accessible work of literature. We are part of the excited crowd that hears Jesus preach, ranging from his surprising parables to his famous and soaring ‘Sermon on the Mount.’ We are eyewitnesses as Jesus heals the sick, exorcises demons, hugs the lepers, comforts the poor, feeds multitudes with a handful of bread and fish, and performs his miracles.

Jesus is relentless. When he sees money changers profiting from work inside the temple and screams, “You snakes and vipers, how will you escape being condemned to hell?” the end is near. On Good Friday, Jesus is crucified and dies on the cross.

For those who view Jesus as a spiritual guru, this is the end of the story.

For Christians, however, the story continues. If the story does not continue, there is no Christianity.

According to the gospels, on Easter Sunday, exactly three days after his crucifixion, Jesus rises from the dead and appears to his frightened apostles. Christian creeds and theology tell us that during the three days in question, Jesus had defeated Satan and his evil forces, and by doing so, provided everlasting life for all of those who believe. Jesus spends a few more weeks among his apostles before his final ascension into heaven.

On Christmas Day, the world will recognize the birthday of Jesus Christ. Ministers and priests will deliver predictable sermons, and later in the day there will be presents and a fancy dinner. It is a day of celebration for Christians, and for many Hindus, Buddhists, Jains, and Muslims, too; Jesus would not want it any other way. His is a universal message, and for that we are all blessed, including those of us who find ourselves bouncing on that rough road between Shimla and Kochi.