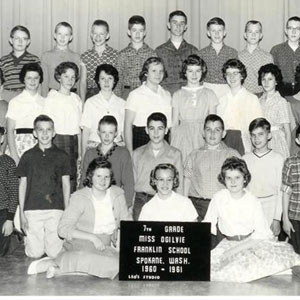 In 1960, America was 85% white. By 2050, it will be 45% white. Having grown up in a practically all-white world, the author muses about this major demographic shift of our times.

I grew-up along the banks of the Hudson River Valley in the town of Poughkeepsie, New York. Mine was an idyllic childhood, seemingly full of languid Indiansummer days. My sisters and I roamed the woods in the back of our home, sometimes to find wild raspberries, sometimes to simply play, sometimes to search for Indian arrowheads. When I would find an arrowhead, I’d feel connected to the not so distant past. I could easily imagine the voices and shouts of the native-American tribes as they made their way on well-worn footpaths that rolled high above the historic gray waters of the Hudson River.

I am sure that the Iroquois, Mohawks, and other tribes that once roamed modern America thought their days would never end, but they did, they surely did.

In 1960, America was 85% white. By 2050, America will be 45% white. The race of people who discovered the “New World,” wrote the American Constitution, established the notion of a self-determined man, and embraced the idea of American Exceptionalism, will soon make up less than half of our country’s population. I was born into that 85% world. If God extends to me a long life, someday I will become part of the 45%.

I thought the world of my youth would never end, but it did, it surely did.

Centuries from now, perhaps a novelist will write of America’s last white person with the same haunting elegance that James Fenimore Cooper wrote of the last native-American in The Last of the Mohicans. In the novel, the Indian, Chingachgook, tells his white friend, Hawkeye:

I am on the hill-top, and must go down into the valley; and when Uncas follows in my footsteps, there will no longer be any of the blood of the Sagamores, for my boy is the last of the Mohicans.

The transition from my lily-white world of the Hudson River Valley, to today’s blended America has been a dramatic one. Like first generation immigrants, we Baby Boomers also live in two worlds. One is the world into which we were born, an all-white world where very traditional and deep-rooted American values, such as personal responsibility, the importance of hard work, the value of education, the importance of religion, a belief in upward mobility, and American Exceptionalism were understood by all. This new world, one of blended races and diluted traditional values, we helped create.

Oh, how white was my early world!

In 1964, our Poughkeepsie, New York, classroom numbered over fifty white kids and one “other,” the Chinese girl, Vivian Wong. None of us in Sister Mary William’s fourth grade classroom had ever seen a Chinese girl before! In our class spelling bee contest, Vivian and Patrick Bromokamp competed for the championship. The girls rooted for Vivian, the boys, Patrick. Our allegiances were based on gender, not race. Throughout the remainder of my pre-college days, the handful of Chinese kids who attended my schools, by virtue of their uniqueness were popular and “cool,” by virtue of their work ethics, conscientiousness, and “smarts” were often elected to class offices. Their assimilation into our sub-culture seemed so natural and easy.

“The times are a-changin’,” the folk singer Bob Dylan rasped in a popular folk song from the 1960s, and they were. I was too young to know of the Civil Rights Act of 1964, President’s Johnson’s “War on Poverty” and plans for an racially inclusive “Great Society,” but I do remember what happened in the 6th grade when the teacher, Mrs. Walters, asked me to recount a current event from that morning’s newspaper. “Yes, ma’am,” I said, so I walked to the front of the room and told my peers that I had read in the Raleigh News and Observer that the government was beginning a free school lunch program. Shocked, for she had not read the story, the gray-haired Mrs. Walters told me, “Billy, such a thing would never happen in America! You have read it wrong. Please take your seat!”

In Mrs. Walters’ traditional America, there were no “free lunches.” To admit that you could not feed your own family would be tantamount to saying, “I failed.” If you watch a classic American movie made during the Great Depression era of the 1930s, you will see how humiliated the men feel when they have to reach out for government support.

In 1968, Dr. Martin Luther King was killed by a white man’s bullet. When we talked about the event in our 8th grade class, Sandra Mathews offered that her daddy said that King had it coming, that he was nothing but a trouble maker. There was no black voice in our all white classroom to share what their daddies had to say. In the American South, the desegregation of American schools and neighborhoods had just begun. Even as late as 1967, our Southern states had laws banning interracial marriages.

Angry at Dr. King’s assassination, and the slow pace of social progress, blacks burned entire city blocks in dozens of American cities. Anger is one emotion, hate another, and the latter is what the white supremacist group, the Ku Klux Klan (KKK) used in their efforts to keep the races separate. Wearing white hoods and sheets to conceal identities, they murdered black and white Civil Rights activists. On Sunday, September 15th, 1963, they bombed the 16th Street Baptist Church in Birmingham, Alabama. Twenty-six kids were walking into the basement assembly room to prepare for the sermon entitled “The Love That Forgives,” when the bomb exploded. Four girls were killed. A week before that bombing, Alabama’s governor and avowed segrega-tionist, George Wallace, had told The New York Times that to stop integration, Alabama needed a “few first-class funerals.”

The harbinger of better days began, at least to my mind, on the evening of November 22nd, 1968.

The original television series, Star Trek, promised to take us “Where no man has gone before,” and it did. For starters, the show featured a crew of different races working together, showing our weary nation that it could be done. Prior to Star Trek, our television shows usually featured all white casts. But Star Trek was different. The ship’s Communications Officer, Lieutenant Nyota Uhura was not just a beautiful woman in an important role, but she was black, to boot! In the iconic episode “Plato’s Stepchildren,” when she kissed the very white Captain James T. Kirk on the lips, NBC, the network that had the courage to air the show, braced for the backlash. After all, it was the first interracial kiss on national television.

The times were indeed, a-changin’.

On January 24, 1974, then California Governor Ronald Reagan delivered a notable speech, “We Will Be a City upon a Hill.”

We cannot escape our destiny, nor should we try to do so. The leadership of the free world was thrust upon us two centuries ago in that little hall of Philadelphia. In the days following World War II, when the economic strength and power of America was all that stood between the world and the return to the dark ages, Pope Pius XII said, “The American people have a great genius for splendid and unselfish actions. Into the hands of America, God has placed the destinies of an afflicted mankind.”

In the last 50 years, we have shown the world that people of different races and religions can not only mingle, but marry. Much work remains before we can be Mr. Reagan’s “City on a Hill”—I am concerned that our traditional values related to self-reliance, education, and family have been diluted across all ethnicities during the era in question—but we are moving in the right direction, of that much I am sure.