Americana: THOU SHALL NOT PLAY! 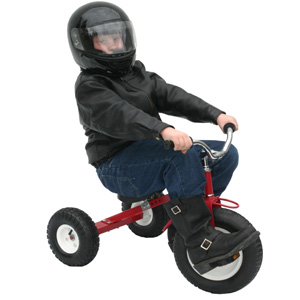 Or at least not in a fun, spontaneous way, lest you may be injured. That seems to be the message of today’s hyper-attentive parents. A brief look at the history and culture of American play reveals that today’s overprotective society has replaced Puritanical values as the villain that's against the good old carefree fun that characterized the author’s childhood days.

Once Upon a Time, and it was a long, long time ago, children played what they wanted, where they wanted, with whom they wanted, all without adult supervision. In this fantastic, almost unbelievable world, kids built forts, climbed trees, squashed bugs, played cowboys and Indians, looked for arrowheads, mined for gold, picked raspberries, built strategic pathways, dammed creeks, explored new territories, and learned to look out for each other. After hours of this dangerous, life-threatening play, they would somehow emerge from the woods unharmed, find their bicycles, and race home, making it back just in time for dinner.

None of my sisters, none of my friends, none of my current same-aged adult friends can recall a single injury from all this reckless, unsupervised play, unless you count a few minor cuts and scratches. The last time I saw a group of kids just playing without adult supervision was in 2007, and for the love of God, I was in India! Sure, I remember my visits to India’s famous landmarks, but I also hold dear the memory of that poor village where I watched a bunch of kids playing cricket on an unmarked, uneven, weed-covered field.

David Code, a therapist, is a columnist for The Wall Street Journal, and author of the bestselling book, To Raise Happy Kids, Put Your Marriage First.

Today’s number-one myth about parenting is that the more attention we give our kids, the better they’ll turn out. But we parents have gone too far: our over-focus on our children is doing them more harm than good…that’s why children seem to have many more problems nowadays than we did, or our parents did. By killing ourselves to provide a perfect, trauma-free childhood for our children, we’re wasting our energy.

To make sense of these disturbing trends, we need historical and cultural perspective.

America’s earliest and most influential settlers, the Puritans, took a dim view of play. These were pious, God-fearing people who equated play and “idle hands” as the work of the devil. Some historians now argue that the Puritans were not as harsh as we first thought, but I am not so sure. For example, Pastor John Robinson once sermonized, “And surely, there is in all children…a stubbornness, and stoutness of mind arising from natural pride, which must, in the first place, be broken and beaten down.” Preachers Thomas Shepard and John Cotton claimed that some types of play diverted children from serving God. The most famous Puritan of them all, Cotton Mather, argued that even babies were sinners, asserting that “the Devil had been with them already.” Another Puritan preacher, Samuel Moody, advised that children should “often be thinking of Christ while they are at play.”

It is easy to imagine a young boy of that era nodding at the Puritan preachers, solemnly promising, “Yes, indeed, I will think of Christ while I play,” even as his mind races ahead to an afternoon of devilish play. It is easy for me to imagine that era because a couple hundred years later I was that kid! Were you?

Children then, as they do today, had to negotiate two very different worlds. The adult world is filled with rules and restrictions, while the other, the child’s play world, is rich and rewarding. Today, for reasons I will shortly explain, the growth of the former is grinding the latter, to dust.

During the Colonial Era, America was a rural, unsettled land. Life was short, work on the farm was hard, and there was precious little time for play. During this time, when time could be found, play-games were often practical. Girls, for example, might “play” by learning how to cook and sew, and boys, to fish and hunt. Because the average family sizes were large—a dozen or so kids would not have been considered unusual—siblings played with each other. Sure, parents might join in for an evening game of cards or marbles, but kids played with kids. Parents simply did not have the time or energy—then—to interfere with children’s play. Prodded by “experts,” they would, at the dawn of America’s Industrial Revolution.

Maria Kraus-Boelté, who helped introduce the German concept of “kindergarten” into the United States, wrote in 1875 that “American children must be taught how to play.”

Luther Halsey Gulick and G. Stanley Hall argued that each phase of childhood required particular forms of education and other activity appropriate to a child’s biological and cultural development.

John Dennison Champlin and Arthur Elmore Bostwick wrote a treatise on tiddlywinks, as well as instructions on how to organize—get ready—snowball fights.

Organizations such as the Boys Scouts, the Girl Scouts, the YMCA, and YWCA were formed as safe alternatives to the unsupervised after-school activities that they believed were endangering America’s youth.

One New York City reformer declared, “That which parents do not or cannot control in the private sphere of the home, the city must control in the public spheres of park, playground, schools, and recreation centers.”

Little League baseball, founded in 1939, had as its charter:

Through proper guidance and exemplary leadership, the Little League program assists youths in developing the qualities of citizenship, discipline, teamwork, and physi-cal well-being. By espousing the virtues of character, courage, and loyalty, the Little League Baseball and Softball program is designed to develop superior citizens rather than superior athletes.

How did kids react to all this structure?

One 11-year-old girl from Worcester, Massachusetts, remarked, “I can’t go to the playgrounds now. They get on my nerves with so many men and women around telling you what to do.”

City boys ignored the rules, carved out their own “space” on New York City streets, and created an iconic American baseball game called “stick ball,” an era memorialized by the comedian George Burns:

When we played baseball we used a broom handle and a rubber ball. A manhole cover was home plate, a fire hydrant was first base, second base was a lamppost, and Mr. Gitletz, who used to bring a kitchen chair down to watch us play, was third base. One time I slid into Mr. Gitletz. He caught the ball and tagged me out.

Still, despite the increasing interference of parents, experts, and outside agencies, Dr. Howard Chudacoff of Brown University considers the years from 1900-1950 as the “Golden Age” of unstructured play. Cities still had vacant lots for kids to play in freely, middle class homes featured mysterious attics and cellars, and playmates were still plentiful. I was born, and played, in the extended golden twilight.

Every Baby Boomer in America knows those letters, and cadence, as the theme song to the wildly popular 1950s-1960s television show, The Mickey Mouse Club. For the first time in the history of American play, a company, Disney, had a medium to market its toys directly to children. Other companies, such as Mattel with their Barbie dolls, took note. Soon, moms and dads who used to decide what to buy for their kids now had to listen to the “I wants…”. According to Dr. Chudacoff, this commercialization of children’s play, and the accompanying time investment in television (and now computers), are the two major themes of the adult domestication of play in the last 50 years.

After I had completed this story, I performed a Google query on “Wiffle Ball,” a baseball game that my friends and I played with the requisite plastic bats, plastic balls, and imagination. See, in our suburban Raleigh neighborhood, there was no vacant lot or public park to play even Wiffle Ball, except for my parents’ front yard. Thankfully, Mom and Dad never cared that their front yard was perennially brown, the grass scraped clean of grass by three young boys playing their imaginative three-person game, hour after hour, summer after summer. My query yielded the following story from the April 19, 2011, issue of the New York Daily News:

ALBANY - State bureaucrats have identified a potentially deadly hazard facing our children this summer… Wiffle Ball. And classics like Capture the Flag, Steal the Bacon, and Red Rover are also deemed dangerous in new state regulations for day camps.