An Interview with Shyam Reddy 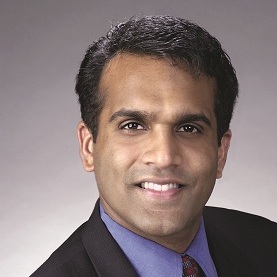 Vivek Kundra was appointed CIO of the White House by President Obama, and Kiran Ahuja was appointed as Executive Director of the White House Initiative on Asian Americans and Pacific Islanders. Joining this wave of young and entrepreneurial South Asians appointed to high-profile positions in the Obama Administration is Georgia native Shyam Reddy, who in March became Regional Administrator for the Southeast Sunbelt Region of the GSA (General Service Administration). Reddy, who made a bid for Georgia’s Secretary of State in 2006 and most recently worked as a partner at Kilpatrick Stockton LLP, a law firm in Atlanta, oversees all of GSA’s operations in Alabama, Florida, Georgia, Kentucky, Mississippi, North Carolina, South Carolina and Tennessee—including management of federal real estate and information technology.

Khabar interviewed Reddy in the sitting area of his high-floored office, lit by the ample sunlight beaming in from the huge glass windows of the old stone laid Federal Building.

Any lessons learned during the run for Secretary of State?

Looking back, it wasn’t my time then but it’s my time now. I am looking forward to look my son in the eyes, when he can understand and appreciate (he’s 11 months old now) when I tell him that I served in this historic administration and was able to actually move the ball forward on a more sustainable and healthy environment for Americans.

How did the appointment to your current position work? Did you lobby for it?

I don’t know how it works. All I know is that there were very important people in government associated with the administration who knew me and who also had a seat at the table, to be in a position to recommend me. I was recommended and I received a call. I have a young family, so we had a quick meeting to discuss this opportunity. Being a partner in a big law firm and building a practice, helping move, helping to grow was an excitement. I love doing deals and miss it. I miss working with all those clients of the firm but right now, it’s my time to serve and when you get “that” call, you don’t say no!

What is your typical work day/week and what does the routine entail?

Well, first of all, it’s very busy. ?Day-to-day, [it’s] a mixture of meetings with my management, meetings with mayors and other local elected officials across the region, interfacing with senators and congressmen, dealing with management issues, whether it be employee-related or customer issues or purely operational stuff. Then there is the community piece where I’m partnering with local community organizations to leverage GSA’s resources for the community, from a sustainability standpoint, it’s not just about building a lead-certified building. It’s about supporting sustainable communities, it’s about building buildings with joint-use facilities, it’s about health and wellness, using federal land to host farmer’s markets—that’s something that I’m looking into as well. There’s a lot of travel across the region, I’m being asked to be involved in certain national initiatives as well, so there is travel to DC. ?In essence I am the CEO of an organization with a thousand employees, billions of dollars and procurement responsibility and oversight over 41 million square feet of real estate, that is in essence the job I have.

Speaking of money, the current administration is under a lot of criticism with this whole stimulus funding and increased transparency issues. With you at the helm for the Southeast region and the magnitude of the dollars involved, what is your observation about stimulus? Is the stimulus working? Secondly, how does your role help in emboldening the transparency issue?

When the President was a U.S. senator, his signature issue was open government and transparency. He has actually asked the GSA to lead on that as well. ? Through our technology systems and our management, we are using our technology infrastructure to create web portals and the like to start releasing data and other information across multiple agencies to the public. We’re facilitating more communication between government and the public, making it more accessible and making it more transparent. ? Unless there is a national security reason or some regulatory reason not to provide information, we’re providing it. My instructions to GSA employees is unless there is a good reason not to, we’re providing the information. So, with respect to our region, out of five and a half billion dollars we’ve obligated close to $260 million here in our region. Hopefully, with the next set of obligations we might get up to $300 million in this region. ? the stimulus package along with other initiatives has turned the economy around. We’re starting to see payroll numbers go up, we’re starting to see unemployment go down. In fact, we’ve had three consecutive months of decreases in the unemployment rate here in Georgia. We’re seeing it all across the country too.

This being an appointed position, is there a timeline?

Well, yeah, there is technically; I serve at the pleasure of the President.

With respect to Asian roots, with you being in the office, how does it benefit Asian Americans in a larger sense, not just necessarily to feel comfortable to apply for sub-contractual work, small business opportunities, but overall?

I think, more than anything else, it provides a public face for the South Asian community. South Asian community has contributed in numerous ways to the economic and cultural fabric of America and we have significant contributions in medicine, technology, engineering, you name it. Until the last few years, we really hadn’t done as much in public service or in Hollywood. Now, we’re starting to see, I mean, practically every show seems to have a South Asian actor on it now or actress. And in public service, there are a number of South Asians who have been appointed to very significant and critical positions. Given our love of country and our educational backgrounds and the fact that we offer a very unique perspective, although many of us are native born, just based on our own experiences, I think we can play a valuable role in moving this country forward. So, for me, it’s really about serving as an inspiration to other South Asians who may look at the process and be a little intimidated by it but if I can do it then anyone can do it, you know, I’m just 35 years old. But objectively speaking, there are a number of others who can serve as an inspiration to young South Asians to pursue public service and to step outside their comfort zone and do something other than medicine or law or engineering or computer science.

This may not directly relate to your office but what do you think of the warming of relationships between U.S. and India?

I think that the U.S.-India relationship is definitely getting stronger in an exponential way. It is critical I think and increasingly important for the largest democracy and oldest democracy to be partners, moving forward on so many issues of global significance, whether it be nuclear non-proliferation to national security, to public health and welfare, to the AIDS epidemic, there are so many different issues in which we can partner and assist one another to promote life, liberty and the pursuit of happiness. So, I think it is getting stronger. I know that our President is committed to establishing and continuing to have a strong relationship with India. I think we can be effective partners on a number of those fronts that I just mentioned, including economic growth.

Of course, you know, I’m a strong believer that each individual success is a function of several things. Number one is a function of hard work, being in the right place at the right time but probably more importantly, the help of others and through my work at TiE and other community organizations. I sat on the boards of the School of Public Health at Georgia through the Georgia Alumni Association, Common Cause of Georgia and then all that other community service that I did on top of the work I was doing at the firm. All that experience really helped prepare me for this role because it exposed me to different people from different backgrounds and different ideas and through those immersive opportunities, I learned a lot. And you know, my involvement in TiE for example is just a reflection of my believing in cultivating the entrepreneurial spirit in everyone. Whoever you are, you got to have some kernel of it. Some happen to be more entrepreneurial than others but it’s important that we do what we can to just cultivate that entrepreneurial spirit.

In closing, if you were to summarize your counsel to the young readers, to the young Asian Americans who are now looking at people like you and feeling that they are empowered to make a difference, they’re empowered to contribute, what would you say?

I would say and my first thought is, don’t ever give up and don’t ever think that you’re not worthy of an opportunity that might be out there and if you don’t see an opportunity, do everything you can to create the opportunity. I believe that the South Asian community has a lot to contribute. I believe that our country really symbolizes hope, symbolizes opportunity. It is true that the American Dream is alive and well and I think it’s important for the South Asian community to be part of that process and to be living out the American Dream. If you’re interested in public service, then don’t let anyone hold you back, don’t let anyone ever tell you that you can’t accomplish one thing or another; you just have to go for it. Look at people like me and say “If he can do it, I can do it too” because I was just a regular, everyday guy who grew up in a small town in middle Georgia, [population] 17,000 people. I went to a public school my whole life, went to college and grad school and law school, all through the support of my friends and my family. If not for my parents and their support, I couldn’t have succeeded it. Along the way, if not for the support of those who advocated for me or who gave me opportunities, my law firm or elsewhere, I wouldn’t be where I am today. So it’s a matter of getting out there, not being invisible but being seen and taking advantage of every opportunity that’s given to you and then on top of that giving back to the community.

[Viren Mayani has over 20 years of executive management experience in IT, real estate, retail and government organizations. Most recently, he served as Business Manager in former Atlanta Mayor Shirley Franklin's Executive Offices.]