Behind ‘Rising India’ lies the surrender of national dignity 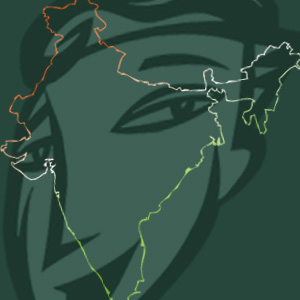 Food prices become intolerable for the poor. Protests against corruption paralyze the national parliament for weeks on end. Then a series of American diplomatic cables released by WikiLeaks exposes a brazenly mendacious and venal ruling class; the head of government adored by foreign business people and journalists loses his moral authority, turning into a lame duck.

This sounds like Tunisia or Egypt before their uprisings, countries long deprived of representative politics and pillaged by the local agents of neoliberal capitalism. But it is India, where in recent days WikiLeaks has highlighted how national democratic institutions are no defense against the rapacity and selfishness of globalised elites.

Most of the cables – being published by the Hindu, the country’s most respected newspaper in English – offer nothing new to those who haven’t drunk the “Rising India” Kool-Aid vended by business people, politicians and their journalist groupies. The evidence of economic liberalization providing cover for a wholesale plunder of the country’s resources has been steadily mounting over recent months. The loss in particular of a staggering $39 billion in the government’s sale of the telecom spectrum has alerted many Indians to the corrupt nexuses between corporate and political power.

Even the western financial press, unwaveringly gung-ho about the money to be made in India, is getting restless. Early this year, the Economist asked: “Is Indian capitalism becoming oligarchic?” – a question to which the only correct response is “Hell-ooo.” Recently in the Financial Times’ Indian business dynasties have been described as “robber barons.”

The intimate details about politicians revealed by WikiLeaks still leave you speechless. What can one say about the former cabinet minister, a fervent spokesman for low-caste Hindus, who demanded a large bribe from Dow Chemical Company, which is being helped by senior American officials to overcome its association with the gas leak at the Union Carbide factory in Bhopal that in 1984 killed and maimed tens of thousands of Indians?

Indeed, the cables reveal US business and officials to be as embedded in India’s politics as they are in Pakistan’s. Publicly opposed to the nuclear deal, the leaders of the Hindu nationalist BJP are at pains to reassure American diplomats of their pro-US credentials, even dissing their murderous Hindu nationalism as opportunistic, a mere “talking point.” (as characterized by Arun Jaitley, revealed in the India Cables leaked by WikiLeaks)

The cables offer many such instances of the ideological deceptions practiced by the purveyors of “Rising India.”

Not surprisingly, the Americans have developed contempt for such representatives of the world’s largest democracy, who seem to validate Mahatma Gandhi’s extreme denunciations of parliament as a “prostitute”. Hillary Clinton gets right to the point in a cabled inquiry about Pranab Mukherjee, the finance minister widely tipped as India’s next PM: “To which industrial or business groups is Mukherjee beholden? Whom will he seek to help through his policies? Why was Mukherjee chosen for the finance portfolio over Montek Singh Ahluwalia?” – the last named is a reliably pro-US technocrat.

But no one stands more diminished by the leaks than the prime minister, Manmohan Singh, one of the former employees of the World Bank and IMF who have helped make India safe for oligarchism. It has long been common knowledge in political circles that Singh removed his oil minister in 2006 for the latter’s allegedly anti-American advocacy of a gas pipeline to Iran.

Visiting the White House in 2008, Singh induced a nationwide cringe when he blurted out to the most disliked American president ever: “The people of India deeply love you.” (Even George Bush looked startled.) This love unblushingly speaks its name everywhere in the WikiLeaks cables; even the racketeers of Pakistani military and intelligence appear dignified when compared with the Indians stampeding to plant kisses on US behinds. Singh has presided over an ignominious surrender of national sovereignty and dignity.

There are many more dramatic revelations in store from WikiLeaks and The Hindu; these are tense days and nights for many politicians, business people and journalists. They probably hope the bad news is buried under cricket fever. They will also try to prove their fealty to the father of the Indian nation – last week politicians vied with each other to threaten a sensitive study of Gandhi by the American writer Joseph Lelyveld with proscription. But there is nothing more un-Gandhian than this supra-national elite’s wild cravings for power and wealth, and its indifference to suffering – a pathology of economic globalization that Egyptians and Tunisians will soon learn elected governments don’t cure, and even help conceal.

[Pankaj Mishra is an Indian author and writer of literary and political essays. His book The Awakening in Asia and the Remaking of the Modern World will be published later this year. Source: Pankaj Mishra/Guardian News & Media Ltd. This article is a condensed version of the original appearing in The Guardian, U.K.]