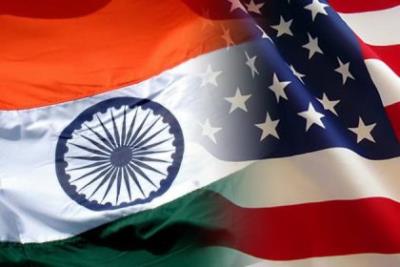 The new legislation seeks to elevate India to the same status as America’s NATO allies and was just introduced in the Senate.

Despite the pageant and symbolism of lavish state dinners and a nuclear accord, the Indo-U.S. relationship was drifting: there was an inattentive, chalta hai attitude in both Washington and New Delhi. Not anymore. The U.S. is now investing in a long-term strategic partnership with India, and has identified China’s growing military assertiveness as a threat. Since the U.S. and India are not treaty allies, Democratic Virginia Senator Mark Warner and Republican Senate Majority Whip John Cornyn introduced legislation in the Senate on May 9 to institutionalize the U.S-India security partnership.

“This bill supports strengthening our bilateral relationship, particularly in defense, and bestows upon India the status it deserves as a partner in promoting security in Asia and around the world,” said Senator Warner after introducing the bill in the Senate.

The U.S-India Defense Technology and Partner-ship Act seeks to elevate India to the same status as America’s allies in the North Atlantic Treaty Organization, as well as its other major treaty partners like Japan, Australia, New Zealand and Israel, for the purpose of arms-sales notifications. Both China and Pakistan are likely to sit up and take note of the new legislation as many countries have sought and been denied this coveted status.

“As an important partner with a flourishing economy, India has huge potential as a market for American defense manufacturers,” added Senator Warner.

Warming Defense Ties
The legislation underscores the dramatic change in today’s political environment. Prime Minister Narendra Modi, who is likely to address a joint session of the U.S. Congress in June, will further cement bilateral defense ties during his visit to Washington. The Modi government knows it cannot aggressively pursue military modernization without access to advanced U.S. weaponry and technology. Of course, Prime Minister Modi has his work cut out: he has to sell the pact to New Delhi’s sometimes rigid defense establishment, people who struggled through the era of harsh U.S. sanctions after Atal Bihari Vajpayee’s government conducted the 1998 nuclear tests.

Former Foreign Secretary of India Kanwal Sibal has in the past articulated that lingering resentment when he said the U.S. has done more than any other country to damage India strategically over the previous 60 years. As per a quote in John Elliot’s Implosion: India’s Tryst With Reality, Sibal said, “It had done this directly by curbing the development of India’s strategic capabilities, by imposing nuclear and space and missile related sanctions, and by applying stringent export controls on transfers of high-technology. Now the US is undoing a lot of those negative attitudes and expects us to be pro-them, but we say, ‘You are only undoing things you did against us, so we owe you little.’ By contrast, said Sibal, who was ambassador to Moscow after retiring as foreign secretary, “Russia has rarely let India down.”

Given the billions Washington pours regularly into Pakistan, many in the Indian defense establishment have steadfastly worked to ensure India remains on good terms with trusted old friend Russia as a source for arms, including S-400 surface-to-air ballistic missile defense systems and Sukhoi fighter jets.

However, in a telling sign of a bolder strategic engagement between Washington and New Delhi, the U.S. may be willing to examine the sale or joint production of missile shield systems to help New Delhi guard against nuclear threats. U.S. Secretary of Defense Ashton Carter, who has vigorously pushed for an effective defense partnership over the past eight years, first mooted this idea in 2012. But without key legislation in place, the Americans have had to watch from the sidelines while New Delhi approved the procurement Defense bill signals America wants to make India its military partner of Russian S-400 systems. Last year, India became the second foreign buyer of the advanced Russian surface-to-air ballistic missile defense system after China.

According to defense analysts, the U.S. is hoping to sell India the Patriot Advanced Capability-3 (PAC-3) missile defense system but India is more interested in building its own systems with U.S. technology and help. The ‘hit-to-kill’ American PAC-3 missile is the world’s most advanced and can destroy enemy-fired tactical ballistic missiles carrying weapons of mass destruction, advanced cruise missiles and aircraft. During Operation Iraqi Freedom, a mix of PAC-3 missile interceptors and PAC-2 air defense missiles destroyed a series of short-range ballistic missiles fired by Iraq.

Pakistan, China Take Note
Pakistan and China will obviously follow any U.S-India anti-missile cooperation with great interest, as cooperation in this area is not only an indication of their shared strategic interests, but also has implications for India, which is developing its own indigenous Ballistic Missile Defense (BMD) system to defend against both Pakistani and Chinese missiles. India started its own indigenous BMD program in 1995.

President Barack Obama had India clearly in his sights when he responded to China’s growing regional ambitions by launching a new ‘pivot’ towards Asia in November 2011 (later softened to a ‘rebalancing’ of America’s Asia focus).

In East Asia, Delhi is broadening its strategic engagement with the U.S. allied countries of the Western Pacific. The changes have been most profound with regard to Japan, which is fast becoming one of India’s closest partners in the region. India has found common ground with regional capitals alarmed by China’s claims in the South China Sea, and Delhi has become a vocal proponent of freedom of navigation there.

“India’s role will depend on whether it has the will–and maybe one day the economic strength–to play a leading role in world affairs. Either way, the new relationship with the United States has to be seen as a positive development, provided India maintains its independence as a friend and partner,” said John Elliott.

Business Case for Defense Ties
The powerful U.S.-India Business Council (USIBC) hailed Senators Warner and Coryn’s leadership in introducing this bill in the Senate. The legislation has been sent to the Senate Foreign Relations Committee for review and awaits Congressional ratification.

Republican Congressman George Holding from North Carolina introduced similar legislation in the House of Representatives in March this year. There is bipartisan support for the bill in the House Foreign Affairs Committee and the House India Caucus.

“The commercial and security imperatives for a robust defense partnership between the U.S. and India could not be clearer. Defense trade has risen from some $300 million to over $14 billion over the last 10 years and there is every reason to expect it to rise further,” said USIBC President Mukesh Aghi.

The Indian military is considering purchasing major weapons systems from American companies. The countries are also holding talks on the supply of F-16 and F/A-18 fighter jets for the Indian Air Force.

The Modi government has pursued three “foundational defense agreements” — the Logistic Exchange Memorandum of Agreement (LEMA), the Communication and Information Security Memorandum (CISMOA) and the Basic Exchange and Cooperation Agreement (BECA). The previous United Progressive Alliance government opposed these three agreements as they argued that they would undermine India’s policy of nonalignment. The logistics agreement will allow both countries to access each other’s supplies, spare parts, and services from military bases and ports, making it easier to coordinate their military activities.

The Modi government has asked the United States to modify the agreements so that India’s security and sovereignty are not compromised.

If the U.S. Congress ratifies the US-India Defense Technology and Partnership Act, the military in both countries will also be able to collaborate and work on missions that are of mutual interest, such as humanitarian assistance and disaster relief, counter-piracy and maritime domain awareness. The bill is moving through Congress at a time when the Indian Navy will participate in “Exercise Malabar” along with the navies of Japan and the United States. The trilateral naval exercise, scheduled for June, will be held in Japanese waters east of Okinawa.

The new legislation will benefit India, as after that, there would be less export control on India regarding technology, especially dual use technology. In 2012, President Obama eyeing high-tech defense sales, moved India to a more favorable category of countries consisting of members of the Missile Technology Control Regime, but there are still elaborate licensing requirements on many sensitive U.S. technologies that go to India. This new legislation is expected to cut the red tape and bureaucratic hassles for India.

Uttara Choudhury is editor, North America for TV 18’s Firstpost news site, and a contributor to Forbes India. She has been covering India-U.S. defense and foreign policy issues for over two decades.