Books: A Passion for News and Fiction 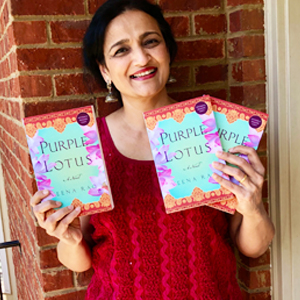 Veena Rao is the publisher and editor-in-chief of NRI Pulse. Founded in 2006 by Rao as a monthly print newspaper and portal for the Indian-American community, it is still going strong. The Limca Book of Records has featured Rao as the first Indian woman to edit and publish a newspaper outside India. And now comes Purple Lotus, her debut novel, which is about an immigrant woman’s struggle to alter the preordained course of her life. With this accomplishment, Rao has expanded her role as an Indian-American storyteller.

While most desis are familiar with the acronym, do people inquire what NRI stands for?
Yes, all the time. When I launched the NRI Pulse website as an online magazine in 2004, I was a recent immigrant. I identified as a non-resident Indian. However, down the years, the publication has evolved, along with my own sense of identity. NRI Pulse is an American media outlet that serves a niche segment of American society. But rebranding is a major undertaking and involves a detailed strategy: something I’ll get to when I find the perfect new name! Readers are welcome to send in suggestions.

How does your experience as a journalist influence your works of fiction? Do you naturally switch gears and revel in the freedom to craft a plot, or do your instincts as a reporter constantly question your simulated setting?

It was the love of writing that got me into journalism, even though I quickly realized that newspaper reporting is less about writing and more about conveying the news in concise words. You don’t make things up when you write a report. On the other hand, a novel is completely make-believe. I have enjoyed the liberty of crafting a whole world inside my head, then bringing characters and situations to life on paper. I love going deep within myself to find out why my characters behave a certain way. Having said that, I must add that some of the themes that Purple Lotus explores—abuse, patriarchy, shame, right to self-determination, mental health— may be the result of my work as a journalist. These are topics that we need to talk more about.
In Purple Lotus, the protagonist Tara survives the whirl of cross-cultural currents. How closely does Tara’s journey reflect the lives of those you know? Is there a personal narrative interlaced with Tara’s experiences?

When I started to write Purple Lotus, I had the title, but no story. So, I put my six-year old self on a train to Mangalore in the opening paragraph. That was a trip my family actually made in 1975. But, by the second chapter, Tara had evolved into a separate individual, with a story of her own. My challenges in life were quite different from hers, but there are certain incidents from my own life that I decided were interesting enough to include in Tara’s story.

For instance, when I moved to the U.S., I was terrified of driving. For the first five years in this country, I relied on others to take me around. I failed the driving test six times. When I finally got my driver’s license on my seventh attempt, my friend Frances West helped me find a beat-up car at a pawn shop. I took it home for $650.

My two-door Mitsubishi Lancer helped me hone my driving skills on the backroads of Atlanta. I got on the busy I-85 for the first time to get to the printing press in Jonesboro to load up my car with crisp copies of the first issue of NRI Pulse. It was like driving to the top of Mount Everest!

I included my driving story in Purple Lotus because it’s a good metaphor for a new immigrant’s life of starting afresh and overcoming odds to survive. Only three characters in the book closely resemble real life people. My rock star friends Frances West and Nancy Haden were thrilled to find that they have been fictionalized as Ruth and Dottie. Uncle Anand’s character was based on my Uncle Prakash, who was wiser and gentler than most people I know, but fell victim to the voices in his head until his death in the late nineties. 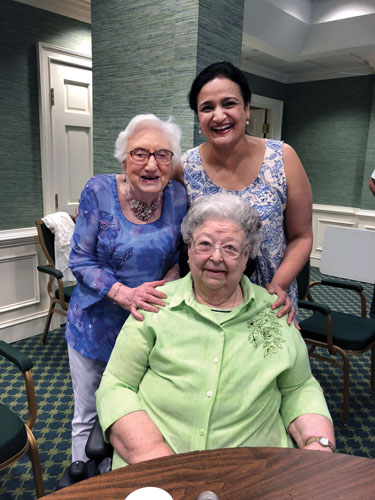 Did you know all along how you were going to craft the end of the story, or did the end reveal itself gradually?

I struggled with the second half of the book. It took several years of writing, and many drafts with completely different plots and character arcs before the final story took shape. There are so many characters that didn’t make it to the final draft. It was an intense, often frustrating process. I learned to write fiction as the story developed. I often joke that writing Purple Lotus gave me chronic gastritis. Was it worth it? Absolutely!

Tell us about the process of publishing a novel. What was the most challenging aspect?

Every aspect of the publishing process is challenging. I’ve received tons of rejection letters from literary agents over the years. One agent even said my protagonist was “frustrating.” Last year, I happened to come across a Twitter post about the She Writes Press and SparkPress Toward Equality in Publishing (STEP) manuscript contest that was open to women of color. I entered the contest without any expectations. I had experienced enough rejections to hope for a positive outcome. Imagine my shock and joy when I was notified by the publishers that I had won the contest and a book deal! Now that my book is getting ready to be born, the challenge is to find innovative ways to market my book during the pandemic. Fortunately, book sales are up in the last quarter, so that’s a good sign.

Did you select the title Purple Lotus? How does it relate to the story?

I thought of the title even before I had an idea what path the story would take. The lotus is such a beautiful symbol of rising above one’s circumstances. It germinates and grows in murky waters but rises tall toward the sun. The purple colored lotus is rare and symbolizes self-awakening, a motif that fits Tara’s growth trajectory perfectly.

You have a keen eye for detail and an innate understanding of human behavior. Did you always want to be a writer? What has been the most gratifying aspect of your career as a wordsmith?

When I was in school, I wrote detective stories with American characters for my Indian classmates to read during lunch break. My family expected me to grow up to become a famous writer. Then, life happened. I became a journalist. I moved to the United States in 2001. A few years later, I launched NRI Pulse and was consumed with the challenges of running it. I didn’t get back to creative writing until ten years ago. 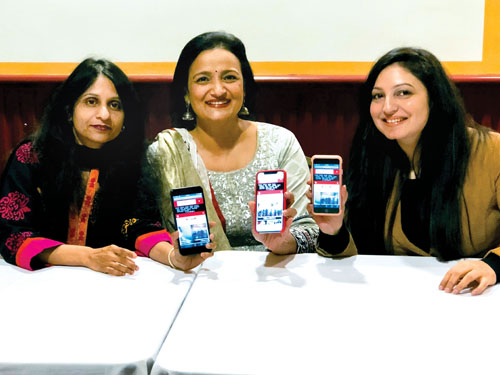 When I started writing Purple Lotus, I was a journalist attempting to write fiction. Not only had I not written fiction since high school, I had even stopped reading fiction. So, it was a very messy learning process. I had to read and truly understand the works of Indian-American novelists like Jhumpa Lahiri, Kiran Desai, Chitra Banerjee Divakaruni, and others before I could even begin to write. When you read as a writer, you look at stories with different lens, paying attention to every word. My understanding of human behavior might be the result of being a good listener and an empathetic observer of the world around me. Having a day job as a journalist also helps.

What advice would you proffer to aspiring desi writers attempting to articulate the immigrant experience within the paradigm of fiction?

The publishing industry is beginning to address its whiteness problem, thanks to the Black Lives Matter movement. This is the right time for us authors of color to claim our voice. Write, hone your craft, persevere. It is only a matter of time before your publishing dream comes true.

Purple Lotus opens in a gritty compartment of a train chugging along a beaten track in India. Much like the train that must follow the pounded path, the protagonist, Tara, is set forth on a preordained journey. Caught in the clutches of an arranged marriage, she is transported to America—a landscape as alien to her as the Sahara would be to a lotus. The fear of the unknown and the might of tradition tether her to a loveless marriage. Tara is held hostage by her own family.

Abused by her husband but rescued by strangers, Tara mines in herself the strength to alter the course of her life. What was once set in stone, she repaves with the kind of grit that is forged only by the fires of abandonment. All along, Rao offers glimpses of Tara’s feistiness, giving the reader hope that she has the gumption to break free from the shackles of tradition; the vim and wisdom to out dare the words of an oracle thrust upon her as a child: “always respect and obey your father and mother: your parents are God in human form.”

When Tara’s mother bids her to keep the dismantling of her marriage under wraps, lest it sully the family name in society, Tara retorts, “I was planning to invite all those gossipy people to my apartment for dinner.” Embedded in a society that revels in schadenfreude, her parents castigate her choices. But Tara trudges on, tackling each obstacle with newfangled audacity and resolve. She learns to engineer her own freedom in the face of mounting disapproval. Rao reveals Tara’s triumphs as delicately as one might unfold the silky yards of a fine-spun kanjivaram sari. A job, a modeling stint, living independently, finding love after life takes a heavy toll—Rao sets up these milestones, these monumental victories for women like Tara, with nuanced fanfare.

Elegant imagery embellishes this evocative narrative like soft clouds in a sunlit sky. “Biscuit colored lizards”; “coffee so strong, it felt like a tall mug of bitterness”— Rao’s prowess as a writer dazzles across the pages. The intuitive configuration of characters and a carefully crafted cadence make the reading of Purple Lotus—a tale familiar to the Indian diaspora—a rewarding enterprise.


Reetika Khanna, author of Kismetwali & Other Stories, is an Atlanta-based freelance writer who likes to spotlight people with purpose. She has worked for ELLE and ELLE DECOR in Mumbai. She can be reached at reetikakn@gmail.com. To comment on this article, please write to letters@khabar.com.