Cinema: 3 Idiots and Beyond: Catching Up with Omi Vaidya 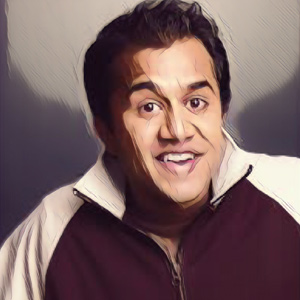 Who can forget Chatur, a.k.a. “The Silencer,” in the Bollywood megahit 3 Idiots? Cocky, manipulative, and mean by turns, he had audiences in splits with his bizarrely accented Hindi and brilliant comic timing. Omi Vaidya, then an unknown actor from the U.S. who played this extraordinary character, was the surprise package in the film, holding his own against superstar Aamir Khan. Khabar catches up with this talented actor on his spectacular Bollywood debut, his aspirations, the current status of Asians in mainstream American entertainment, and much more.

Omi, your biggest signature item is 3 Idiots. How did you get recruited by Aamir Khan?
Aamir Khan wasn’t a part of the casting process. It was actually the director who wanted me. A lot of people don’t know this, but I’m a trained filmmaker and film editor from NYU film school. After film school, I moved back to L.A. and I started editing feature films and writing [scripts] I wanted to make, but they were too Indian for America. So I thought there may be some opportunity in India.

When I went to India, a lot of people took meetings, but you know, back then it was all about stars—‘Get Salman Khan, get somebody in there and we’ll make the film.’ I was pretty dissatisfied with that experience. But on my way out, I happened, by coincidence, to meet the assistant writer of 3 Idiots who was working with Abhijat Joshi, who at that time was a professor in Ohio and doing part-time writing. My friend, who is Marathi (I had met her at a Marathi convention here in America), was helping him. She’s an Indian-American like me and we had kept in touch and she informed me that they were auditioning in L.A. for this film. I said, “I’m in India, actually.” So she said, “Oh, you should just go to the main office and audition.” I said, “I don’t speak Hindi, and I have no interest being in Bollywood films as an actor.” But my mom and my friends said, “You know, it’s an experience to audition.” I thought that was valid, so I decided to go over there and audition. They gave me some lines. It was a very hush-hush project and I was auditioning for Sharman Joshi’s role at that point. They had given me three pages and I couldn’t really read it. I didn’t know what it was saying; somebody had to explain it to me. I tried to perform it, and the casting director said, “You don’t speak Hindi!” I said, “Yeah, I told you guys this,” and she said, “Thanks.”

So I never really did the audition. I was just about to leave India and they said, “Can you come back in? This time, you can read at home and practice. We are going to give you some speech from Lage Raho Munna Bhai.” It was big, a very serious speech about injustice. I knew that I could never do it that way; I had never seen the film. But then they told me to do it, just be [me]. And that was really nice, because I have a really strong sense of myself. So I went in there and I had a lot of fun with it. I performed it in a way that made the person see that I didn’t understand what I was saying. But since I had no expectation [of] getting the role, I had complete confidence when I was there. They really liked that, and that’s sort of how they built this character. The result was way over my expectation. I was hoping that people may like me and maybe I’d get another project out of it. I never thought that my role would be the one that people would remember. 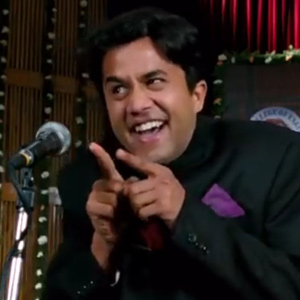 (Right) Vaidya aced the character of Chatur (“Silencer”) in the massive hit 3 Idiots.

When you accepted the role, even though you went in with the least expectation, were you already a comic back then?
I have a lot of training as an actor. I went to a special acting school in L.A. in high school and then I went to acting summer camps. Film school made me a better actor because I understood what directors were doing. I had a lot of experience, but because of my looks, because of my short stature possibly, I was always given comedic roles or side characters. Because of that, I became quite adept at comedy also. I just liked getting an emotion out of people, whether I was on screen or at a party. You don’t want to make people cry or offend them, so the easiest way to surprise them is to make a joke. And I just got very good at comedic timing. But with 3 Idiots even though it was a comedic role, I never considered it comedy. I know people are like, “Wow, that character is so funny,” but the reason that character played so well is because a lot of people said I didn’t overact. I really thought the comedy came from my timing and maybe my accent, but the things that Chatur wants in that film are very, very relatable. The reason he is such a nasty guy and so selfish is because those are things that people do; everybody knows a Chatur or they’ve been one. And that’s why that character was that way.

After that phenomenal experience in Bollywood, have your expectations changed? Are you now engaged in looking at those kinds of films?
I always look for real characters. Whether they’re funny or not, I try to find something human in the character. You know when a character just has one line and he says something funny, that’s okay, that’s entertainment, but what really gets me going is a challenging character. So, I’m always looking for something deeper to explore, whether it’s comedy or not.

Since your mother tongue is Marathi, have you considered Marathi cinema? There are some very solid Marathi movies, and Marathi actors are now being exported to Bollywood because of their professionalism and the progress of the industry.
It’s about their success as well. I’ve always known that Marathi films have had a different sort of quality to them than Hindi films; they’ve had that for years, Marathi and Bengali films, some South Indian films. The reason that regional films continue to do well is that they’re not competing with Bollywood. They’re doing something that is very true to that region. I really enjoy Marathi films. I find more honesty and truth in them, and I would very much like to make a Marathi film. As an actor, I think there’s a lot of scope. I have the novelty factor as well; I’ve never done a Marathi film. My Marathi is horrible! If you like my Hindi, you’ll love my Marathi.

With Marathi you can have a really strong message and you don’t have to get big stars. If there are investors out there or people who are interested in making Marathi movies, we have some funding already. I have a good story in mind about an Indian-Marathi boy who has to go back to India and basically learn what it means to be Marathi. So if anyone is interested, that is one of my life goals. It’s on my bucket list—to do at least one Marathi film. 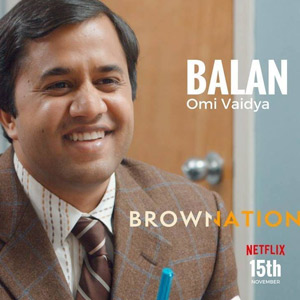 (Left) Appearing in Brown Nation, a Netflix comedy-drama series in 2016.

Do you think the stereotypical presentation of Indian actors has changed over the last couple of years? Do you think audiences view us in a different light, or is it still the same situation of calling upon an Indian actor only when there is an Indian character in the film?
Right, a few people have broken through. I can probably only name one. Dev Patel is perhaps the only one who’s probably been able to break the stereotypes. I mean, even his original film Slumdog Millionaire and others are pretty timid, but just in the last year or two he has been able to create action. He’s playing an action star, whatever, and that’s really nice and refreshing.

It is changing, but it’s very slow and unless the money follows, unless these stars are able to bring in the audiences just like other stars, then studios will not change. Even though there’s social pressure to change and they [respond] and they find Priyanka Chopra and other people to play the roles, they’re still not changing behind the camera. So even though we change the front end, make it look all shiny and good, it’s the back end that really needs to change. So yeah, it has changed, but I mean, Priyanka Chopra is still playing seductress, exotic woman, she’s not playing a scientist and other characters.

There’s a lot of stereotypes still hovering around, there’s still a lot of emasculated Indian men. They may not have accents anymore, but they are still not sexualized in the way that other [non-South Asian] men are. So, there are still barriers that need to be broken and some of them are in front, but most of them are behind. There’s very few Indian directors, Indian staff writers on TV shows, South Asians in general, and very few Muslims, too. Until we get that representation, things really aren’t going to change. 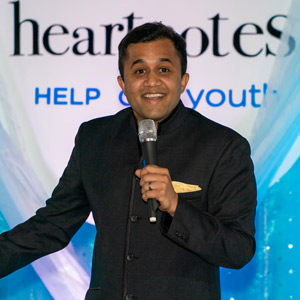 (Left) Omi Vaidya at the recent HeartNotes event in Atlanta.

And your notes to any aspiring Indian-American actor?
You really need to have support if you are going to succeed. In the Indian-American community, this field of work is not supported very well. You’ll have to get it either from your parents or your family or find it from someone else, and you’ll have to be strong. It is not a field you should go in if you want to make money or be famous, because the chances are very, very slim. You should do it because you love acting and love this world of insecurity. And it’s going to be very insecure, you’re going to be living with multiple people in your room. But when you get on stage and you feel that feeling and people respond to it, that’s very important—that they respond positively to your action. Then you know you’re doing something, and it’s not just for yourself. A lot of people are in this field because it’s only for themselves, that they feel some happiness. But I realized that that’s not enough for me, I have to do it for others. That’s why I’m here today, there has to be something that I’m giving back.

If you value the struggle, then this is a good field for you because there’s a lot of struggling, but there’s a lot of joy and exploration, too. So just find the support, and if your parents are very supportive like mine, then you are a very lucky person and you can pursue it. If you don’t have that support financially and emotionally, then I don’t know if the pain is going to be enough.

Viren Mayani is a finance executive by profession, a prominent liaison in the Atlanta Indian community, and a musician. He is a senior contributor at Khabar who frequently interviews leading personalities in arts, entertainment, business, and politics.