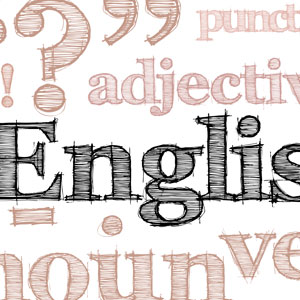 Has English been democratized or bastardized in India?

My mother was an English major. After earning her B.A. from a small liberal arts college in upstate New York, she started working on a Ph.D., also in English.

Raised in the elite clubrooms and halls of Anglophone India, schooled in the Western canon (“reading from Beowulf to Virginia Woolf”), studying English came naturally to my literary-minded mother. For one thing, it was the language she grew up speaking, at home and at school, even though Malayalam was technically her mother tongue. For another, it was the language vested with symbolic and cultural capital in the India in which she was raised.

There, in the Calcutta before Kolkata, my mother played Bassanio in The Merchant of Venice and memorized long passages of Shakespeare, which she would later utilize to great effect in schooling her two American brats. “The lady doth protest too much, methinks,” she’d quote from Hamlet, as I tried in vain to argue that I had practiced the piano after all.

She paraphrased Congreve in response to a film (“Hell hath no fury like a woman scorned”) and channeled Coleridge’s "Rime of the Ancient Mariner" during a drive down the California coast (“Water, water, everywhere / Nor any drop to drink”).

Wordsworth, she saved for a moment of whimsy: “Strange fits of passion have I known: / And I will dare to tell, / But in the Lover’s ear alone…”

My mother’s delivery was impeccable, thanks to years of training in “elocution,” an art of particular significance for convent-going schoolgirls of her set. Colonial hangover? Or, the peculiar predilection of Irish nuns? Whatever the case, thanks to her, I pronounced “laugh” like a good Britisher and was resoundingly “laughed” at by my American peers in the second grade.

I’ve been thinking about the history and legacy of my mother’s English a lot lately, now that I’m close to completing my own Ph.D. in Rhetoric. Despite the name of my department, I have been writing a dissertation in Global Anglophone literary and cultural studies—in other words, in English.

This was never my plan. When I went to college, I resolutely avoided the English department (though I would eventually earn a minor there), opting instead for the beguiling interdisciplinary formation of “Literature,” which was neither English nor Comparative Literature, but Critical Theory and Cultural Studies, by another name.

Unsure what my disciplinary home should be, I then applied to doctoral programs in a number of fields, including American Studies and Communication. English wasn’t among them. I was determined to stay away from my mother’s subject and carve out a field of my own (this is probably why my brother, an avid builder of computers, and I avoided my father’s area, too: Computer Science). I also didn’t fancy writing about literature, when there was a not-insignificant part of me that wanted to produce it instead.

Years later, and after considerable effort to school and re-skill myself in the disciplinary tradition, I can easily imagine teaching and conducting research in a Department of English. I’ve gotten over my ambivalence about English (the academic formation). What I’m left with, however, is the question of English (the language) itself.

Of course, this is not “my” question alone. Anyone interested in the literature of South Asia (for that matter, of the non-Western Anglophone world more generally) will be aware of the English language’s vexed history and status as a medium for the representation of South Asia. Just see Aatish Taseer’s recent polemic in The New York Times, “How English Ruined Indian Literature,” in which he argues that India’s “painful relationship” with English “has left it voiceless.”

This is an old debate. Writing in 2000, Vikram Chandra emphatically rejected a nativist position like Taseer’s, which he called “the cult of authenticity.” “English has been spoken and written in on the Indian subcontinent for a few hundred years now,” Chandra declared. “If Hindi is my mother-tongue, then English has been my father-tongue.”

On the one hand, the hegemony of English cannot be disentangled from the devaluation and endangerment of other languages worldwide. On the other hand, in countries like India, English has also been a vehicle for upward mobility, economic growth, and development, especially for lower-caste and class communities formerly barred access to institutions of English language acquisition and education.

Today, English is not only a global language, but also arguably an Indian language in its own right. Today’s young Indians speak an English more American in its orientation than British, that sooner cites Seinfeld than Wodehouse, and that is comfortably peppered with Hinglish and other vernacular slang.

Contemporary novels frequently thematize the development of this new, non-elite form of Indian English. As call center agent Shyam slyly tells the reader in Chetan Bhagat’s One Night @ the Call Center (2005), “My English is not that great…so if you’re looking for something sophisticated and highbrow, then I suggest you read another book with plenty of long words.”

Bhagat, the “paperback king” of India who far outsells the likes of Salman Rushdie and Arundhati Roy, is pointing to the decline of a certain elite English language, culture, and structure of valuation in India: the decline of the English embodied and spoken by people like my mother, who belonged to the last generation of urban, cosmopolitan Indians raised to be “more British than the Brits.”

Is the decline of this elite, Anglophone and Anglophile India something to celebrate or lament? Has English been democratized or bastardized in India? Or, is English now beside the point? As Samanth Subramanian wrote in 2014 in The New York Review of Books, much of India’s middle class now “prefers to read in its own regional languages.” In an “India after English,” he predicted, English would no longer serve as a gatekeeper to the halls of power and professional success.

As a scholar of English, I welcome this change in the language’s status and embrace the inevitability of its evolution. And I have a new goal for the next stage of my education: to read and write Malayalam.

Ragini Tharoor Srinivasan is a doctoral candidate in Rhetoric at the University of California, Berkeley. Source: India Currents.